Project Would Bring Salmon Back To North Yuba River

Dams have prevented spring-run Chinook salmon and steelhead from reaching their historic spawning habitat on the North Yuba River for 74 years.

That may change under a new initiative undertaken by state and federal wildlife agencies and conservation groups.

The goal of the Yuba Salmon Partnership Initiative is to create the first-ever collect and transport program in California.

The idea is to collect spring-run Chinook salmon and steelhead beneath Englebright Dam on the North Yuba and reintroduce them upstream, then collect and transport the juveniles back downstream so they can migrate to the ocean. 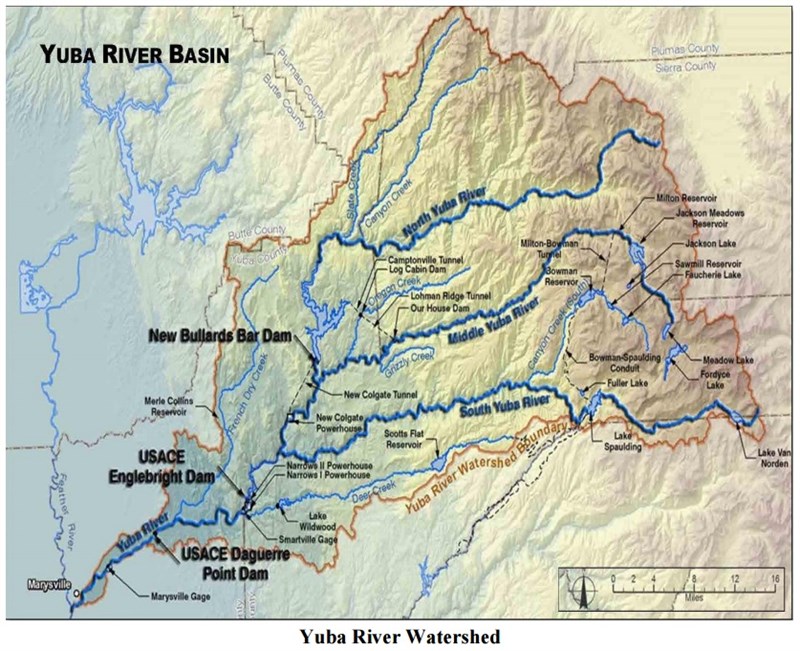 Wildlife agencies say similar programs in Oregon and Washington have been used to successfully move salmon around dams too tall for fish ladders.

"If we have a chance of bringing them back, this may be a way to do it, because 95 percent of their historical habitat is above these very large dams and they've been cut off from it in some cases almost a century," says Chuck Bonham, director of the California Department of Fish and Wildlife.

Bonham says the reintroduction project could cost $500 million over its 50 year lifespan. Yuba County Water Agency has agreed to pay up to $100 million. It could be several years before the program would launch.

Not all conservation groups think the project is a good idea. The South Yuba River Citizens League, or SYRCL, says the program is a "scientifically uncertain" means of restoring salmon. Read more about the group's concerns here.