Sierra Nevada Bighorn Sheep had almost disappeared over the last century because of interbreeding with domestic sheep and vulnerability to disease.

15 years ago their numbers had dropped to 100 in the California mountains. Now state wildlife managers are working with the National Park Service to restore the Bighorn to Yosemite and Sequoia National Parks. 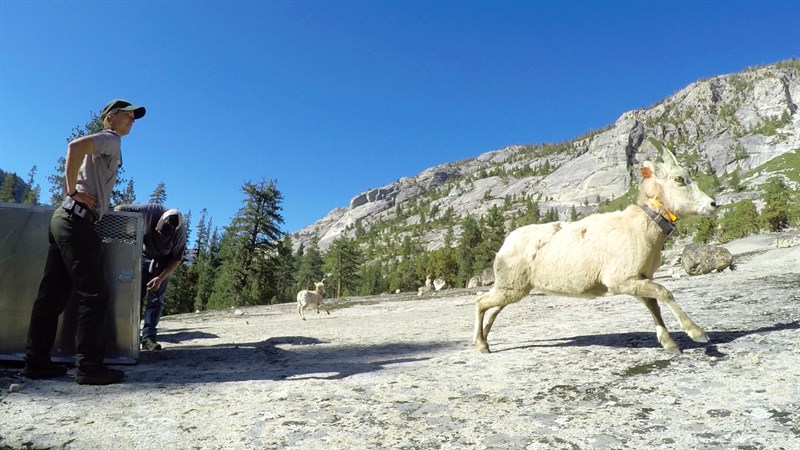 Yosemite Ranger Scott Gediman says sheep have been released in an area where the elevation ranges from 7,000 to 12,000 feet.

"We feel here in the Cathedral Range it's great for elevation, there's an adequate food source, it's just a perfect habitat for these animals."

Nine ewes and three rams have been released in Yosemite. Eight of the ewes are pregnant and will give birth in late April or early May.

Gediman says the animals have been fitted with radio collars so their movements can be tracked over the next several years.