Couples are busting square dance moves in Eagles Hall east of Reno. What makes this different from other dances is the caller, a live choreographer. Dennis Mastin is one.

The nation’s square dancing population has declined by 700,000 over the past 30 years according to United Square Dancers of America. Lawmakers in 31 states have tried to reverse that trend by making it their official state dance. A similar bill in Nevada has passed the Assembly, but there were nine votes against it. Linda Hartweg, Vice President of Oasis Squares in Fallon, Nevada is pushing the bill. She has heard some of the critics. 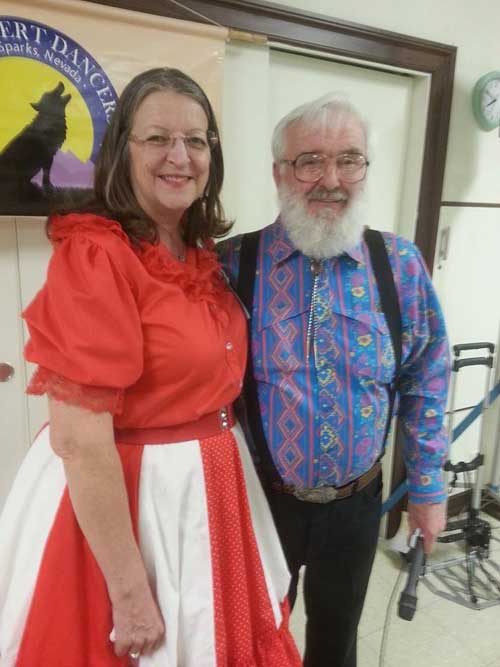 “They don’t really understand Square Dancing. They look at it as the old Western movies and kind of the hokey whole thing.”

All but one of the opponents are Democrats and all said said they have more important issues to debate. Dana Schirmer, Executive Director of the International Square Dance Caller’s Association says, asking lawmakers to spend their time on the dance has given it a “black eye.” Even so, he says membership has stabilized since states started sanctioning the dance. But it has not increased participation.

“No, I can’t really say we have. I think some of that is behind the scenes that has helped certain organizations and certain clubs in certain states as far as their promotion.”

All sides agree that competition from other entertainment has contributed to declining participation. Schirmer says, one bright spot is that younger callers are coming on the scene. That’s critical, because without callers, there’s no dance, law, or no law.

Sacramento hopes to pay ‘community ambassadors’ to advise on policy, help with outreach