Robert Synhorst is the Project Field Manager for the Icon Venue Group. Icon is managing the Entertainment and Sports Center (ESC) project for the Sacramento Kings.

For Synhorst, who is from Sacramento, working on the massive urban project poses "a lot of challenges."

"It's a challenge to build a building from the inside out," said Synhorst. "To take up between three and four city blocks right in the downtown urban core, a site this size, is unique."

The Sacramento Kings say the estimated total cost of the ESC is $477 million, with an estimated cost of $250 million for the adjacent mixed-use project, which includes the Downtown Plaza Tower. The 16-story building will include 250 hotel rooms, 69 condominiums and space for offices, shops and restaurants. It will also feature a public lobby.

Synhorst described the project while standing on the structure that will become the Kings practice facility, which towers above the massive hole where the arena is being constructed.

"There were two existing levels of parking in the former men's Macy's building that we have preserved and we will reuse," said Synhorst. "We'll have two practice courts not too far from here and we'll have a couple floors of clinics and offices above that."

Looking down at the deep "pit" there are bulldozers, cranes and dozens of workers. 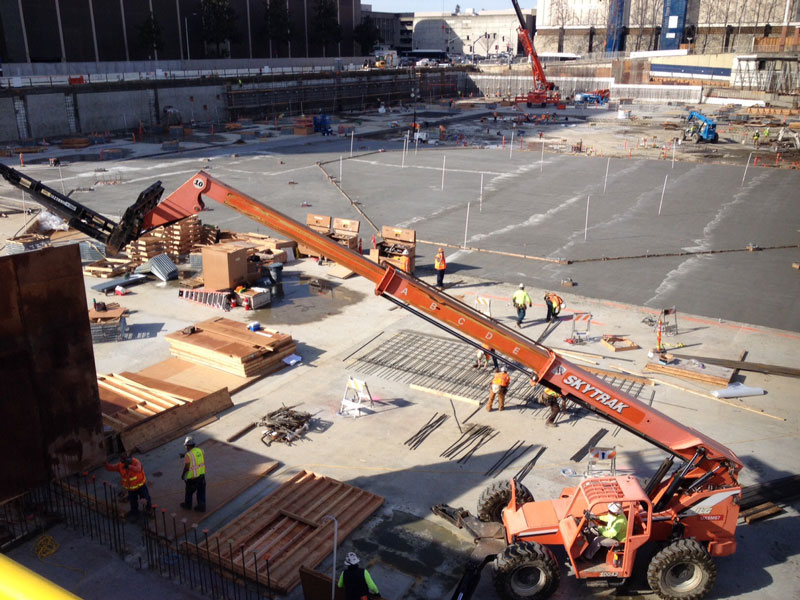 "We do have a bunch of elements going on inside the 'big hole,'" said Synhorst. "We have concrete pours going on, we still have some exposed soil where we're digging for the big footings. But if you were to stand here last summer, you'd be looking at the Downtown Plaza Mall, which we spent at least three months demolishing."

"It's one thing to build a state-of-the-art, technologically-advanced arena maybe in more of a surburan location where there is parking lots around you, but to be right downtown in between two of the busiest corridors in Sacramento, creates some planning challenges," said Synhorst.

Timing the many elements of the project construction is key, he said, because there is no storage space outside of the site.

"Figuring out a way to get up to 210 concrete trucks in for a pour without impacting traffic is part of it and, when the steel framework is constructed, we have to do it from the inside out," said Synhorst. "For example, when the steel arrives on trucks, we don't get to do a traditional method where we would take the steel off the trucks and store it on the site. We actually have to time it so that the truck arrives with the right steel and then we have to be ready to immediately pick up the steel with the crane and put it into place."

Synhorst said the project will average about 200-300 workers a day over the two years it takes to build the arena. 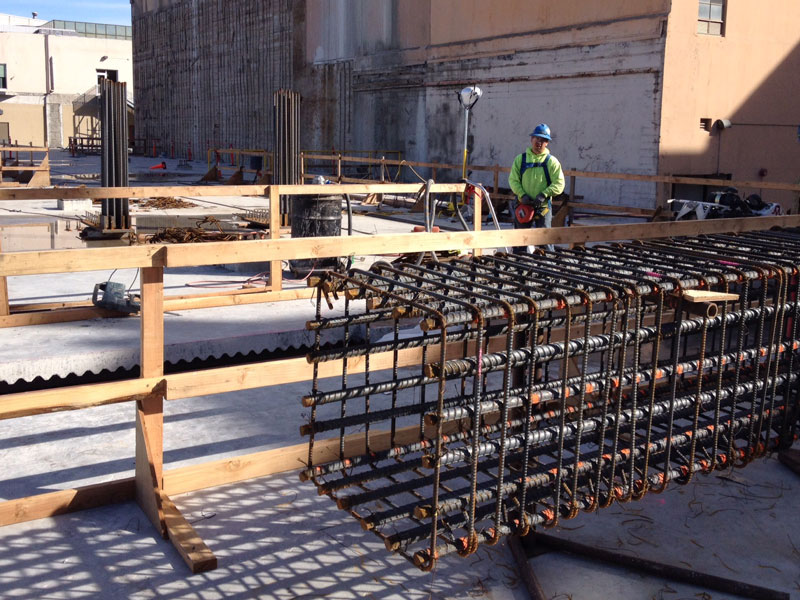 “About 150 workers a day are on the site as the foundation work continues,” Synhorst said. “As we get closer to the end of the project, we’ll probably have 500 to 600 workers a day as we work on the interior and put the finishing touches on the project.”

The ESC is expected to be finished in fall 2016.

"To see an NBA arena come to life, and then hand over the keys to the client and give them their building is probably the single biggest moment for me," said Synhorst.

But, he added that as a "construction guy" the big steps toward the finish is a highlight too.

"Watching the steel get erected, when we see the big roof trusses come in to create the dome shape of the roof, to see those steel guys putting that into place with the big cranes, that's going to be really exciting for me to see the structure come to life ... it's going to be pretty fun, pretty amazing," Synhorst  said. 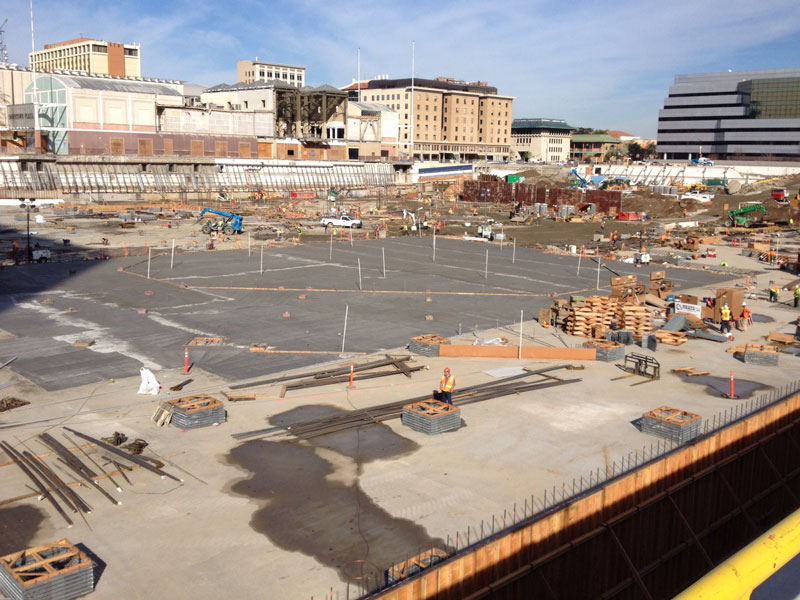