Thousands of people marched through Sacramento today to honor the civil rights leader,  Dr. Martin Luther King Jr.  Many of King's speeches were re-played along the parade route. The marchers walked or rode from Oak Park to the Sacramento Convention Center. 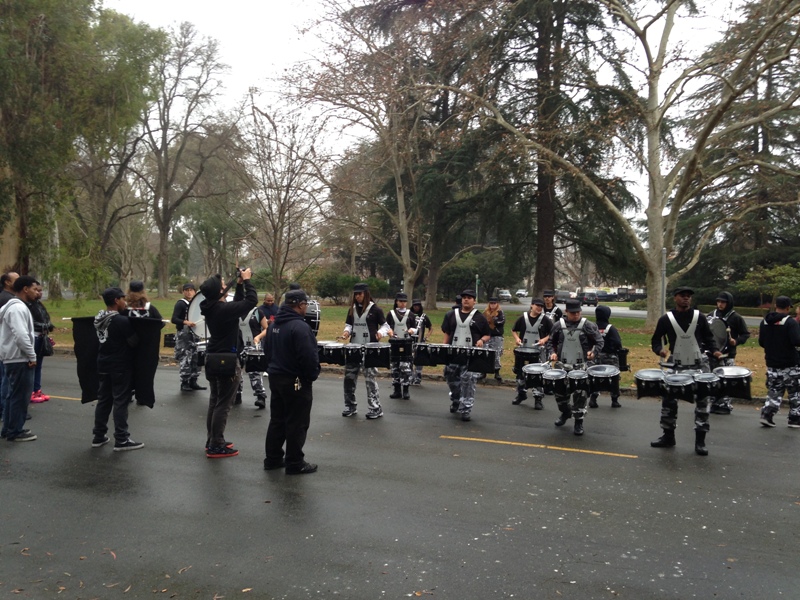 Demariye Smith is a member of the Sacramento State Black Alumni Chapter.

He says a recent visit to the King Center in Atlanta this year has given him a better appreciation of the civil rights leader.

"Lot of times, you see the history books and you kind of get a general idea of what Martin Luther King was, but when you actually get to see his notebooks, what he wrote, you know, stuff that isn't published," says Smith. "This means a lot more to me because I gotta a greater perspective of who the man was and where he was coming from." 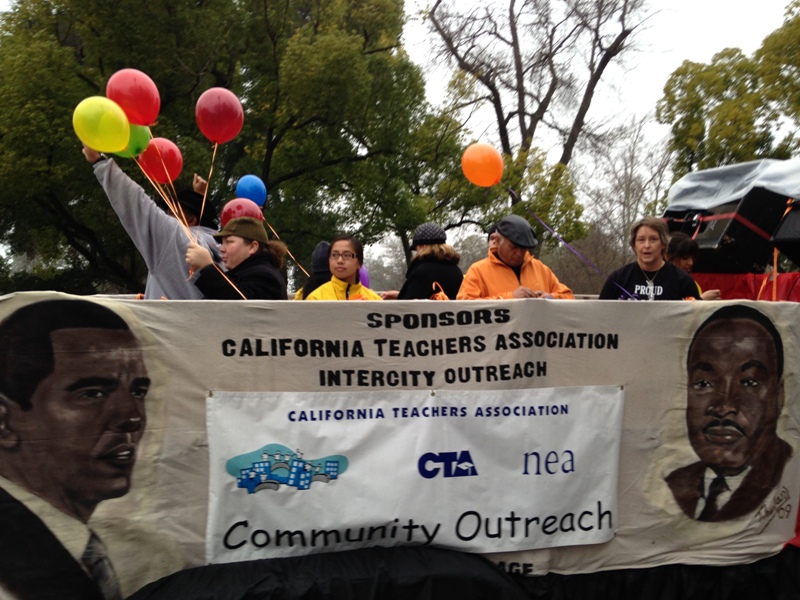 Jackie Morris-Henderson heads the Sacramento State Black Alumni Chapter. She says she has seen an increase in young people  involved in the civil rights movement.

"Because there's been preliminary protests already, I think it's bringing in a new generation of understanding what's going on and what their input is as individuals," says Morris-Henderson. "Because we have so many people that always think someone else is gonna do it and they are realizing they are the someone else's." 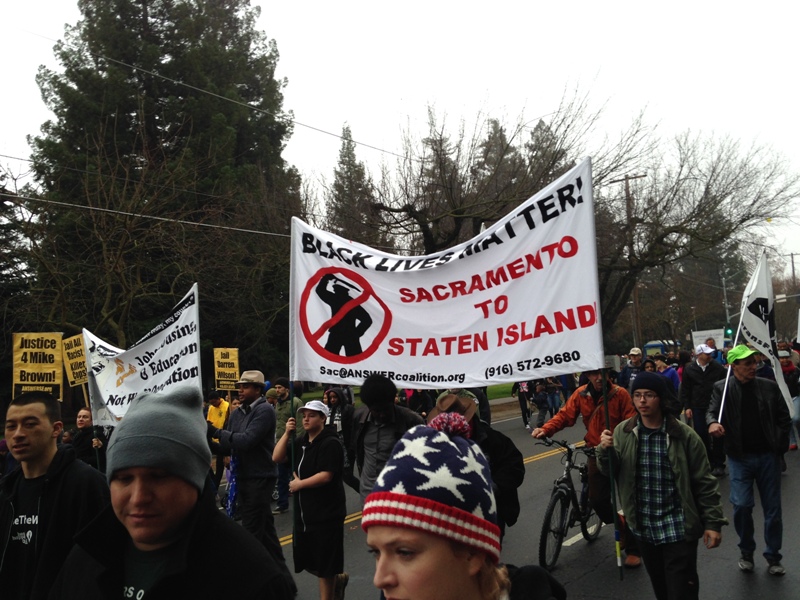 Of the thousands of people marching from Oak Park to the Convention Center, about a dozen protested incidents they call police brutality that have occurred in other communities.

Sacramento Police Captain Don Davis was marching in his fourth King Day parade. He says the parade is a great way every year to bring communities together. 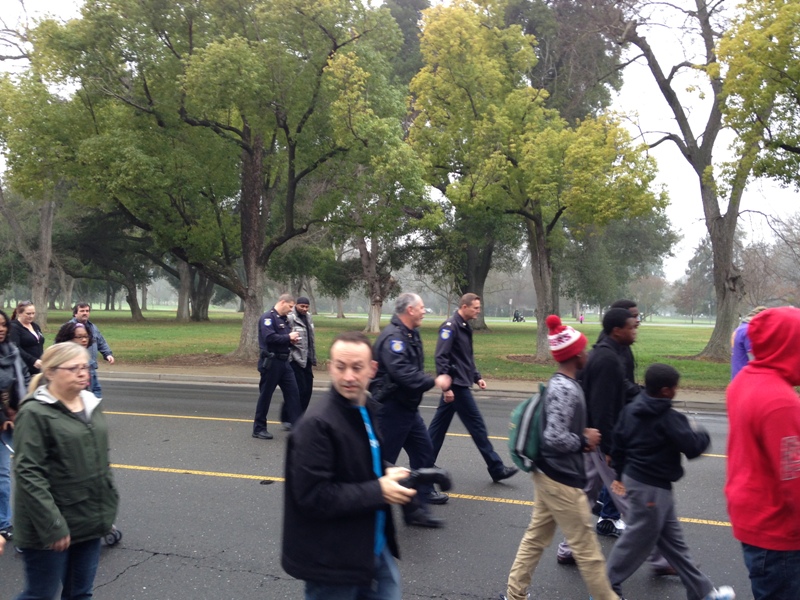 "I don't know if it's any more important this year than it is in past years," says Davis. "We want to maintain those partnerships that we've developed.  You have a foothold in the community and we want everybody to know that."

Entries in the parade included the Natomas High Marching Band, Miss Black Sacramento, and the Just For Corvettes car club.