Nevada state wildlife officials used a new trap to capture a black bear sow and her three male cubs Thursday morning on the west side of Carson City. The bears got a new lease on life when they were released into the wild Friday.

The Nevada Department of Wildlife said the four bears were safely released back into the wild Friday morning in an area west of the city. 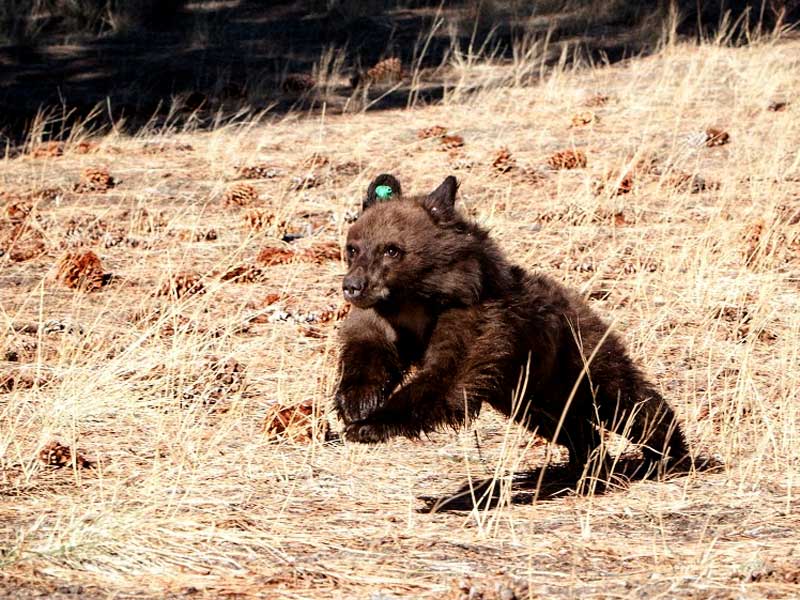 In a news release, officials said the bears were on the verge of becoming “conflict” bears before the capture. “They had been raiding garbage cans and searching for fallen fruit from trees,” said NDOW biologist Carl Lackey.

He said the wildlife agency used a new trap, with multiple trap chambers, to capture the bears. The sow was tranquilized outside the trap and placed in a secure chamber of the trap while the cubs were in a tall tree.

But, when the three cubs came down the tree, they were caught in the second chamber of the “family trap.”

“That is how we were able to reunite the sow with her cubs,” said Lackey.

The release took place on early Friday morning in the foothills of the Sierra Nevada in Ash Canyon. 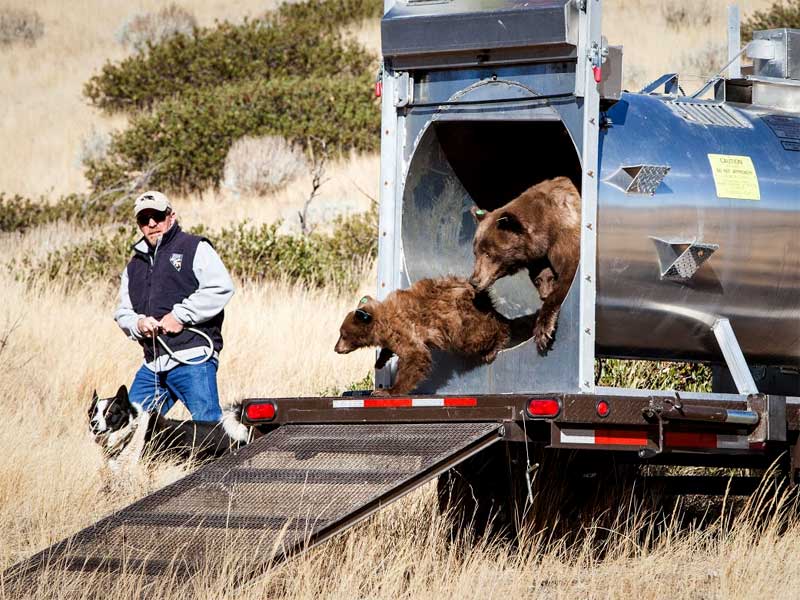 Because cubs were involved a “soft release” technique was used.

“During a soft release, we do not chase the bears with Karelian bear dogs because of the danger of separating the sow and the cubs,” said Lackey.

Nevada’s black bears normally begin hibernation between Thanksgiving and Christmas but can delay their sleeping plans if weather remains moderate and food is still available to the bears. 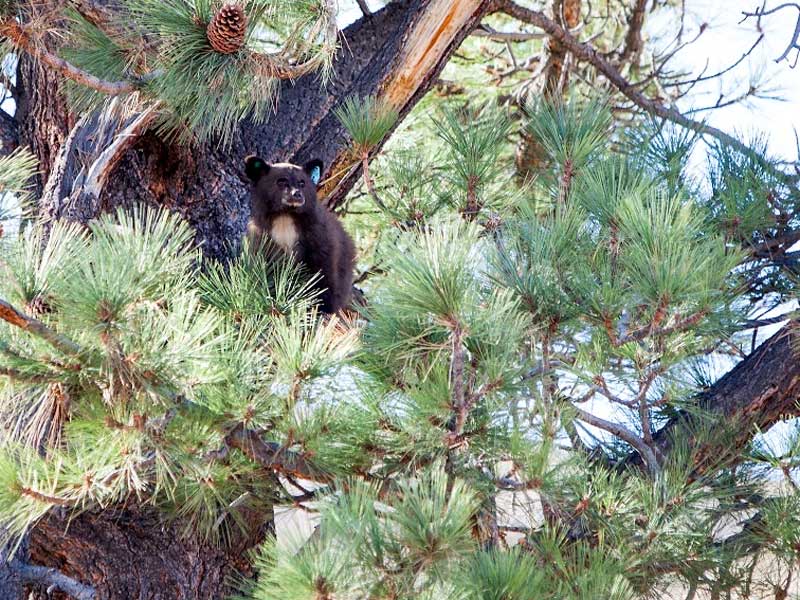