Businesses on the west side of the Downtown Plaza Mall hoped to be there when the new arena opened. All but three are now making plans to move.

One business that wants to stay is River City Brewing Company. It has been at the mall for 20 years.  Beth Ayres-Biro is a co-owner.  She says JMA Ventures won't say yes...or no to the question of a lease.

"They say they don't know and the blame it on whoever else, you know, 'It's out of our control. We don't know.' It's extremely frustrating and that's why we made the decision as business owners that, let's find somebody who does know and we did find out from a lot of business owners out there that they do know they want River City and there's no question about it."

Ayres-Biro says she is looking at ten locations that could be River City's new home. She says it could take as little as week to move and re-open the restaurant, but it hurts to leave.

"We've been here for, it'll be 21 years in the beginning of December that we've been here and we are the longest, locally-owned business on this side of town before hitting Old Sac. It just amazes me.  And, we're a brewery. I mean, breweries are the things that are going on right now." 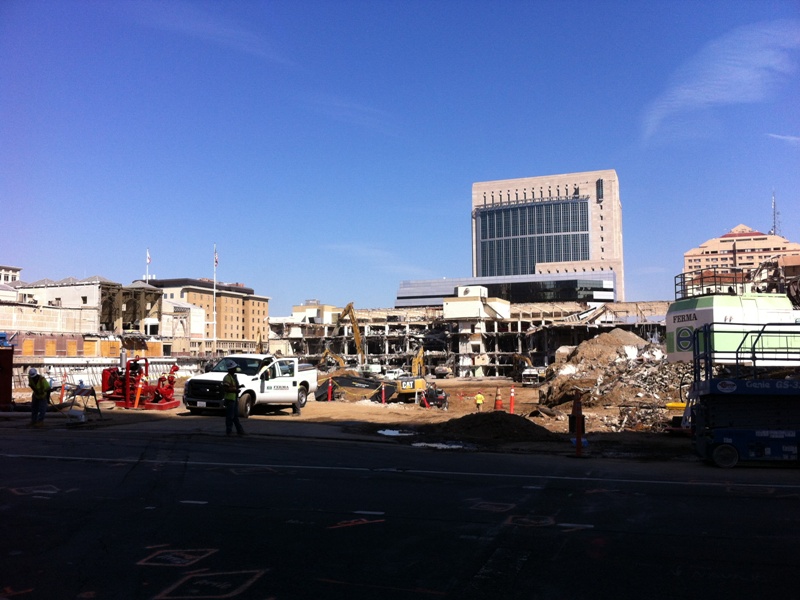 Crews are still working on demolishing the Downtown Plaza's east side. Next week, they are scheduled to begin tearing down the building at 560 J Street.

Stephenie Alstrom says "it's a bummer" the brewery is moving. She  walks to River City for lunch. She says she doubts she'll bring her business to whatever replaces River City.

"I'm not a corporate kind of girl, so, you know, if it's maybe another local restaurant, but, my loyalty is here. We've been coming here for a long time."

Hallmark, ladies clothing store Forever 21, and clothing and skate store Get A Clue are also still open.  Scott Gilbert co-owns Get A Clue. It was on the east side of the mall and moved to the west side in May. His lease will not be renewed. He doesn't know where his business will land.

"This was the right move at the right time. We knew what the situation was here from the get-go. So, there's no big surprises for us."

Only three businesses will remain in their locations: Macy's, 24-Hour Fitness, and Century Theaters. 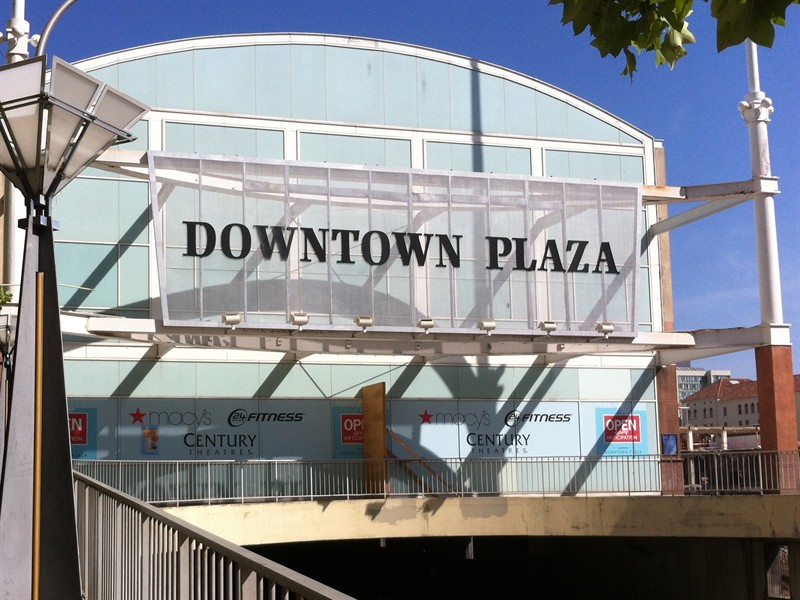