A line of fire trucks winds past smoldering trees and brush in the Sierra west of Lake Tahoe. Firefighters spray down hot spots in the smoky air as the King Fire rages a few miles away.  The scene is quiet, stark and slightly spooky. And it’s hard to relate it to the fire’s bustling base camp in the foothills about 20 miles to the west.

There, in a hall at the Placerville Fairgrounds, firefighters are still hard at work. But their tools are not hoses and shovels, they’re spreadsheets and calculators. They’re paying the bills. Food for 56 hundred people assigned to the fire, fuel for the trucks and other heavy equipment, rented bunks for tired personnel. The costs add up fast. Cal Fire Finance Section Chief Steve Hawks says the King Fire is costing about $5 million a day.

“We have a lot of small business that we do business with, he says. "And they can’t front money for very long before they potentially run out of money and threaten their business.”

Hawks says being on site lets him cut checks quickly.

"We have prompt payment requirements that we have to meet so we get here, we get set up, we process all the documents in a timely manner and get them sent down to the state Controller’s office for payment," he says.

There’s also the question of who’s responsible for what expense. With several different agencies working on the fire, it can be difficult to determine who will pay for a specific task. Hawks says the agencies engage in a lot of conversations to make sure the costs are divided fairly.

“Since we’re not out on the fire line and seeing what happens, we bring in all the divisions and branches, and we talk to them every day about what happened out on the line," Hawks says. "And whatever they tell us, because they know, then we use those figures to come up with who is paying for what.”

About 50 people are helping to make those decisions and write the checks. Most are firefighters who have also chosen to work in the finance section. 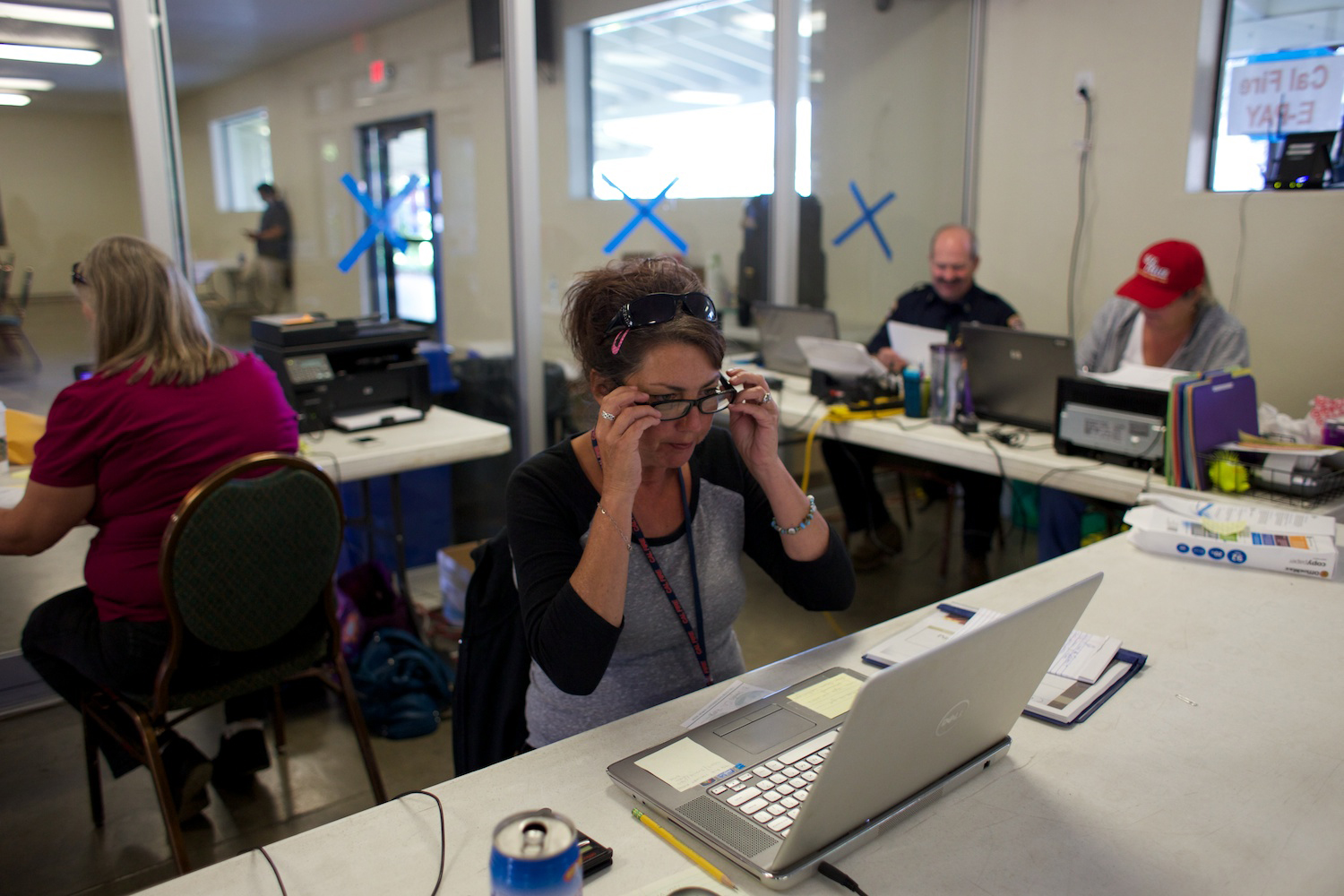 Cal Fire Finance Technician Sharon Long works in a makeshift accounting office in the incident command center at the Placerville Fairgrounds on Sept. 22, 2014.

Among them is Paul Abe who’s been with the team since 2003. He says he enjoys the work because it challenges him. But there’s a downside.

“To be honest with you, I feel a little bit guilty being in camp while everyone else is working hard and being in those situations and stuff," Abe says.

Firefighter Skip Sanner says he didn’t expect to be working in the finance division but says he finds his service in the workers comp unit rewarding.

“Being able to be able to help the employee when they’re injured, but also being able to investigate and validate claims is something I really enjoy doing," he says.

The finance section is just one of many support units filling the base camp. There’s the operations division which oversees the actual fire fight. The logistics division manages support services, like meals and equipment.  The planning division keeps track of who is doing what, where and when.

To Sue Rees, it doesn’t matter whether a firefighter is on the front lines or not. She and several other volunteers are busy weaving red and yellow fabric through a chain link fence on a Placerville pedestrian bridge across Highway 50.  The fabric spells out “thank you fire crews.” But Rees says the message isn’t just meant for people on the fire lines.

“There’s so much that they do, it’s just mind boggling," she says. "And if you‘ve been up to the base camp up there it really just reinforces all that’s involved.”

The Department of Finance estimates the state will exhaust its $209 million emergency firefighting budget sometime this week. It will then start using reserve funds. 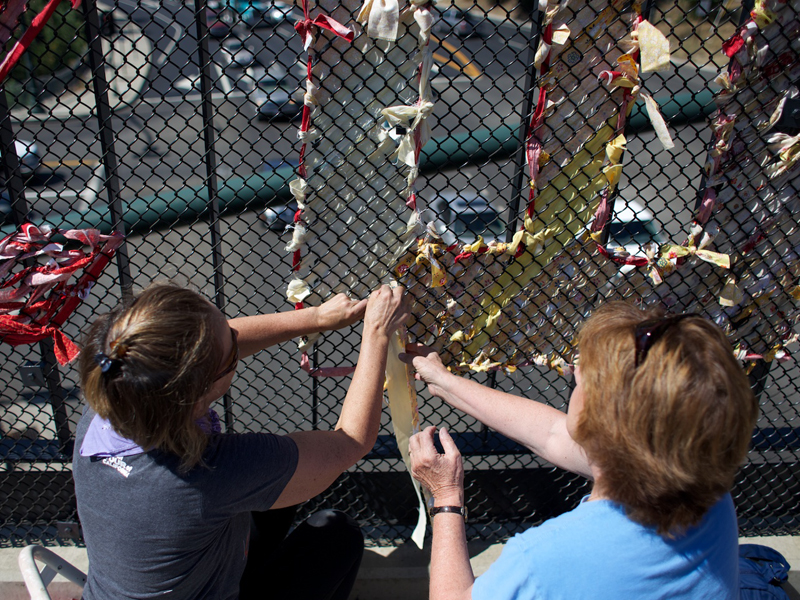