Donna Hoffman and her husband have lived in El Cajon for 18 years. In that time, the most they paid for homeowners insurance was about $2,300 per year.

Last year’s renewal notice came as a surprise. Facing the need to cover the growing risk after recent wildfires in the inland San Diego community, their insurer sent notice that their homeowners insurance premium would rise jump $4,000. The Hoffmans negotiated for a higher deductible to maintain the lower premium. Even with that, the policy renewal notice for this year went up to $7,200.

“I can’t justify that kind of increase,” Hoffman said. “I’m doing anything I can possibly do at this point. I’m ready to move. I’m really upset by the $5,000 increase just for the insurance. That’s scary, next year it could be $10,000.”

Just like the Hoffmans, many California homeowners living in high fire risk communities are feeling burned by insurance companies. Premiums cost more. Deductibles are higher. Carriers are sending out non-renewal notices to swaths of Sierra foothill towns. The cost of living near California forests is leaving some homeowners feeling trapped.

Jerry Davies, an insurance industry consultant on the board of the California Fire Safe Council, says insurance companies are changing the way they do business in the state with the help of sophisticated computer models that predict fire behavior.

“They can get it down to the granular level to pinpoint where the fire risks are,” Davies says.

Decades ago, before the big data revolution, insurance companies placed homes into on ten risk protection categories based on zip code, proximity to fire hydrants, the responsiveness of local fire departments and other community-wide indicators of fire risk.

Now, insurers rely on “brush mapping” programs--brimming with data from the California Department of Forestry and Fire Protection (CalFire), the U.S. Forest Service, and the National Oceanic and Atmospheric Administration--which accurately predict how a fire might sweep across a neighborhood, based on the property’s slope, brush composition, local wind patterns, clearance between structures, access and defensibility for fire suppression, and building materials.

The result assures insurance company profits, but homeowners come away with sticker shock. Two neighbors who would have paid roughly equivalent insurance premiums in the 1990s might now be charged premiums that vary from 50 to 100 percent more, according to Justin Myers, an agent and broker with Glenn S. Caldwell Insurance Services in Sonora.

In Tuolumne County, the 2013 Rim Fire changed everything in the home insurance market, Myers says.

“It confirmed [the insurance companies’] previous thoughts that California is overdue for a large, catastrophic fire,” Myers says. Even though there was not a significant loss of homes or commercial structures in the Rim Fire, insurance companies have aggressively enforced fire safety standards in annual inspections. The result has been the issuance of more non-renewal notices statewide.

After three years of severe drought, insurance carriers are pulling out of some fire-prone areas entirely. They are either refusing to write new policies or refusing to renew current policies. In order to hold on to an existing policy, carriers are demanding more action by homeowners to protect their properties as a condition of renewing it.

For Bob Garcia, a retired veteran and volunteer with the Greater Alpine Fire Safe Council, the trend hit him when he and his wife moved from Camp Pendleton to Alpine, just outside of Cleveland National Forest four years ago. Garcia spent the first two years in his retirement home clearing and chipping brush to create a defensible space.

He ended up with a brush pile over 75 yards long and four feet high. He removed the debris from his property with the help of the Greater Alpine Fire Safe Council, which is funded by CalFire and U.S. Forest Service grant programs.

Now his house has a 200 yard buffer of open space, free of any material that might fuel a fire. That’s twice the clearance recommended by CalFire.

But even that wasn’t good enough for his insurance company.

“I don’t care how much you clear, it’s always a battle every year,” Garcia says.

“It would be a waste of $14,000, but I just figured when the fires sweep through these areas they devastate a lot of homes,” Garcia says. “I don’t worry if my house burns down, I don’t have control over that. Destruction happens, that’s life. There’s always a risk. Fire doesn’t have to be close, the embers can still blow in. You’re never totally safe, but I’ve done the best I can.”

Exploring Options to Save

Insurance industry insiders point out that homeowners can still protect themselves in the marketplace by shopping around.

Nancy Kincaid, a spokeswoman with the California Insurance Commission, said that frustrated homeowners often contact the agency after their first non-renewal notice.

“The Commissioner’s authority is limited to regulating [insurance] products on the market, but can’t command companies to write a certain kind of policy,” Kincaid says.

Just because one insurer refuses to write new policies in a fire-prone area doesn’t mean that other companies will follow suit. Kincaid explains that when insurers limit their risk exposure, “It’s actually the sign of a healthy market.”

Jerry Davies recommends that homeowners facing a notice of non-renewal should shop around for another carrier.

“Don’t just shop around with one or two companies,” Davies says. “If you have the time, use an agent and look online. It’s going to take time, but your home is the biggest investment you’ve got. You want to insure properly and take all steps to fire-proof your home.”

Independent brokers like Justin Myers have the power to negotiate with multiple insurance carriers for the best deal. For high risk communities where major insurers are issuing more non-renewal notices and writing fewer new policies, insurance brokers can also obtain coverage on the alternative market.

Insurance companies like Lloyd’s of London are not admitted to conduct business in California, but can still underwrite homeowner policies through third parties. The main drawback there, Myers says, is that a policy on the alternative market typically costs more, offers less coverage, and comes with more exclusions.

“It’s not perfect, but it’s better than nothing,” Myers says.

Harris says too many Californians have learned that lesson the hard way.

“We want people to get a policy from the normal market if they can,” Harris says. “Surveys show over 60 percent of people are underinsured after fires.”

Finally, Myers encourages homeowners to do everything they can to protect their homes in order to keep their insurance affordable. If a carrier requests photos to demonstrate adequate defensible space, he says send them right away.

“It’s very important, do not let your current insurance policy lapse,” Myers says. “We do all that we can to reinstate it, but if that carrier is not writing policies in this area, your coverage is going to go up.” 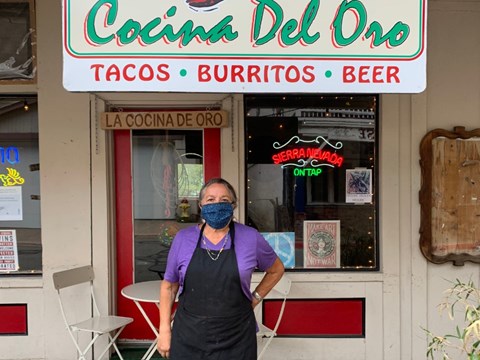 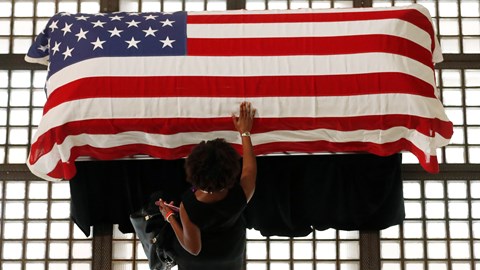