The operators of the Crest Theater in Sacramento said Tuesday negotiations with the building's owner have reached an impasse and they will leave the space at the end of October.

Crest Theater General Manager Sid Garcia-Heberger said her company, CSLM Inc. and building owner Robert Emerick had agreed to the terms of a lease that would include an increase in rent and a new digital movie projector.  The sticking points were largely capital improvements on the building said Garcia-Heberger.

"We were being offered terms that we just felt were not commensurate with us being responsible for 100 percent of those capital improvements."

Robert Emerick owns the building.  He says CSLM relied heavily on redevelopment funds. When redevelopment agencies were abolished, the theater manager could only afford to pay half the market rate for rent.

He says having an outside entity managing the theater then became a poor fit for the restaurants that have opened or will open in the building. Emerick says he has solved the problem by taking the operation of the theater in-house.

"We'll be able to allow beer and wine sales throughout the theater, not just in limited areas. To have alcohol licenses and have restaurant licenses, it's tied to a lease and we  couldn't figure out how do we get a business model for a restaurant and CSLM operating the theater at the same time."

The building that houses the Crest was built in 1912. The theater closed in 1979 due to lack of business.

CSLM showed movies daily in two smaller cinemas in the building until March of the last year.

Mother Restaurant recently opened in what was one of the smaller cinemas. Empress Tavern will open downstairs in what was the other cinema.

Garcia-Heberger says she isn't sure what's next for her or CSLM.

"It's a heart-breaking situation," she said. "We love this building. We love this community. We love all of the wonderful people we've worked with over the years. We're really sorry to go."

CSLM will cease its event and theater operations at the Crest October 31.

Emerick says the theater will stay open and continue to book concerts and hold movie festivals in the main part of the building. He hopes the Empress Tavern will open by the end of this year. 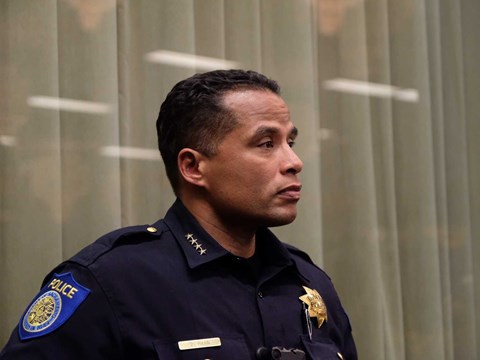