No Timetable Set For Repair of Napa Leaks or Buildings

Following Sunday's 6.0 magnitude earthquake that shook Napa and the Bay Area, people who live there have begun the process of recovery.  The process will be easier for some compared to others.

Many of the stones on the right side of the Goodman Library's turret fell to the sidewalk during the quake.  Just one stone remains to hold up the rest. 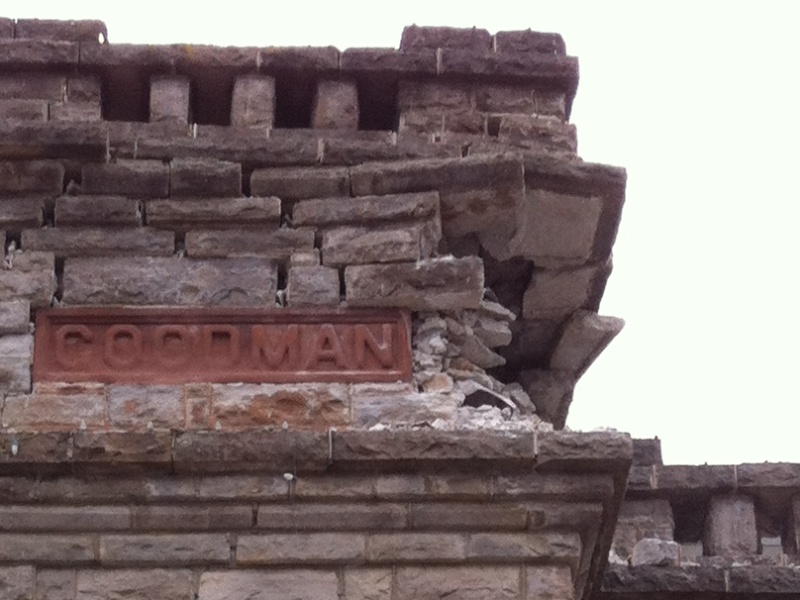 Suzanne and Terry McCardle were saddened at the library's appearance, and can sympathize with the people who will be asked to renovate the building. The earthquake ruined a lot of hard work they had just finished in their home.

Every building except one on Brown Street between 1st and 2nd Streets had large chunks of brick and mortar give way and fall to the street below. Barry Martin with the City of Napa says a few years ago the City required un-reinforced masonry buildings be upgraded. 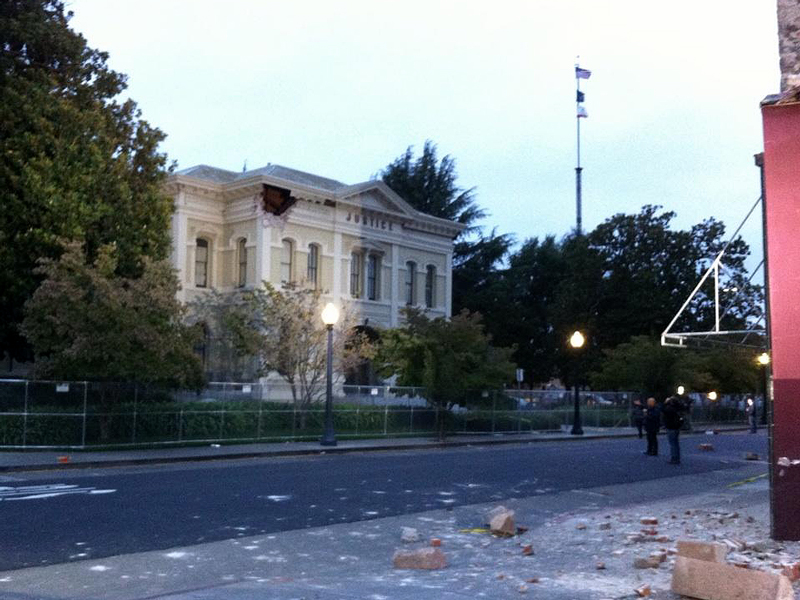 "Most of them have been," Martin says. "There are only a handful that had not complied with that and the ones that had not complied including that one on that corner are severely damaged as a result of that. Those that had been seismically retrofitted for the most part have survived with very little damage." 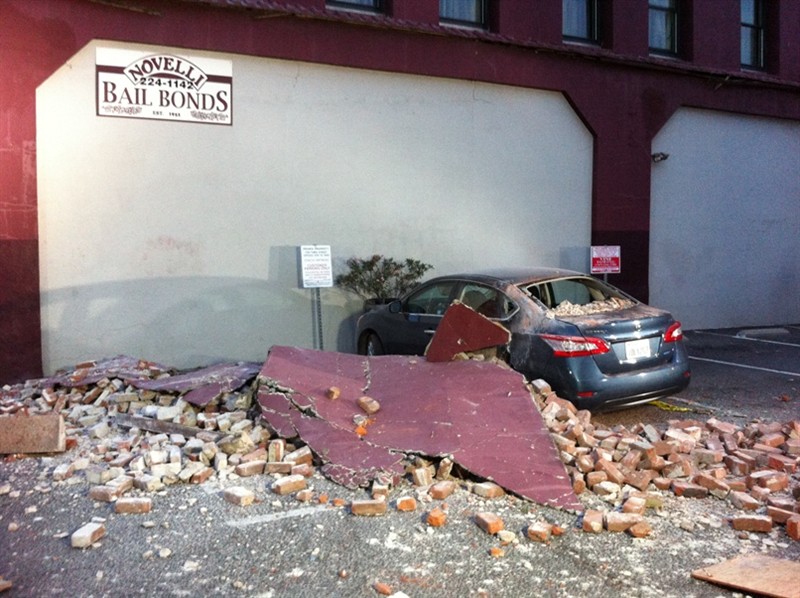 City inspectors and volunteers from other cities and counties began going building to building Sunday. It could take until several days for the inspections to be completed.

The City also continues work on dozens of leaks to its water system caused by the quake.

Two water stations were set up with spigots attached to city fire hydrants. But, street closures prevented some people from parking closer than four blocks from the nearest hydrant.

Diane Sarant is a senior citizen.  Early this morning she used her cane to help her get to her hydrant on Pearl Street. 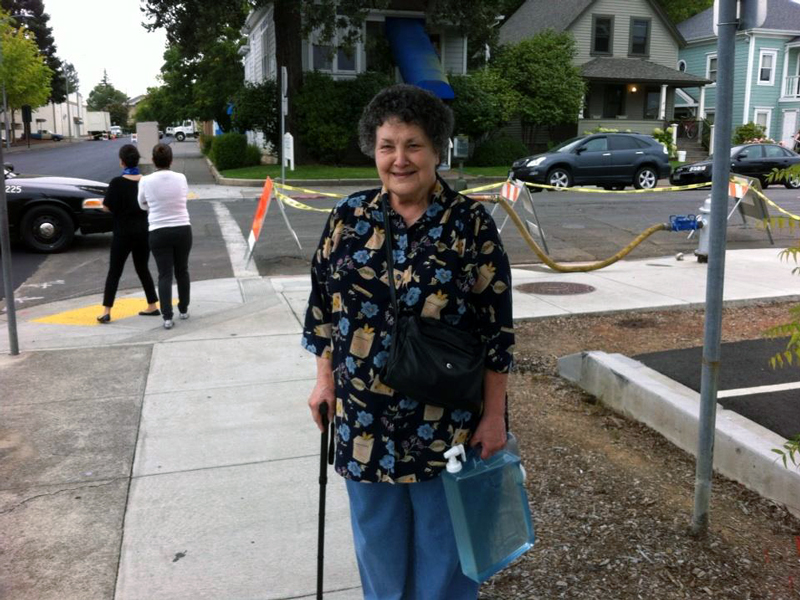 "This is where Public Works, they advertised we could get water at two stations.  I thought I would try to get over here as early as I could."

The City has since removed some barriers to allow easier access.

Amanda Fisher says her water is still "murky" but she's not too concerned about it.

"It'll be fine. It's cleared. The City says it's safe to drink, but we're not going to drink it just yet."

The City says tap water is safe for bathing and household use, but not yet for drinking for people who lost service. As of Monday morning, there were 90 broken water lines in the city. 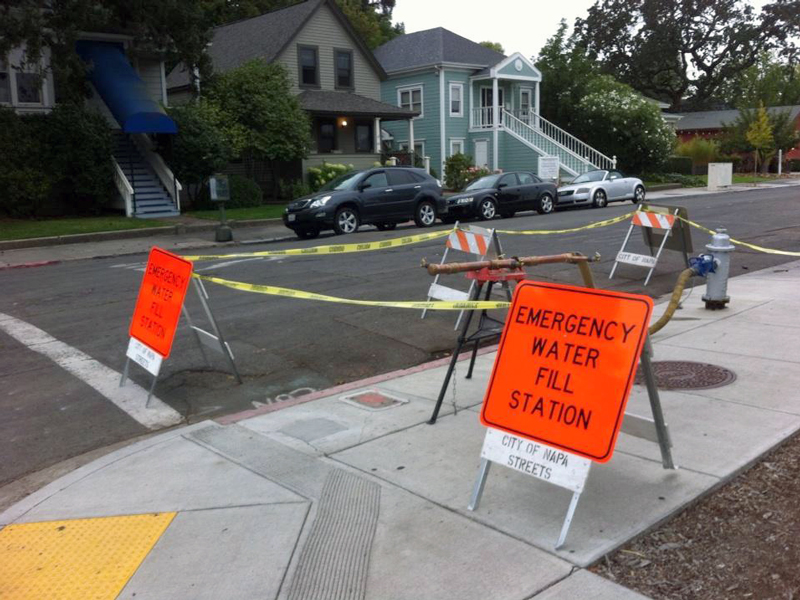