The City of Sacramento is ready to begin the final stage of its sewer pipe replacement program downtown. Bill Busath with the Department of Utilities says when the work is completed, new, larger-diameter pipes will help keep the sewers from overflowing during heavy rains.

"Seventh Street from P Street to K Street and also L Street from 7th Street to 9th Street is an upsizing of the existing pipes. The new pipe sizes will range to 72 inches."

Sixty-inch and 48-inch pipe will also be installed. The City is replacing old 36-inch concrete and 24-inch brick pipe.

Busath with the Department of Utilities says bigger pipes and new holding facilities are important in the city's effort to keep heavy rains from overwhelming the sewer lines.

"An inline storage project upsizes existing pipes for existing storage. The offline storage is new storage that accepts water combined with waste water during large storm events and then when the storm event is finished, it goes back into the system."

The work is required to maintain federal permits that allow the sewer system to operate.  The City has accepted a $4.5 million dollar bid for the project. The City Council is scheduled to review the bid tonight and vote on it next Tuesday.

Work to install the pipes could start within two months.

The Department of Utilities has completed three underground overflow storage facilities. The most recent can hold 530,000 cubic feet of liquid which more than equals the capacity of the other two facilities completed in the late 1990's. 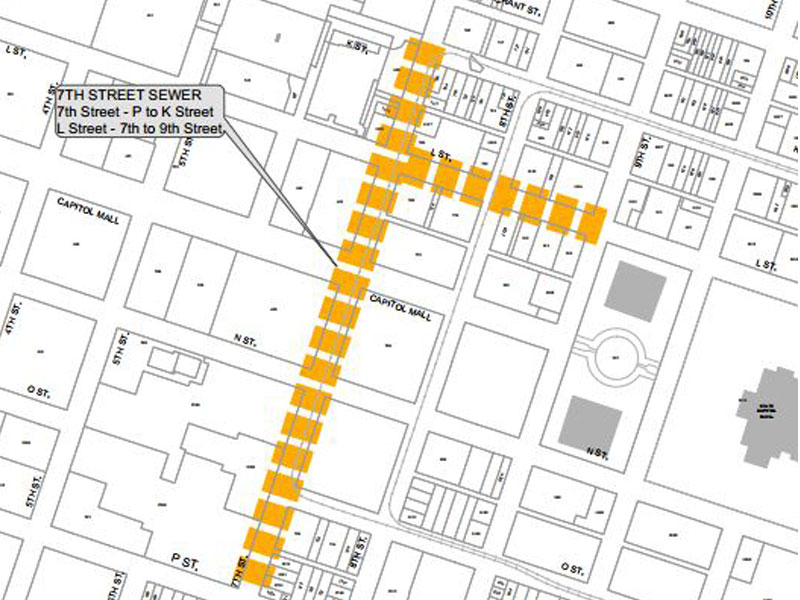