Sacramento City fire crews put out a blaze at a commercial building in East Sacramento Friday.

The three-alarm fire burned for nearly two hours at a building that used to house a tire shop or auto-related business on 34th Street and Stockton.

According to multiple media reports, firefighters were called to the scene at 4:30 a.m. Sacramento Fire Department's twitter account showed that responding crews saw flames shooting from the building when they arrived at the scene. 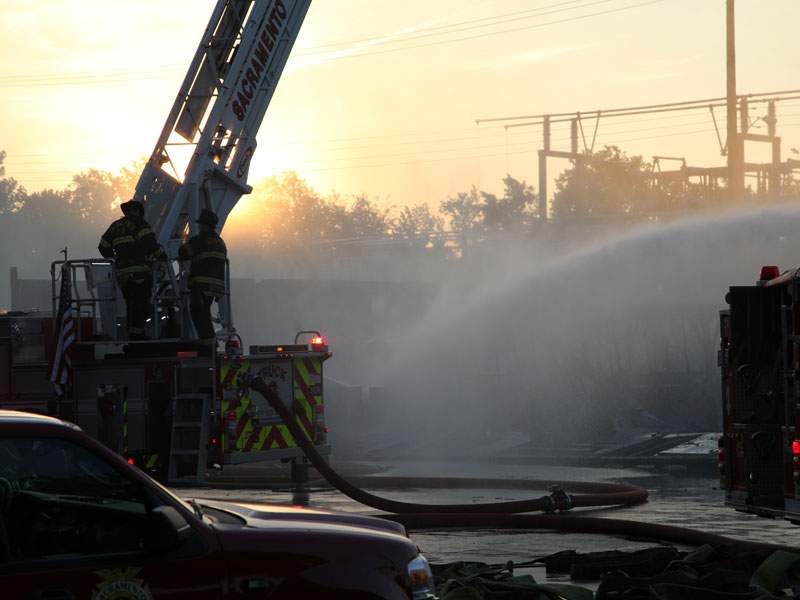 Firefighters were able to put out the fire around 6 a.m.

Nearly 200 customers were affected by a power outage due to the fire.