Reluctant lovers are the common denominator in both Davis Shakespeare shows – each features a leading man and a leading lady who repeatedly protest they can’t stand each other… and then they eat their words, and tie the knot in the final scene.

The Shakespeare offering is the evergreen comedy “Much Ado About Nothing,” which in this case is placed in the idyllic vineyards of the Napa Valley during the years just after World War II. The story is dominated by the outspoken Beatrice and Benedick, who bait each other verbally each time they meet.

BENEDICK: What, my dear Lady Disdain! are you yet living?

BEATRICE: Is it possible disdain should die while she hath such meet food to feed it as Signior Benedick? Courtesy itself must convert to disdain, if you come in her presence.

BENEDICK: Then is courtesy a turncoat. But it is certain I am loved of all ladies, only you excepted: (fading down) and I would I could find in my heart that I had not a hard heart; for, truly, I love none.

The cast features a mix of professional actors and conservatory-trained talent who know how to handle Shakespeare’s language. They also maneuver well through the changing moods in this script, which goes from sunny comedy to angry accusations and tragedy, then back again. 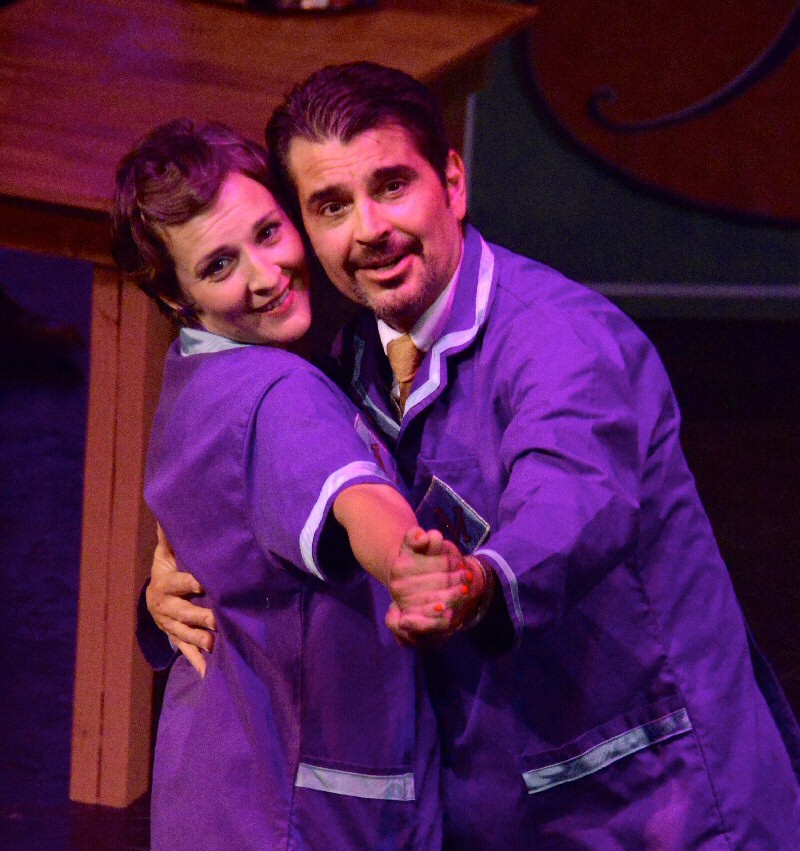 The other show is the musical “She Loves Me,” with music and lyrics by the team that created “Fiddler on the Roof.” The setting is a high class perfume shop in the 1930s. The young manager has been exchanging love letters with a mysterious woman he contacted through a relationship wanted ad – and when a face to face date is arranged, the guy has an anxiety attack.

It turns out the mystery woman is someone he knows, and has clashed with. But this is a musical and love conquers all. I was impressed with this show’s clever pacing, fresh performances, and the natural romantic chemistry between the two leads.

Much Ado About Nothing and She Loves Me, both feature attractive costumes and handsome sets. And there’s live music from a pit band –not pre-recorded tracks. Together, these shows make an impressive debut for the new Davis Shakespeare Festival. And it’s good for the region to have a new group staging profession-calibre shows in the summer time.