It's less likely an El Niño event will bring rain to parched California farms next fall or winter.

The forecast released Thursday from the Climate Prediction Center (National National Oceanic and Atmospheric Administration) said the chance of El Niño is about 70 percent during the Northern Hemisphere this summer and is close to 80 percent during the fall and early winter.

But Michelle Mead, Warning Coordination Meteorologist with the National Weather Service in Sacramento said the chance of a strong El Niño is not favored and forecasters anticipate El Niño will peak at weak-to-moderate strength during the late fall and early winter.

She said for Northern California and the San Joaquin Valley, the best estimate is for a weak to moderate event. Mead said there is little correlation between weak-to-moderate El Niño events and above-normal rainfall.

"El Niño right now is not looking like a slam dunk as far as helping us with our drought scenario," said Mead.

Mead said if there is a strong El Niño it would means an increased chance of rain for California, but mostly for Southern California. But she said, even that is unlikely.

"The latest forecast ensemble models are actually indicating that the type of El Niño that could develop would be weak to slightly moderate and there's no guarantee that Southern California will see increased precipitation," said Mead. 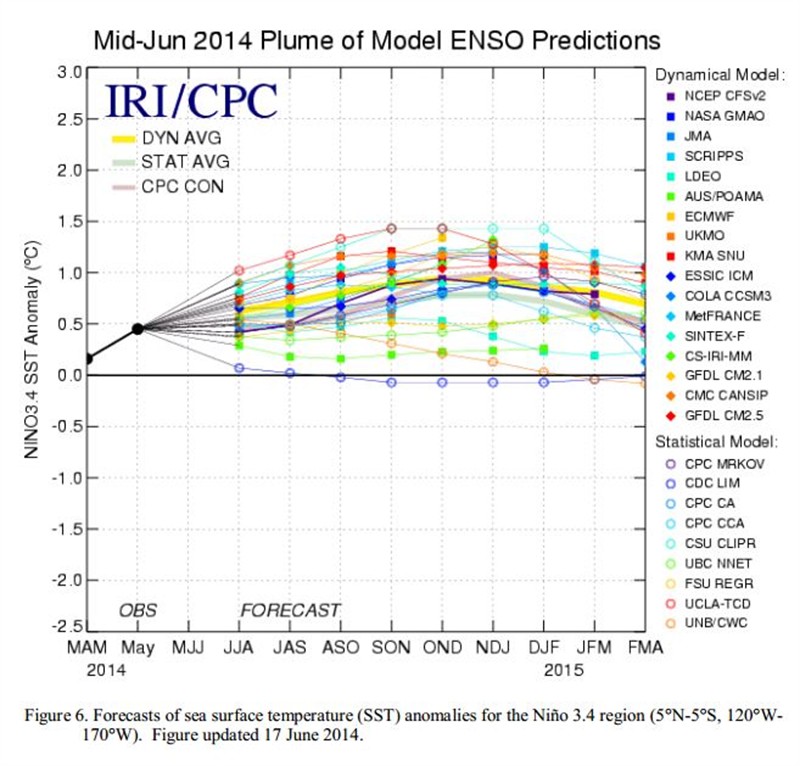 UC Davis researchers say “the drought is likely to stretch to a fourth straight year, through 2015, if not longer - regardless of El Niño conditions.”

"El Niño only means potential for at or above normal precipitation and we are so far behind in precipitation that even if we get normal amounts for next year it would not end the drought,” said Mead.

But she said flooding can happen very quickly, even during drought.

“You can actually have a drought scenario where one or two strong Pacific storms move in and small creeks and streams can rise quickly,” said Mead. “There won’t be a big influx of moisture and people should continue to conserve water.”

NOAA said the term originally referred to an annual warming of sea-surface temperatures along the west coast of tropical South America.

El Niño events can bring flooding to some countries and drought to other countries.