Governor Jerry Brown is defending his record as he pursues a fourth term in office. Brown spoke in front of the California Chamber of Commerce today. He opened by reminding the crowd that he and the legislature have eliminated the state’s 27 billion dollar deficit. And he dismissed claims that the California economy is weak.

“We’re a two-trillion dollar economy and it’s growing. And, yes it has resistance and it has obstacles, but there it is," he says. "And that’s why we got rid of the deficit, because this is a job-creation engine. It’s a place of imagination. In the last three years over a million new jobs have been created. A million, that’s more than any place else in the country.”

Brown acknowledges the state still has 300 billion dollars in unfunded pension liabilities. But he noted he’s proposing a plan to address one of the largest, the 74 billion dollar funding shortfall in the California State Teachers’ Retirement System. 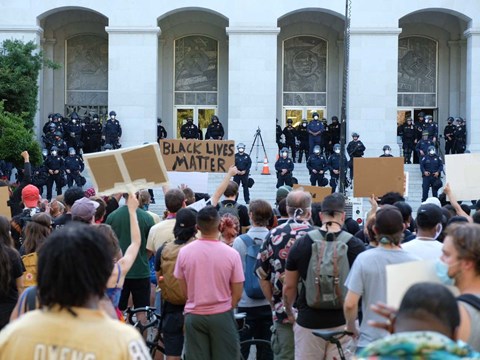