The Amgen Tour of California is moving on from the Sacramento Region after two days of dramatic finishes.

In Monday afternoon's time trial through Folsom, Rohan Dennis of Garmin-Sharp went early and led the time trial for much of the afternoon. But, Bradley Wiggins of team SKY started late and blew past Rohan's time by 44 seconds.

Afterward, Rohan told NBCSN, "I worked hard for this. It's my goal to win the time trial. It takes a bit of pressure off the next two days."

In the women's second -and-final stage- Alison Powers took the honors and a large stuffed black bear that she's had her eye on for two years.  She's named the bear,..."Bear." 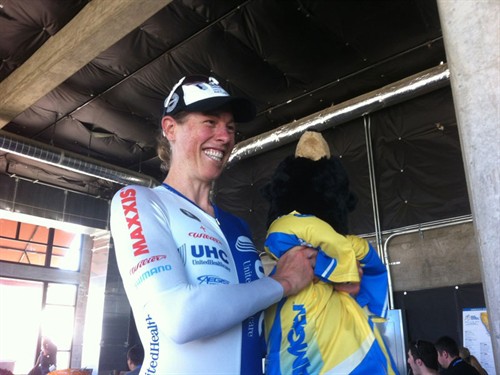 "It means a lot. I've been on the podium twice and seen the winner give the bear each time and had instant jealousy. To be able to get the bear now, I'm super excited about."

This was the first year the women raced in two stages of the Amgen Tour.