The drought relief bills made their way swiftly through the California legislature, arriving on the floors of the Assembly and Senate just a week after they were announced by Governor Jerry Brown and legislative leaders.

“Colleagues, if this bill could mandate that we have rain and snow every day for the next 60 days, it would do so," Leno says. "But, unfortunately, it cannot. As has been mentioned, this is a first step. Depending upon how much more precipitation we’ll get before the end of the wet season, we may be back because there will be additional need.”

Republicans in both chambers mostly joined Democrats in voting for the drought relief legislation, which will provide immediate funding for emergency drinking water supplies and food assistance. Grants will also be accelerated for water storage, conservation and recycling projects.

But the GOP criticized the bills for not going far enough. Central Valley Senator Tom Berryhill says much more needs to be done.

“They do nothing to address the immediate need for additional water storage," Berryhill says. "They do nothing to help people get back to work. And if it started raining for the next month, my guys down in Fresno are still going to get a zero water allocation. So this is a lost season for those folks, no matter what happens.”

The drought relief package would provide $25 million to help community food banks, primarily in regions heavily dependent on agriculture. Food banks in the San Joaquin Valley are anticipating a huge increase in need from thousands of jobless farm workers. The Fresno Community Food Bank normally serves about 5,800 people on the western side of the county. During the last drought in 2009, CEO Andy Souza says the numbers of people they served increased dramatically.

“We were serving between 14 and 18,000 people a month, but at that same period of time we still had about a 25 percent water allocation so there were less acres that were taken out of production,” Souza says.

Souza says now that farmers in the area are getting no water and expect to leave more land fallow, the number of jobless workers in need of food could swell as high as 25,000. Jeff Michael is with the Business Forecasting Center at the University of the Pacific. He says 6,000 agricultural related jobs were lost in the last drought, but adds the state was also in the depths of a historic recession in 2009. Still, he doesn’t doubt that this year will be worse.

“The impacts could make their way into some higher value crops than in 2009 so we should see higher loss of employment related to agriculture probably in excess of 10,000 jobs this year,” Michael says.

Fresno Community food bank has another concern with this year’s drought.

“The area that’s going to be impacted here in west Fresno County is an area that we get a lot of fresh produce directly donated to the food bank during the course of the year," explains Souza.

About 1.7 million pounds of produce to be exact. Souza says the drought relief package will help the food bank purchase food from elsewhere. He says during the last drought, relief came late. Assuming Governor Jerry Brown signs the legislation as expected, the money would help just as planting season begins this spring. 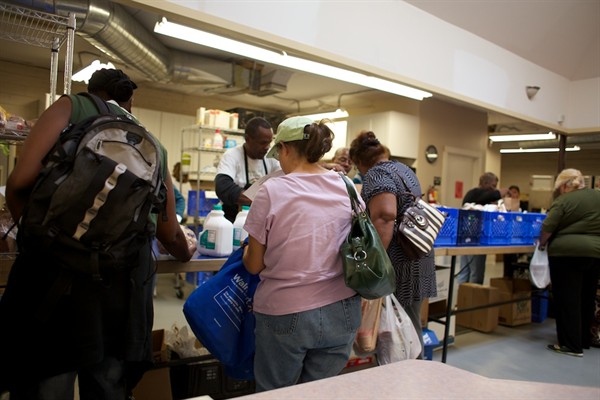