“I used to have a saying that I think still holds true that ‘where there’s meth, there’s mail,” says Greg Campbell with the U.S. Postal Inspection Service. “There is a correlation between those who are on substance abuse and going out to do things to accommodate their habit.” 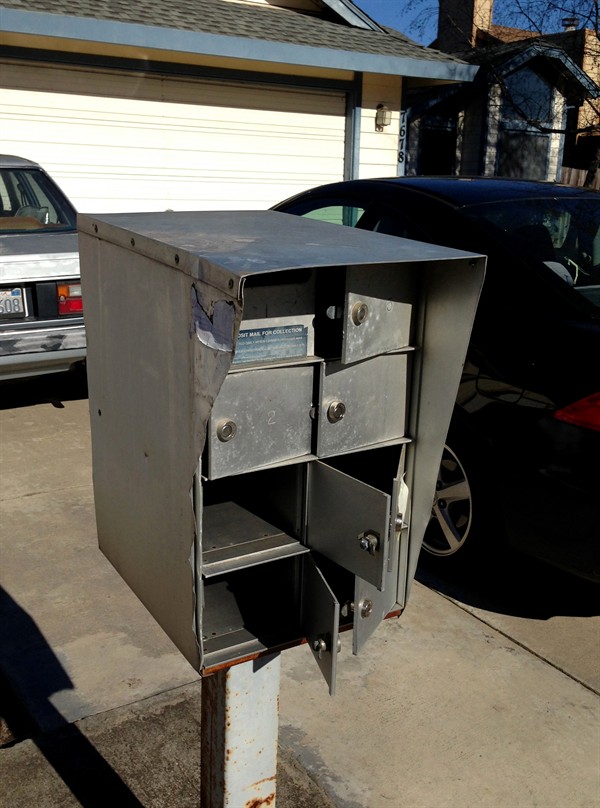 In this Jan. 19, 2013 photo postal boxes were broken into in Sacramento, Calif. A surge in thefts from mailboxes across the Central Valley last year sparked a federal crackdown that has led to charges against 27 people, federal authorities announced, Wednesday, Jan. 15, 2014. More than a dozen investigators were brought in from around the country to track the thieves that have been charged with crimes related to the break-in of mailboxes in post offices lobbies, neighborhood mailboxes, postal trucks and the counterfeiting of postal keys. Tom Verdin / AP