10:17 A.M. -- (Katie Orr) --  During the press conference Brown compared the state’s fledgling high-speed rail project to the Golden Gate Bridge and the Panama Canal. He says it’s something that would bring the state together and would contribute to California’s innovative spirit.

"No one is talking about the Marshall Plan or putting a man on the moon or the trans-continental highway," Brown said. "But I think California is still that generator of dreams and great initiatives."

Brown also wants to set aside $300 million for high-speed rail.

Among other allocations Brown is proposing: $1.6 billion in a rainy day fund and more than 800 million dollars for infrastructure projects including upkeep in state parks, highways, schools, courts and prisons. 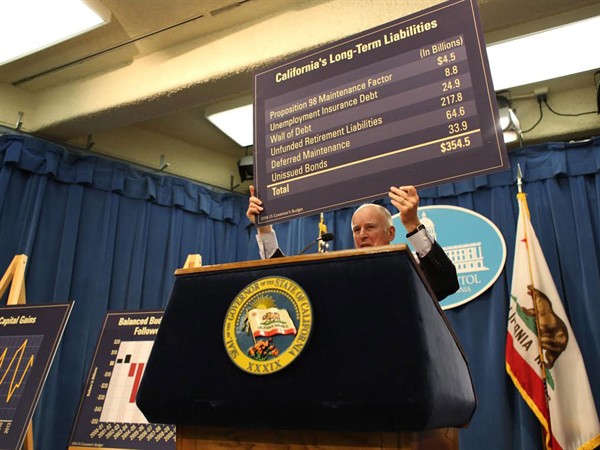 9 A.M. (AP) -- A robust economic recovery and surging revenue propelled by voter-approved tax increases has sent California's general fund spending to a record high, but Gov. Jerry Brown is pledging a somber approach to the windfall.

In introducing his budget proposal Thursday, the Democratic governor said beginning to pay down California's massive "wall of debt" must be a priority.

His budget proposal for the 2014-15 fiscal year dedicates $11 billion to paying down debts and liabilities, including $6 billion in payments that had been deferred to schools.

He also sets aside $1.6 billion for a rainy day fund to protect against future downturns, saying "wisdom and prudence should be the order of the day.

The record $106.8 billion general fund exceeds the spending level of just before the recession by more than $3 billion and is a nearly 9 percent increase over spending in the current fiscal year. 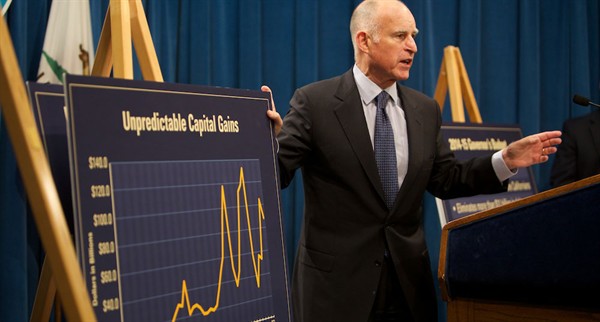 6 A.M. (Ben Adler) --  Brown's budget proposal was leaked Wednesday -- two days before he was expected to release it.

A copy of the plan obtained by Capital Public Radio projects that the state now has a $4.6 billion surplus for the current and upcoming fiscal years. Just three years ago the deficit was $25 billion.

In the proposal, Brown includes a significant increase in funding for schools and projects including parks, highways, courts and prisons.