Researchers at the Primate Research Center in Davis examined three-year-old rhesus monkeys that had been exposed as newborns to high levels of air pollution caused by wildfires burning around Northern California in 2008. The study shows that the monkeys, who were living outdoors at the time of the fires, were less able to fight off infectious diseases than animals born after the fires. 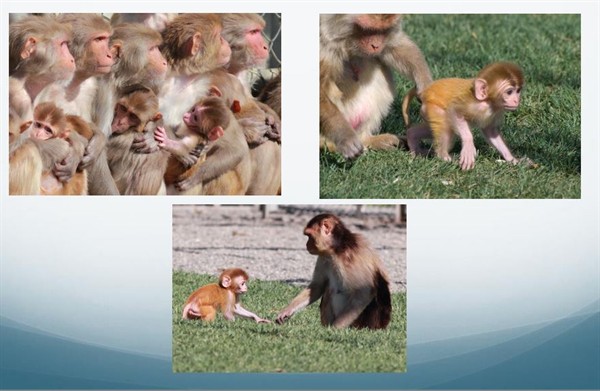 Spring is the peak birthing season at the center. Primate Center / Air Resources Board

Lung development in rhesus monkeys and humans is very similar. The study is the first to show that particulate matter has a direct impact on primate immune system function.

The research suggests that exposure to particulates early in life could result in decreased lung capacity and lowered immunity persisting into adulthood.

The results were not considered conclusive. The California Air Resources Board funded the study.