Chase Hurley is general manager of the San Luis Canal Company in Dos Palos. He points to a small dam near the river in western Madera County. It’s likely the most important structure for the irrigation company because it guides water from the river into its canal system.

“That dam, and this canal are sinking roughly six inches a year," says Hurley."So when that happens the dams not going to be high enough to physically gravitationally push that down the canal.” 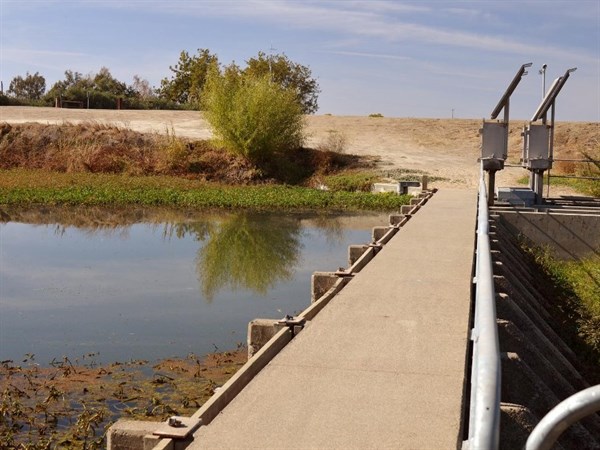 (Sack Dam is sinking six inches a year due to subsidence. Photo By Amy Quinton) 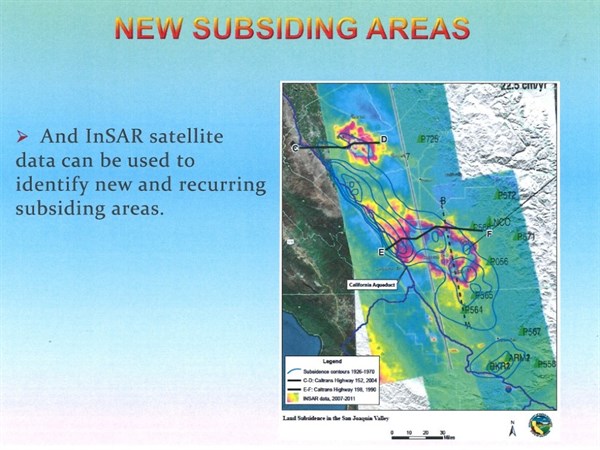 “We’ve got some recent information from NASA and some staff at the Jet Propulsion Laboratory and have noticed two areas that are subsiding nearly up to a foot a year for the past four to five years,” says Dane Mathis, an engineering geologist with the California Department of Water Resources.

The rate of subsidence varies geographically, but it covers a large area across Western Madera and Merced County. And going right through it, is the San Jose to Merced segment of California’s proposed high speed rail system.

“We’re aware of it, we take that into consideration as another engineering element to take into our design elements,” says Frank Vacca, who heads the engineering teams for the California High Speed Rail Authority.

He says High Speed Rail will use ballasted track comprised of stone, which he says is flexible enough to handle subsidence.

“If you have to adjust it you can add more stone and quickly bring it back to the level you require it at, so it makes it very economical to adjust the track,” says Vacca.

But other engineers say there are a lot of variables.

Bruce Kutter, a civil engineering professor at UC Davis, says the integrity of the rail bed will depend on the severity of the subsidence and how rapidly it occurs along the track.

“Over a short distance if there’s a significant change in the elevation of the track, the ride will become uncomfortable and bumpy and potentially unsafe,” says Kutter.

If the subsidence is gradual over the length of the track, Kutter says it would be manageable.

In some areas, the rate of subsidence is causing alarm. 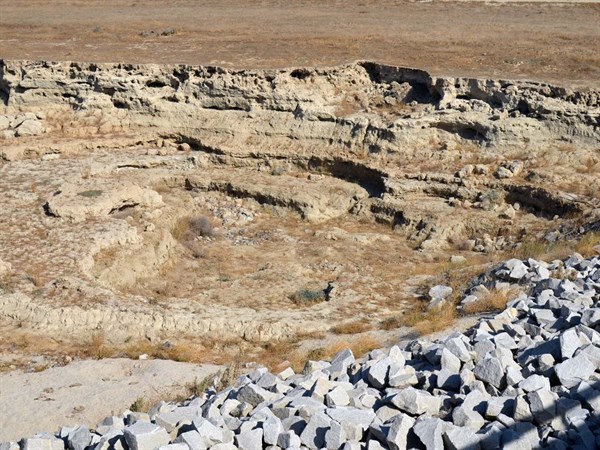 But when channels sink, river banks erode. The loosened soil moves downstream, reducing capacity and pushing water close to the top of 14 miles of levees.

“It’s an extreme situation," says Hill. "We need to address it and now that we’re aware of it we need to jump on it as quickly as we possibly can.”

Subsidence is putting hundreds of acres of farmland, an elementary school, the city of Dos Palos and Highway 152 at risk.

About 50 feet away from the Delta Mendota Canal, just south of a small town called Oro Loma in the Central Valley, Sneed measures groundwater levels.

The Delta Mendota Canal carries water to parts of the central valley and southern California.

“In this location there are several visual effects that you can see as a result of subsidence," says Sneed. "A couple of them are buckles in the lining of the canal." 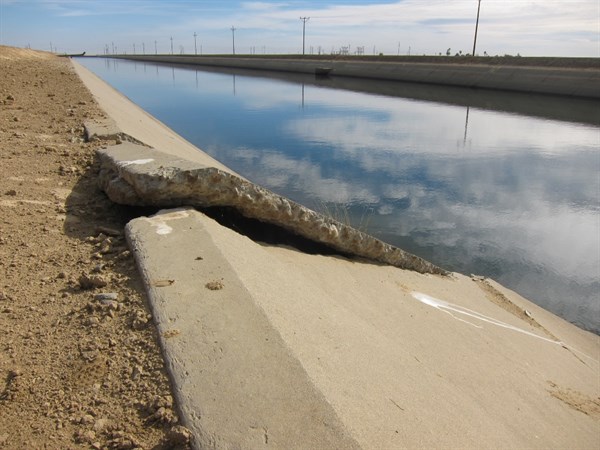 Sneed’s been studying the effects of subsidence on the Delta Mendota Canal for several years.

“It’s not a small problem," she says. "It’s a problem for not only the Delta Mendota Authority and the Bureau of Reclamation to maintain the flow and level in the Delta Mendota Canal but there are canals that are just snaking through this area.”

One canal just a few miles north has lost 50 percent of its capacity due to subsidence.

A USGS study soon to be released will show the details and the extent of the subsidence problem, and how it’s reducing capacity of the Delta-Mendota Canal, the California Aqueduct, and other canals that carry water to both urban and agricultural areas.