Listen
/
Update RequiredTo play audio, update browser or Flash plugin.
Siskiyou County is in extreme Northern California. Think of Sacramento, and now imagine driving four hours north, just 22 miles from the Oregon border. That puts you in Yreka, the county seat.  A lot of people living there are hoping, one day the area can secede, join up with southern Oregon and create the State of Jefferson.

At Yreka’s Greenhorn Reservoir, Brian Peterson and his young daughter take a stroll in the frosty morning air. Peterson runs JeffersonState.com, a pro-secession website. He moved to the area when he was 18 and got a job in the timber industry. He said the industry, and the town, aren’t what they used to be. And Peterson blames “activist environmentalists” colluding with the government. 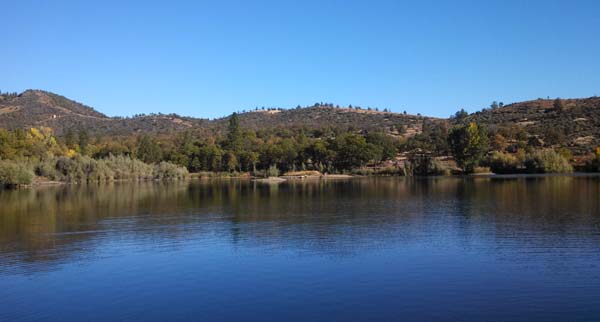 It’s a view shared by many in the region. Liberal, urban politicians in the state capitol passing laws that limit long held ways of life in Siskiyou County and beyond. The sentiment has been stirred in the last couple of years after the state started charging a controversial fire protection fee to rural homeowners. As for the tax dollars Sacramento spends to support the region, Petersen said the Capitol can keep them. 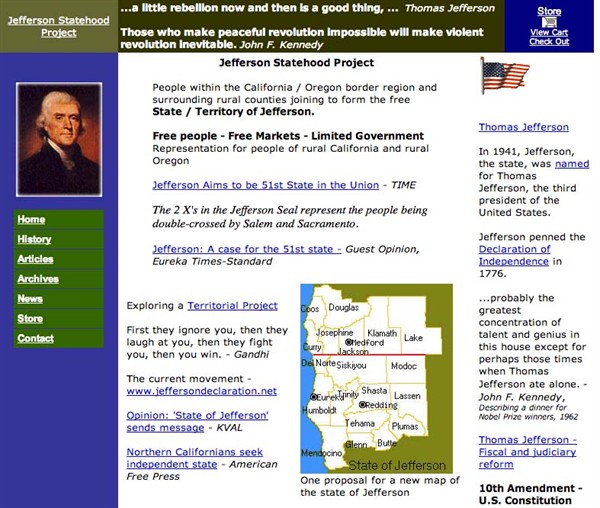 “If they don’t think we can support ourselves, why do they need us? They should just cut us off and let us fend for ourselves.” He said. “This area was founded by pioneers who crossed the deserts and the plains and the mountains without any help from the government.”

Petersen acknowledges it’s not likely a new state will form any time soon. Still, he said his role is just to keep the fire going.

It’s a fire that’s been burning for generations. At the local Black Bear diner a group of men from the nearby Church of the Nazareneen enjoy an early morning breakfast. Bill Golden has lived in Yreka for 18 years and he’s used to the secessionist talk.

“Well, I don’t see the State of Jefferson ever happening. But the reason for it makes sense, because people want a voice. And when you live in a kind of rural area you just don’t seem to have a voice because the population centers dictate everything.” - Bill Golden, Yreka

Across the table, Elliott Carroll, who’s lived here for 60 years, is blunt about his opposition to the plan.

“The bulk of the population wants to do it come hell or high water,” he said. 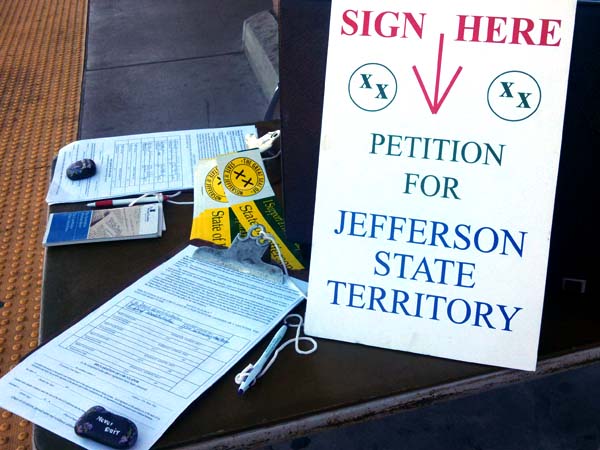 Intiso is standing in front of the Yreka Walmart collecting signatures on a petition to form the Republic of Jefferson Territory. The territory wouldn’t replace the county or be separate from the state. In fact, many might call it a mostly symbolic gesture. Both the state and federal governments would need to approve secession. 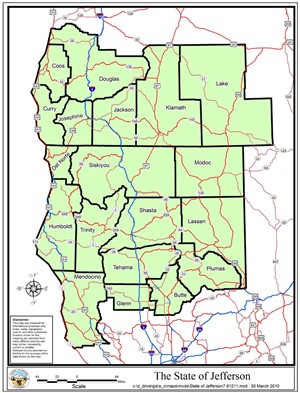 Proposed map of The State of Jefferson 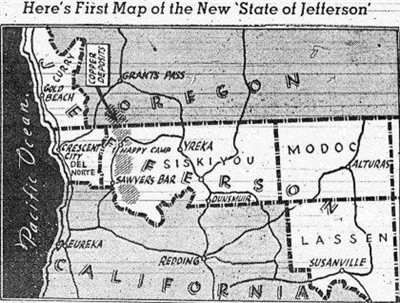 But Intiso sees the territory as the first practical step toward creating a new state. He said it would act as a framework for whatever future government might be set up should secession happen.

“This is not some segment or special interest,” he said. “This is a true republic form of governance.”

Intiso believes if his measure makes it on the June 2014 ballot it will pass. And judging from the number of enthusiastic shoppers stopping by to sign the petition, it appears the State of Jefferson movement is still alive and well in the far northern reaches of California. 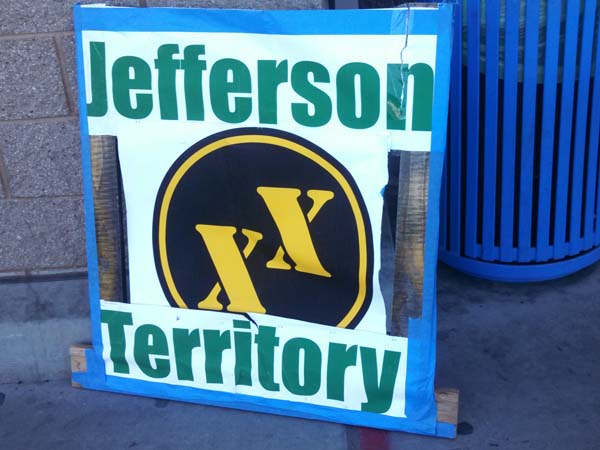