Listen
/
download audio
Update RequiredTo play audio, update browser or Flash plugin.
(Part 3 of a 5-part series)
California's farms and ranches generated nearly $45 billion in revenue last year. Without water exported from the Sacramento-San Joaquin Delta to arid Central Valley land, much of the produce we get in restaurants and grocery stores wouldn't come from California.
At Magpie Cafe in Sacramento, co-owner and Chef Ed Roehr sits down just as the lunch crowd is thinning. "Much of the food that we use probably comes from California," he says. "Stone fruit of varying kinds, earlier we had cherries, but now we're using black figs," says Roehr as he looks over the menu. "Some days 80 percent of our produce comes from California."
Joe Del Bosque knows the canals and pipelines that send the water south well. In Los Banos on the western side of the Central Valley, we hop on a packing truck as workers pick cantaloupes from his 120 acre field. 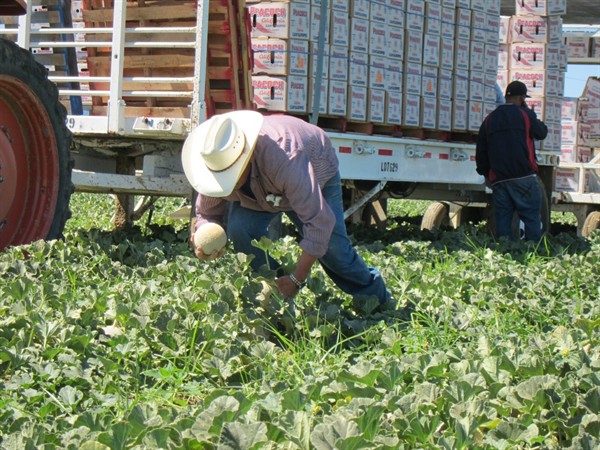 Del Bosque remembers what this area looked like before the federal Central Valley Project brought water to the valley.

“Just grazing land, that’s all it was, that would turn green for a few months in the spring and then dry the rest of the year," says Del Bosque, pointing to the dry golden foothills in the distance. "That’s what this was, without water that’s what this would look like just bare ground of short dry grass.” 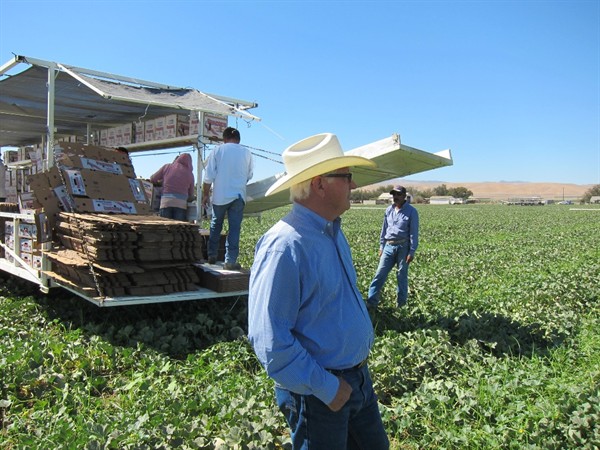 Now, Del Bosque has 2,200 acres of farmland that he says is some of the most fertile you can find.

“I’m blessed to have so many options," says Del Bosque. "If I don’t want to grow cantaloupes, I can grow tomatoes, or I can grow asparagus, or almonds or peppers.”

This year though, he had to leave 300 acres fallow. The Central Valley Project cut water deliveries to 20 percent. He says he and other farmers thought they were headed into a great year because of an early wet winter.

“We weren’t able to take advantage of those high flows in the Sacramento River because there happen to be some smelt that were caught in the pumps," he says. "And it wasn’t just a shutdown of a day or two, it was 60 days.” 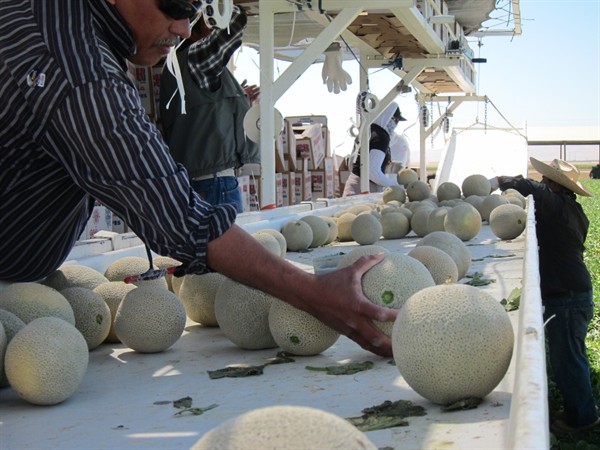 Farmers have had to adjust over the years, as the Endangered Species Act protected the Delta smelt and other threatened fish. The Westlands Water District estimated that 800,000 acre-feet of water was lost when pumping stopped. The dry months that followed made the situation worse. 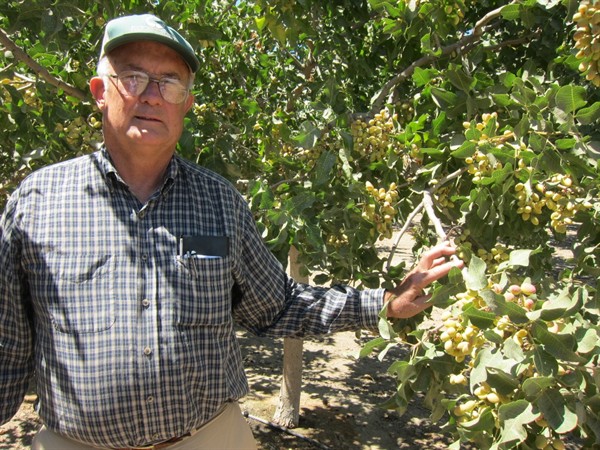 150 miles to the south, Rod Stiefvater walks through drip-irrigated pistachio orchards just outside of Bakersfield. He farms 8,000 acres, mostly in Kern County.

He says the economics of water in California means fewer farmers plant lower-valued row crops such as cotton. Steifvater says without the Bay Delta Conservation Plan and its proposed tunnels, some crops will go.

“More than likely our allocations will continue to fall. And that will mean more and more drought years for us in terms of having adequate supply of water and it probably means the lower value crops that are grown here will disappear,” says Stiefvater. 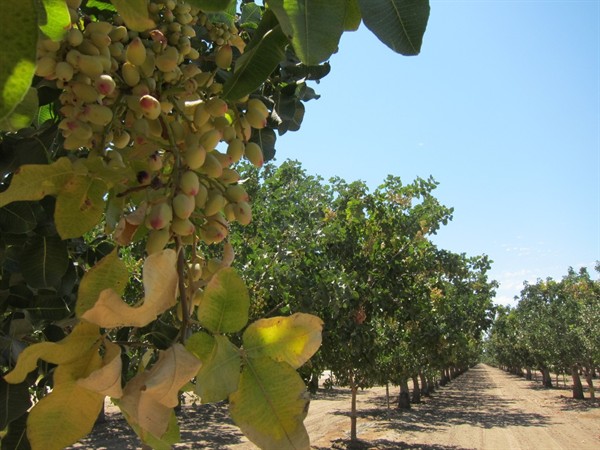 Kern County is the largest agricultural water user of the State Water Project.  Agriculture accounts for a third of the county’s economy.

“Particularly in Kern County we are kind of ground zero where loss of water will affect our economy, our quality of life,” says Jim Beck, Kern County Water Agency General Manager. He says the criticism that “big ag” is taking Delta water is unfair.

“I spend a lot of time in Stockton and Sacramento explaining that I’m not out to take your water," says Beck. "We’re not trying to benefit our area to the detriment of another area, we’re trying to receive the benefits that we believe can be acquired without damaging other areas.”

He hopes the BDCP is the solution. He says on average Kern County receives about 60 percent of its contracted water.  He doubts the BDCP will restore it all, but hopes it will make a difference and it should be important to the whole state.

"Kern County and the southern end of the San Joaquin Valley are among the most productive agricultural areas in the world, not just California or the United States, we’re talking about the world,” says Beck.

Farmers believe that could be at risk without an adequate water supply from the Delta.