Theatre Review: The Wizard of Oz

Several big musicals have been based to some degree on the 1939 Judy Garland film. In the 1970s, there was an African American version called “The Wiz,” and this fall a new version with  new material by Andrew Lloyd Webber will make an American tour. But the  show at the Music Circus this week is the 1987 adaptation developed by none other than the Royal Shakespeare Company, which  mounted it as a holiday  show for London audiences. This version celebrates the look of the cinematic original, and the music mirrors your memories.

Director Glenn Casale  stays close to the film –  he even cuts the “Jitterbug” song, which is listed in this production’s playbill, but never seen on stage. That mirrors what film director Victor Fleming did in 1939.  He rehearsed “Jitterbug” for weeks, then famously deleted it from the final cut. Talk about a modern director being faithful to the original. 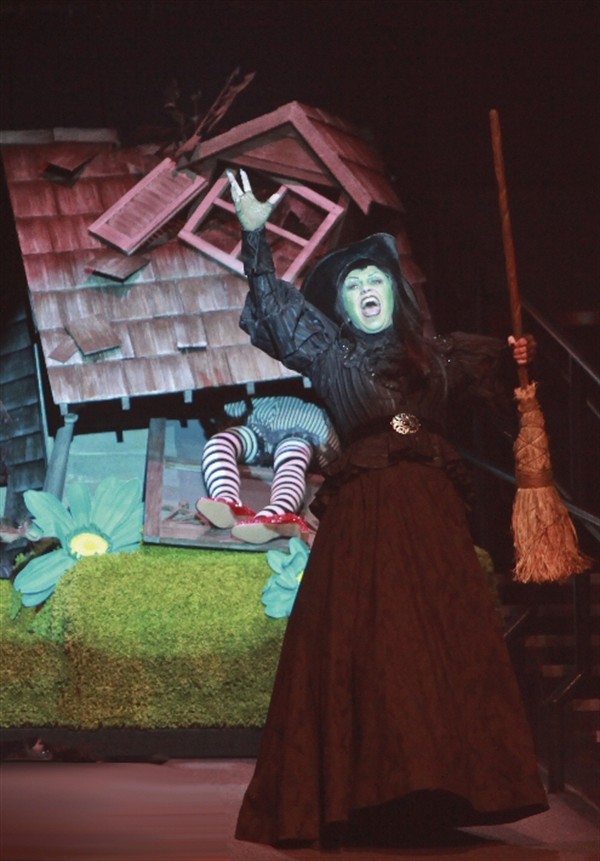 This production experienced some opening night glitches, but on the whole, the show accomplishes what it sets out to achieve – it’s a thoroughly pleasant tribute to a film that has became a beloved, cultural icon. The audience knows these songs, and how the characters should look. They expect to hear Dorothy’s say “There’s no place like home.” And that’s what this live version of “The Wizard of Oz” delivers. The Music Circus is a summer time machine, the experience is all about memory, and tradition and continuity. Look around, and you’ll see family groups with elders, thirty-somethings, and young children attending a show together. You don’t mess with a classic in this context, you pass it on with love.

MUSIC: “We’re Off to See the Wizard…”

The Wizard of Oz continues at the Music Circus through June 30th. 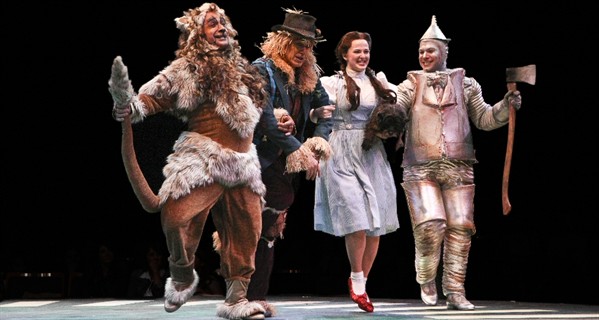