Sacramento Prepares For A Heat Wave

At McKinley Park in Sacramento, hundreds of volunteers are working this week to rebuild the park’s playground.  Along with the sounds of chop saws and battery-operated drills there’s the sound of an air-conditioned truck trailer that was brought in to cool off the volunteers. 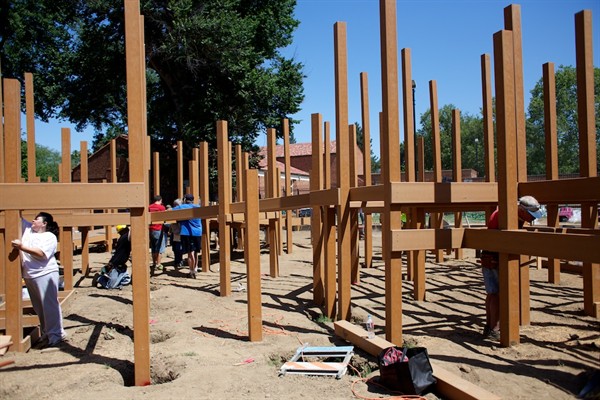 Gary Harris and Cecil Demery are building the decking for one of the play structures and planning for a ten degree jump in temperatures.

“Just keep hydrated I guess and you know it’s volunteer so if they feel like it’s too much, they can get up and leave," he said.  "You know, we talk to the instructors if we feel like we’re having a heat stroke or we’re going down or doing too much.  Just talk to the instructor.  You know, we don’t want nobody having a problem or collapsing out here.”

Courtney Garis volunteered for the same job she had during the playground’s initial construction in 1994.   She hands out cups of water and bottles full of ice. She handed out ten gallons of water on Monday. She could be the busiest volunteer of all this weekend.

“I’m kind of running behind trying to get everybody to get water and there’s a lot more people than there were yesterday," she said.  "It’s great.”

Members of the Sacramento City Fire Department are serving dual roles as construction volunteers and on-site first aid providers should assistance be needed. 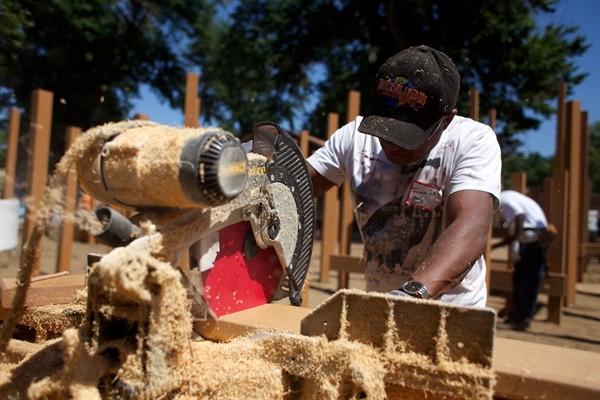 Volunteer coordinator Trisha Henderson says the people working on the project will be given every opportunity to stay as cool as possible.

“We’ve got the popup tents that just arrived today so we have shade cover and we’ve got fans coming in," she said. "We’ve got a hydration station which is just a hose so they can soak themselves. We’ve got bandanas for them as they get warmer and encourage people to go in the truck and cool off.”

Henderson says there will be an ice cream social to celebrate the completion of the project at 5:30 Sunday afternoon.  The National Weather Service says by that time, the temperature should have dropped to a cool 92 degrees. 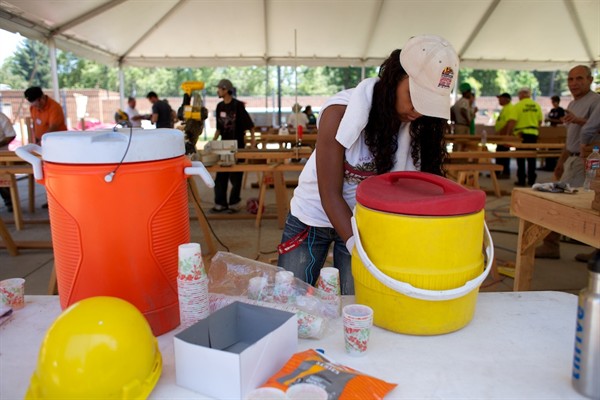