Cesar Chavez Park was awash in Sacramento Kings jerseys last night as thousands of people celebrated the group that helped keep the team from leaving.

The crowd chanted and roared with the appearance of players, the new owners, and Mayor Kevin Johnson. 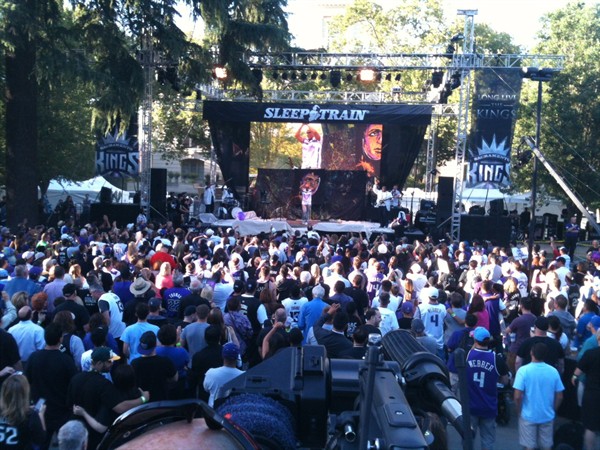 Before Johnson and Vivek Ranadive took the stage, Ranadive announced his ownership group has purchased the Sacramento Downtown Plaza.

Ranadive says the group also plans to buy the Macy's building.  The purchase would allow the group to demolish the entire mall if it wishes, to build a new arena. 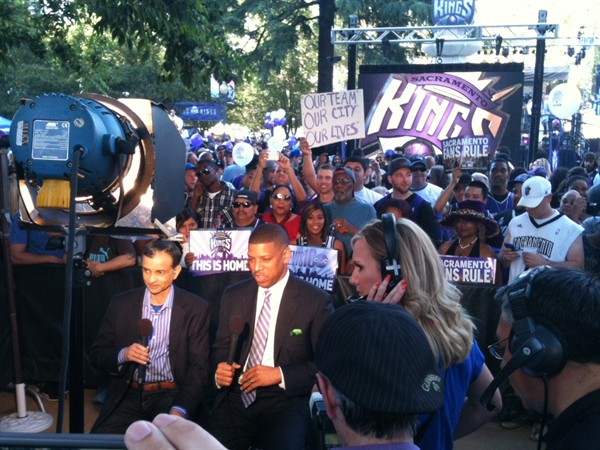 The crowd chanted "Thank you, Vivek" when Ranadive was on stage.

Ryan and Danielle Holaday were among the thousands who went to Cesar Chavez Park for the rally.  They had the most strollers of anyone in attendance.  They need them for the quadruplets Ryan was afraid would never see a Kings game.

"I was so excited when the Kings were staying.  I didn't know what would happen if they moved -four little guys with no games to go to. We'd have to be Warriors fans. That's not good." 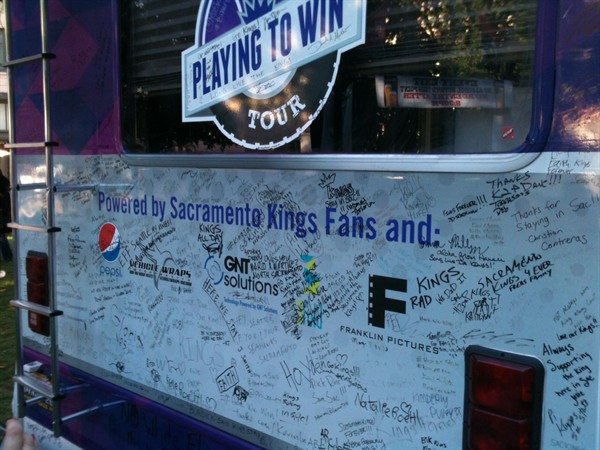 Another Kings investor, Chris Kelly, was at the rally with his wife, Jennifer.  He says he was always confident the Kings could be saved for Sacramento.

"I knew that this was possible and there were challenging times to make sure that it happened.  And knowing that there was that deep fan dedication from the beginning  meant that we thought we could get to this point and here we are."

Kelly says the ownership group will begin looking for design ideas at arenas around the country very soon. 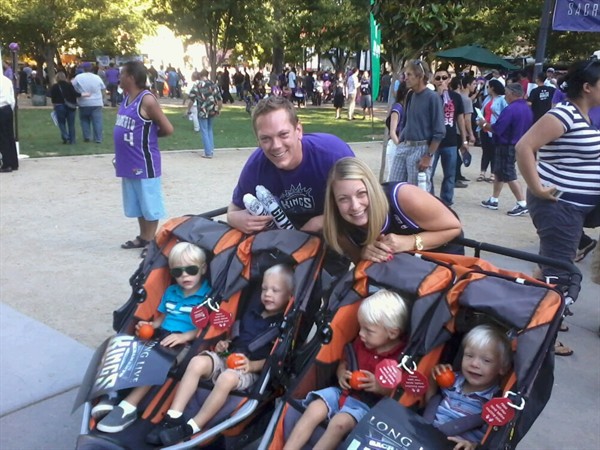 While some investors are focusing on the arena, Mark Mastrov is focusing on the operation of the Kings. He is no longer the lead investor in the bid to buy the team, but he has big plans once the sale is complete.

"There's a lot we can do. We can entertain more. We can make the experience greater. We can say the hi's and goodbyes.  We can touch people more.  I'm gonna have great seats, but I'm gonna walk up into the stands and give my seats away, I want to give to the fans who want to sit where I'm sitting." 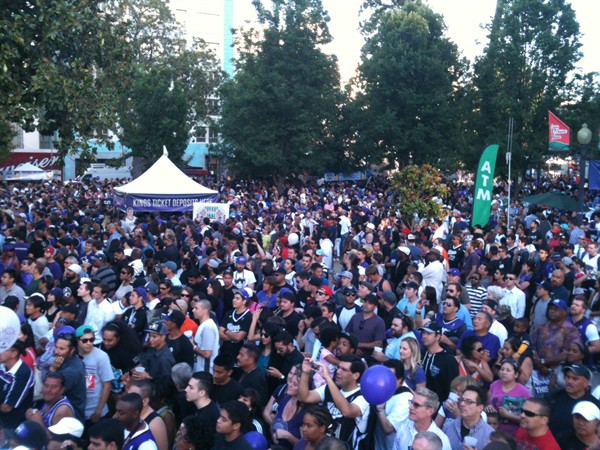 Mastrov described says his role with the team will be, "a little bit of everything."

The sale of the team is expected to be finalized May 31.