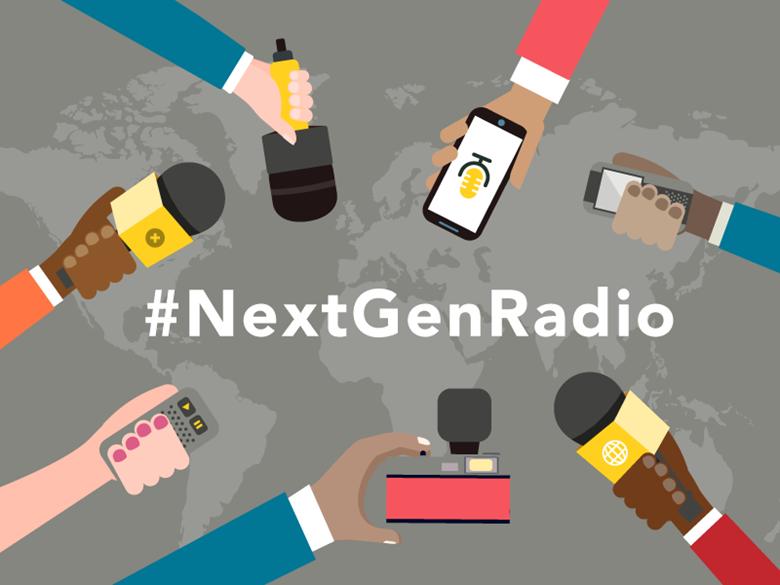 Thanks to everyone who made CapRadio's 2017 Next Generation Radio training week a big success.

Follow all the Next Gen projects with #nextgenradio
2017 project work is here: http://capradio2017.nextgenerationradio.org/
Stories from the 2016 project are online here: http://nextgencapradio.org/

"My NextGen experience changed the way that I feel as a journalist. I realized I was able to do more than I thought I could, and that itself felt amazing at the end of the week. I knew I wanted to work in public radio, and this program just reinforced that goal. I've been lucky to meet all the other NextGen students and mentors, and I can't wait to see what's next for all of us."
- David Rodriguez, Class of 2017
"Next Gen Radio is a week-long training bootcamp where you will be trained in all aspects of pre-production, production and post-production of multimedia journalism. Throughout the week, you will work one-on-one with mentors, senior editors and a technical team who will help and guide you throughout the process of pitching, interviewing, editing and publishing. You'll walk out of the Next Gen Radio with an audio piece you are proud of and a family of inspiring group of people."
- Nour Coudsi, Class of 2017
"After participating in NextGen, I'm confident that I can (and hopefully will) be a journalist. We spent a week reporting stories centered around a theme, and it was exciting to explore angles and produce our own pieces. It was a challenging, but rewarding week, and any student who is serious about working in public media should definitely apply. NextGen helped me develop the skills of a journalist, and I look forward to applying them in a news room."
- Laura Tsutsui, Class of 2017
"My experience with Next Gen Radio served as a rites of passage into the world of journalism. It takes skill and self esteem to become a true journalist. From pitching my leading ideas, to my first feature production, I earned my media and broadcast confidence."
- Marianna Sousa, Class of 2016
"The NextGen program is a great opportunity for students to gain experience in broadcast journalism. The skills acquired during the weeklong training will benefit any journalist in their future endeavors, whether it be recording interviews, learning to write concisely, shooting video, audio editing, or taking constructive criticism from professionals working in the field."
- Jacob Abbott, Class of 2015
"NextGen was the week where everything changed for me. Before this, I felt complacent with my journalism skills and was on the fence between public radio or exploring television as a career opportunity. I can now say without a shadow of doubt that public radio is my calling. It was the hardest week of my life, but it was also the week where I felt most alive. My mentor took my current abilities and pushed them more than I thought I could handle.
- Jonathan Ayestas, Class of 2015
"My time doing the Next Generation Radio training taught me so much more than I could have asked for from a very talented group of professional journalists. It also reminded me of why I love journalism and gave me a newfound love of public radio reporting. Since then, I successfully completed an internship at Capital Public Radio."
- Cintia Lopez, Class of 2015