The View From Here Intern 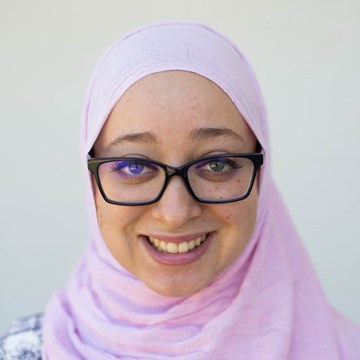 Malak Habbak is an Egyptian­-American born and raised in Southern California. She graduated with a Bachelor of Science in Communication and an emphasis on Journalism at Cal Poly Pomona in 2016. Malak was a photographer and staff writer at The Poly Post, the campus newspaper reaching 20,000 students and staff, covering topics from lifestyle, campus and cultural events to hard news and investigative pieces on campus protests, elections, resolutions and state and county audits.

Malak was a member of the Kellogg Honors College and earned the Outstanding Graduating Student Award presented by the Communication Department and Best Undergraduate Student Project Library Research Award by the University Library for a research paper on National Public Radio’s efforts to attract new audiences in the face of changing technology and new media.

Navigating the waters of real­-world journalism confirmed her calling. She aspires to be a journalist following in the footsteps of Nellie Bly, Helen Thomas, Seymour Hersh and Glenn Greenwald. She believes their works contribute to the preservation of democracy and protect the public from becoming targeted, controlled and helpless. Malak’s future goals include working on global and domestic hard­news, investigative and documentary stories on health, poverty, immigration, education, law and social justice. She hopes her work will bring about transparency, accountability, peace and greater understanding.
She is excited to take her next step to becoming a professional journalist as a summer intern with The View From Here. In her free time, Malak enjoys the outdoors, running cross­country, reading, painting, photography and travel.