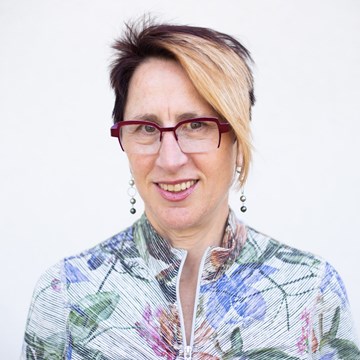 jesikah maria ross is a documentary mediamaker who facilitates collaborative projects that help residents identify issues and develop solutions for the places they live.  For the past 20 she has worked with schools, non-governmental organizations, social action groups, and public media stations to create storytelling projects that generate civic participation, public dialogue, and community change.  She is the founding director of the UC Davis Art of Regional Change (ARC) a university-community engagement initiative that brings students, scholars, and artists together with community-based organizations to produce place-based storytelling projects that catalyze social change.   Her most recent ARC project, Restore/Restory: A People’s History of the Cache Creek Nature Preserve, involved over 200 people in a collaborative effort to collect stories and images that chronicle their changing demographics, traditions, and relationships with the land that is now a Nature Preserve and curate the work an online storymap of community memories, an audio tour presenting multiple perspectives on local history, digital murals combining archival and contemporary images, and an illustrated historical timeline of the Preserve.

Before launching ARC, ross co-directed Saving The Sierra: Voices of Conservation In Action a transmedia project using public radio, the internet, a mobile storybooth and public forums to spotlight community efforts to conserve the culture, economy, and environment of the Sierra Nevada.  For this project, she co-produced 80 webstories, five public radio features, and an hour-long radio documentary that aired on over 200 NPR stations.

On her last film project, MAQUILAPOLIS, jesikah involved workers in Tijuana’s assembly factories in documenting their lives on video tape for a PBS documentary and then designed a bi-national engagement campaign utilizing the public television broadcast, 50 film festivals worldwide, and community screenings in 20 cities on both sides of the border.

From 2001 – 2012 she was the Participatory Media Specialist for Radio Netherlands Training Center and led their digital storytelling training initiatives in Holland, Ethiopia, Uganda, South Sudan and South Africa. She has won awards in radio, television, and community media, exhibited work in galleries as well as state museums, and served on the board of national organizations focused on the intersection of media and community development.