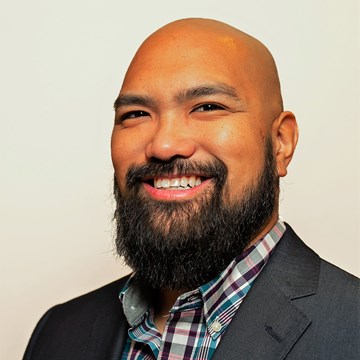 James is a Studio Operations Technician at CapRadio where he helps maintain automation systems and broadcast equipment.

He has lived in Sacramento since 1997, except for a five-year enlistment with the United States Navy. In the Navy, he deployed to Afghanistan, and helped plan and conduct Volunteer Community Relations missions in Kabul, distributing necessities to internally displaced persons. He began his career in broadcasting technology at a national radio network, shortly after his enlistment in 2014.

When James is not trying to fix your off-air notifications, he enjoys learning about technology, baking, and Olympic lifting. He resides in Carmichael with his wife and their three rambunctious children.