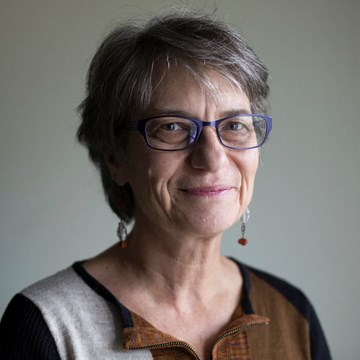 Catherine Stifter is the podcast editor for After the Assault: a podcast about healing and justice for sexual assault survivors, hosted by Sammy Caiola.

From 2011 to 2018, Catherine was Senior Producer at Capital Public Radio. She co-created and directed the station's award winning documentary series, The View From Here. Since 2013 she has served as a Senior Fellow at the University of Southern California’s Center for Health Journalism  mentoring California journalists through major health care reporting projects. Catherine is a Story Consultant for Natal Stories: a podcast docuseries about having a baby while Black.

From 1980 to 2018, Catherine worked in a wide variety of station-based, network and independent jobs in public media. She shares Peabody Awards for her editorial work on Crossing East, the first public radio series on Asian American history, produced by Dmae Roberts and The DNA Files, a documentary series exploring the science of genetics and its ethical, social and legal implications, produced by SoundVision Productions. She helped bring NPR's Next Generation Radio Training Project to CapRadio.

In between these projects, Catherine independently co-directed Saving The Sierra, (with CapRadio's jesikah maria ross) a regional media project documenting community efforts to conserve the environment, culture, and economy of the Sierra Nevada. The broadcast documentary was heard on more than 200 radio stations.