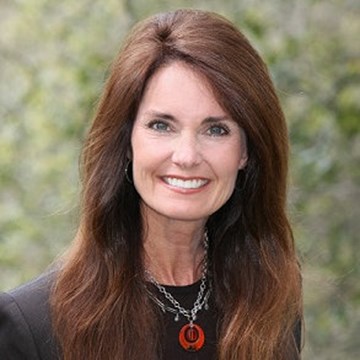 When Beth Ruyak landed her first job as a reporter more than thirty years ago, she knew she had found a career.  What she couldn't have imagined, is the people she would meet, miles she would travel and how curious the journey would be.

Beth's first boss called her the "neophyte newsie," but he taught her the basics of broadcast writing and how to take the work one-interview-at-a-time.  She found her way from newsrooms in Minnesota to California, and still, the career kept her moving.  Covering news, sports, science, health, arts and entertainment, Beth worked as a reporter, anchor, producer, and writer.  She hosted daytime television, magazine shows, special events and live coverage.  Among the highlights of her career: sideline reporting from 5 Olympic Games and Super Bowl XXV, traversing Europe for 3 Tour de France bicycle races (becoming the first woman television journalist to cover the event), co-hosting "The Home Show," and guest co-hosting "Good Morning America." Her news, sports and health reporting have earned Emmy awards and opportunities to interview, learn from and tell stories about people all over the world.

As host of "Insight" Beth delighted in the opportunity to communicate and converse in the region she calls home. People ask her about the differences between television and radio broadcasting; she says she tries to fill in the visuals with language, sounds, voice and imagination. To Beth, being part of the CapRadio team was a privilege, an adventure and a great reason to go to work every day. Of course, so was the dance as she calls it, with the guests and audience on "Insight."