Director of Programming and Audience Development 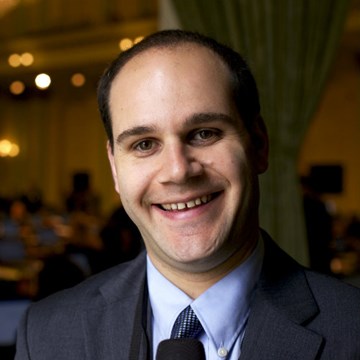 Ben first became a public radio listener in the car on his way to preschool — though not necessarily by choice. He made his radio debut (and blatant early mistakes) at Northwestern University’s student radio station, WNUR. There, he spent much of his time broadcasting sports; a news internship at Chicago Public Radio gradually helped bring him over from the “dark side.” He spent the summer of 2003 broadcasting Minor League Baseball in Great Falls, Montana, before turning full-time to public radio. After several years covering the Monterey Bay Area and hosting All Things Considered for NPR member station KAZU, he joined CapRadio in August 2007.

At CapRadio, Ben has held multiple roles within the Content Department. He started as the station’s Sacramento Region reporter, and soon hosted All Things Considered and anchored afternoon newscasts while continuing to cover the local news beat. In February 2011, Ben moved to CapRadio’s Capitol Bureau, where his love of politics made him a natural fit. A year later, he was named Capitol Bureau Chief, and for the next eight years, he led CapRadio’s statewide news coverage that airs on NPR stations throughout California.

Ben now serves as CapRadio’s Director of Programming and Audience Development, a position on the Content Department leadership team that he’s held since January 2020. As the lead advocate for CapRadio’s audience, he’s responsible for the “sound of the station” across all of CapRadio’s platforms — including radio, web streams and podcasts. Ben lives in Sacramento, where his wife, three children and several pets tolerate his love for public radio, baseball, scotch and poker.