The group ACT for America says the rally is in support of human rights and against Shariah, which the group says is incompatible with American values. 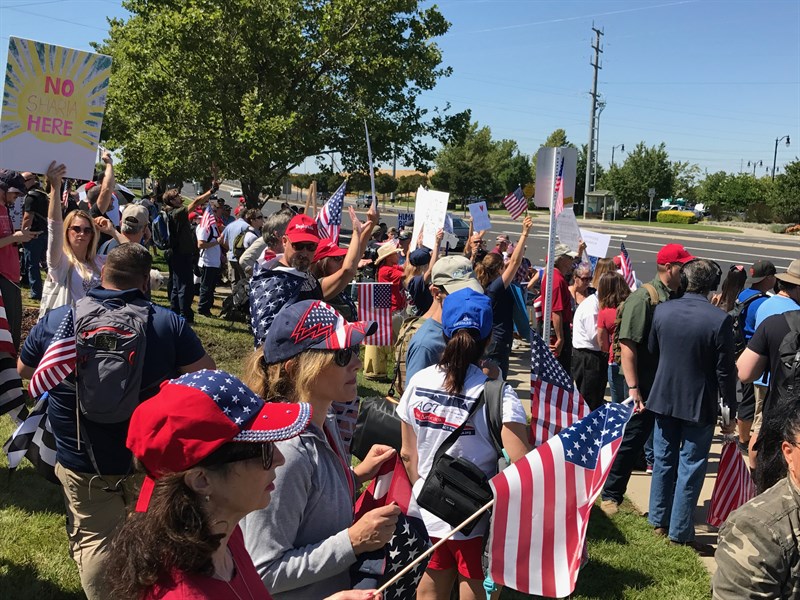 Daniel Fagundes is the president of the California Valley Patriots. He says he's protesting to bring Sharia law to the attention of the American citizens.

"There's no place for [Sharia law] in our country or any country," he says. "I want to protect our country from that for my daughter and for my unborn grandchildren."

Reverend Cliff Haggenjos is with the St. John's Episcopal Church in Roseville. He attended the counter-protest.

"The protest against Sharia law is actually a straw person designed to exclude people from our society," says Haggenjos. "We have many Muslim brothers and sisters who live in this area who are wonderful decent people and I'm here to spread a message of inclusion, not exclusion." 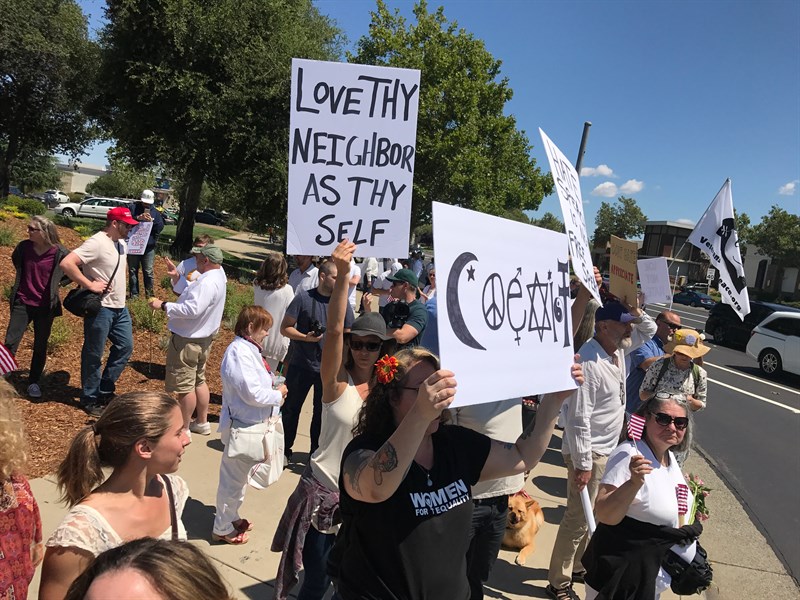 Muslim leaders nationwide have expressed concern, saying the marches go beyond anti-Shariah, and are really anti-Muslim.

The rallies were held at the corner of Galleria Boulevard and East Roseville Parkway, across from the Westfield Galleria Mall. 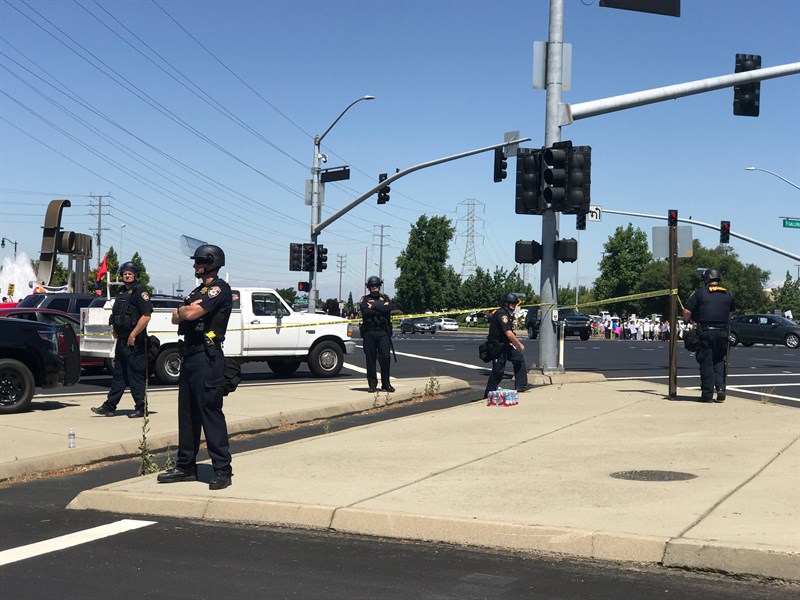 Roseville police officers and security monitored the situation throughout the area. Crosswalks connecting the two sides were taped off by police to avoid potential clashes.

This was one of four planned marches within California, and 28 nationwide.

Original: A national group is planning an 'anti-Islamic-law' protest Saturday in Roseville.

It's one of four planned marches within California, and 28 nationwide.

The rally is being held at The Fountains shopping center. Management there says its aware of the event "and is in no way associated or in support."

Muslim leaders nationwide have expressed concern, saying the marches go beyond anti-Shariah, and are really anti-Muslim.

The group ACT for America says the rally is in support of human rights and against Shariah, which the group says is incompatible with American values.

NPR reports that the group "appears to be in danger of veering in an extremist direction." One march in Arkansas "was organized by  Billy Roper, an avowed white supremacist." According to NPR, such extremism has alarmed the ACT for America leadership. NPR says the group severed ties with Roper and put out a statement that the Arkansas march was canceled.

The Southern Poverty Law Center, which classifies ACT for America as "an anti-Muslim hate group," is providing updates on the events planned across the country.

A counter-protest is also scheduled at the same location.