There are no active mandatory or advisory evacuations in place in Tuolumne County for the Rim Fire areas, but several highways and parts of the region, including a section of Yosemite National Park, remain closed.

Containment of the fire is holding at 80 percent, with the fire growing to 237,341 acres. There are 4,143 personnel assigned to the incident. Full containment is expected around Sept. 20.

Good progress has continued with burnout operations on the southeast side of the fire. Highway 120 at the Yosemite National Park boundary west to Buck Meadows is still under evacuation. There is a closure of Tioga Road west of Yosemite Creek Picnic Area. 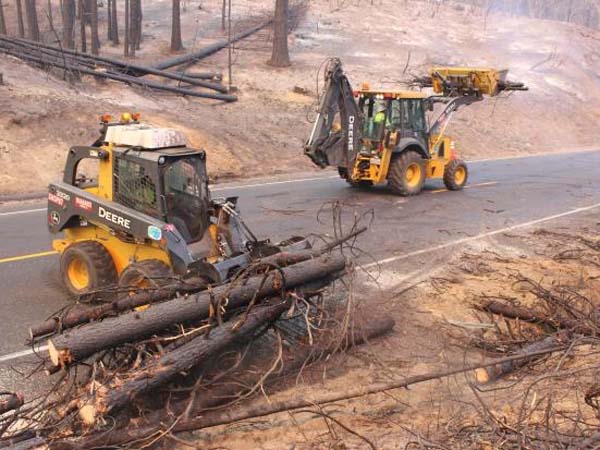 A Stanislaus National Forest closure order is in effect for locations near and in advance of the fire. Several locations to the west side of Yosemite National Park have also had closures implemented as a result of the fire's spread. Access and difficult terrain remain concerns for crews and equipment.

To clear up any possible confusion, the Tuolumne County Sheriff's Office has issued the following statement:
"There are no evacuation orders or advisements in Tuolumne County but we still have road closures where traffic is not allowed in or out."

HWY 120 from Ferretti Road to Buck Meadows is open to Residents and businesses only.
HWY 120 is closed at Buck Meadows.
Cherry Lake Road is closed at HWY 120.
Evergreen Road and Old Yosemite Road remain closed.

The Rim Fire’s southeast flank in Yosemite National Park is expected to remain active where unburned fuels remain between containment lines and the fire. Crews are constructing new line off the Tioga Road in an effort to reduce the amount of fire operations needed to contain the fire.

As conditions are favorable, crews will continue using firing operations to remove unburned fuels that could threaten containment lines on the fire’s south and northeast flanks. The fire’s west and north flanks are considered contained while firefighters continue to monitor for spot fires and heat found near containment lines. Weather conditions are expected to be similar to yesterday with slightly drier conditions.

Smoke exposure and air quality will continue to be a concern to the public and fire crew. California Interagency Incident Management Team 1 assumed command of the Rim Fire at 6:00 a.m.

Firefighters continue to gain ground on the Rim Fire, as containment reached 80 percent late Tuesday and the fire's growth is slowing. A total of 235,841 acres have been burned, and 4,185 personnel are working the incident.

Good progress was made Tuesday with burnout operations on the northwestern and southwestern edges of the fire. A large spot fire southwest of Pilot Peak was contained by crews putting in direct handline. 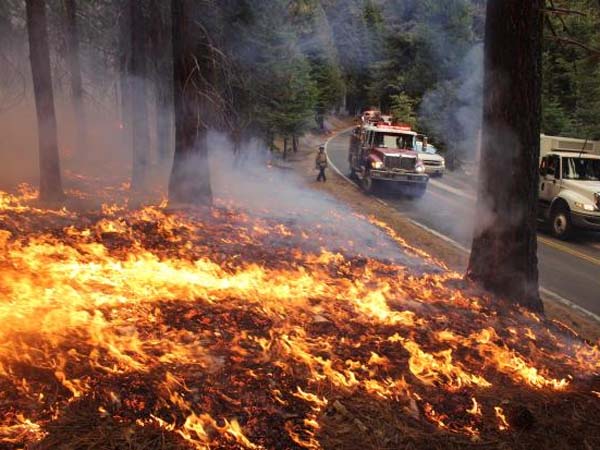 Highway 120 at the Yosemite National Park boundary west to Buck Meadows is still under evacuation. There is a closure of Tioga Road west of Yosemite Creek Picnic Area. A Stanislaus National Forest closure order is in effect for locations near and in advance of the fire.

The evacuation advisory for areas east of Highway 108 from Ponderosa Hills north to Pinecrest has been LIFTED. Several locations to the west side of Yosemite National Park have also had closures implemented as a result of the fire's spread. Access and difficult terrain remain concerns for crews and equipment. 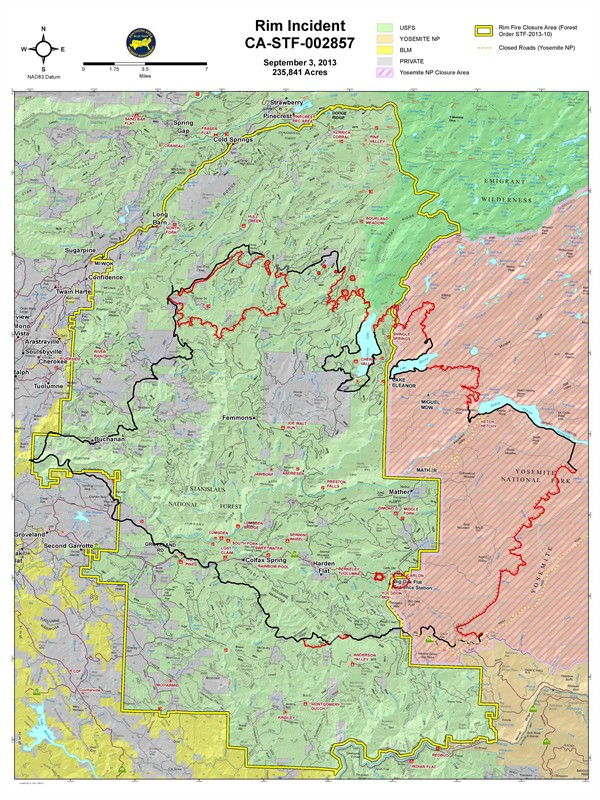 Wildland Fire Modules are assigned North of Cherry and Eleanor Lakes to monitor the fires advancement and contain spread in the rocky terrain where fingers of sparse fuels are present. Line construction with burnout is planned as necessary South of Harden Lake in Yosemite National Park. Continued burnout operations are planned in Yosemite National Park along Tioga Road as conditions allow. Additional burnout and reinforcement of control lines to the north /northwest of fire will continue. Patrol and mop up will continue as needed, until significant moisture is received.

Evacuations and Advisories
There are currently NO mandatory or advisory evacuation orders effective in Mariposa County. The evacuation advisory has been lifted for Ponderosa Hills and areas east, along the south side of Highway 108 up to Pinecrest. Highway 120 at the Yosemite National Park boundary west to Buck Meadows remains under evacuation.

Interview: Jury trials are on hold in Yolo County as omicron variant surges in Northern California