Electric utilities have an existential problem. The demand for electricity is not growing like it used to, dampening the need for new power plants, power lines and other infrastructure that drive their profits.

“From the early 1900s, the utility growth model was built on just expanding the infrastructure to more and more places, and we’ve almost been a victim of our own success in that the country is electrified,” says Kellen Schefter with the utility trade group EEI.

So utilities are looking for new ways to make money.

A couple years ago, Schefter wrote a paper about one remaining, largely-untapped market—transportation.

“Against the backdrop of slowing growth in the electric power industry, bringing electricity to the transportation sector is a huge, albeit long-term opportunity for load growth,” it says.

Schefter explains that  transportation is the second-largest type of power use in the United States, but it remains 92 percent reliant on petroleum.

“It’s really the last sector of the economy that has yet to be significantly electric-powered,” Schefter says. “It’s the single largest opportunity.”

The paper suggests utilities support the adoption of electric vehicles and play a key role, not just in supplying them power, but actually building the extensive new infrastructure those cars will need to plug into the electric grid.

California utilities are following this blueprint almost exactly in their quest for new market share. The state’s largest electric utility, Pacific Gas & Electric in Northern California, has already replaced a quarter of its own fleet of 14,000 cars and trucks with vehicles that run on electricity or natural gas. 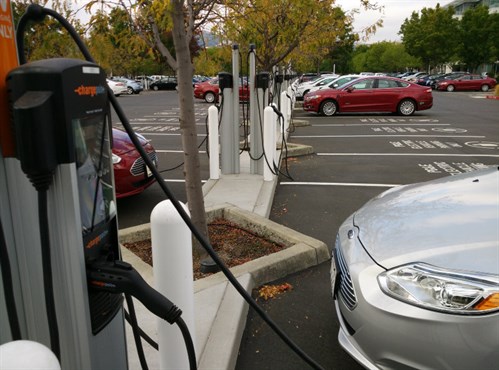 “We have about 90 charging stations; it’s the largest charging infrastructure, I think, in California for a single building,” says the company’s Aaron Johnson.

Instead of filling its own cars with someone else’s gasoline, PG&E supplies them with its own product--electricity.

The San Ramon facility could also serve as a model for the power company as it looks to expand beyond its own fleet and into public vehicle charging.

California lawmakers and Governor Jerry Brown have set a state goal of putting 1.5 million zero-emission vehicle on the road by 2025, six times more than the current 250,000 such vehicles registered in the state.

Those cars will need places to fill up.

The state “needs about 100,000 chargers in our service territory,” says Johnson. “We think there’s public infrastructure like this for about 5,000 charging stations, so we have a long way to go.”

PG&E has spent more than a year lobbying the California Public Utilities Commission to approve a new pilot program. In that time, its proposal has undergone major changes, after comments from environmental groups, ratepayer advocates,  electric vehicle charging companies and commissioners. Under the current version of the proposal, the company would oversee the build-out of 7,500 charging stations, paid for by adding 22 cents a month to each of its ratepayers’ bills.

The final version of the pilot program could either propel the growth of the nascent industry or imperil it as the century-old electric utility enters the vehicle charging business.. So far the industry is made up of tiny, start-up companies.

The three-year-old San Francisco-based startup Volta runs about 200 charging stations in the state.Two of them occupy prime parking spots outside of the Trader Joe’s at Stonestown Mall in San Francisco. 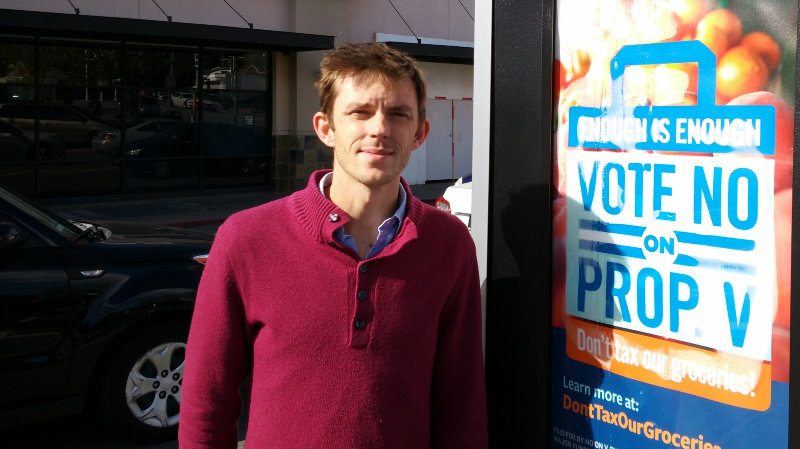 Volta CEO Scott Mercer says the chargers are used extensively, for as much as 18 hours a day. Electric car drivers park, plug in and fuel up for fifteen minutes or an hour.

“They go to the mall, do their shopping, plug their car in, and they get anywhere to 20 to 50 miles worth of range of free electricity,” Mercer says.

Volta has an unusual business model. Where other companies put an electric meter on the charger, so customers pay for the energy they use, Volta offers its electricity for free,  making money off prominent advertisements on the charging stations.

The PG&E proposal could potentially help decrease a major up-front cost Volta faces when it installs a new charging station. New electric lines must be wired to each charging unit.

“One of the biggest expense and most difficult and time-consuming is actually trenching the parking and bringing the power to the point of distribution,” explains Volta vice-president Abdellah Cherkaoui.

Southern California Edison has a similar pilot program underway in its service territory. The power company builds the connections to charging stations and also offers rebates to businesses and apartment buildings that want to install electric vehicle charging.

But PG&E has proposed going farther, and that has charging companies worried. The utility wants to buy and run its own charging stations. Volta CEO Scott Mercer says that puts him in competition with a billion-dollar behemoth.

“You and I fund this proposal—it’s a de facto monopoly, where a utility can take over and control the entire Northern California market and stifle innovation, in what should be a hotbed,” says Mercer.

PG&E argues it would still be a partnership, since it would purchase the charging station units from existing companies. The two sides of the argument have drawn unusual coalitions. Environmental groups--often foes of utility ownership in these proceedings--have sided with PG&E.

“We essentially need to plug in everything we can that moves and a lot of stuff that doesn’t,” says Baumhefner. “The electric industry is an inescapable partner in that effort.”

The state’s public utilities commission could decide Thursday how much of a role PG&E can play. A draft decision the commission will consider limits the electric utility’s ownership to no more than a third of the 7,500 charging stations it would help build. Additionally, PG&E could only own stations located in disadvantaged communities and multi-family dwellings, where the industry has less incentive to build on its own.

The final shape of the commission’s decision could influence the future profitability of the state’s largest electric utility, the direction of a growing start-up industry, and adoption of the electric car.

Harris, As Biden's Running Mate, Says Case Against Trump Is 'Open And Shut' 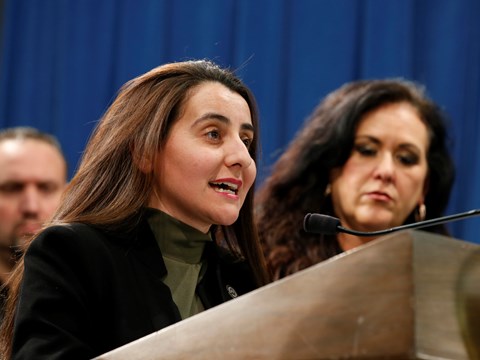