Classical music was always a focal point of my life. Growing up in New York, I'd seen Bernstein, and often heard live classical music. I thought nothing could rival playing on stage at Carnegie Hall when my high school class graduated there! 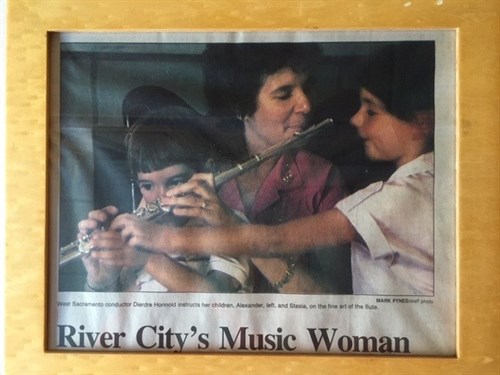 But my dream was to someday conduct an orchestra. When I moved to West Sacramento in 1985, that was my chance! The Chamber of Commerce loved my idea: The West Sacramento Community Orchestra! I founded it, conducted it, did everything for four years.

We played all over; hotel openings, holiday festivities, in Downtown Plaza, community centers. They were four unforgettable years, the realization of a lifelong dream!