UPDATE 7:31 p.m. Congressman Ami Bera and Sacramento County Sheriff Scott Jones defended their positions on immigration, the economy and national security during the only debate in the race for the 7th Congressional District seat Tuesday night.

.@RepBera calls for comprehensive immigration reform. @ScottJonesCA7 calls for a pathway to citizenship for all who pass background checks.

Should the US government have the right to hack U.S. citizens data? #CA07 Watch/listen: https://t.co/qpZSPwmFTN https://t.co/hEYwDkPKyV

CapRadio will have complete coverage on Morning Edition Wednesday morning and on CapRadio.org

Jason Shoultz of McClatchy will serve as moderator. Panelists will include: Bob Moffitt, Sacramento Region Reporter for Capital Public Radio; Dan Smith, Capitol Bureau Chief for The Sacramento Bee; and Zainub Tayeb, a student journalist for The Talon at Folsom Lake College.

Watch the debate on this page or listen on 90.9 KXJZ and our player.

Read more about the race for the 7th Congressional District here.

Follow @CAPolitiFact, who will be checking facts during the debate. 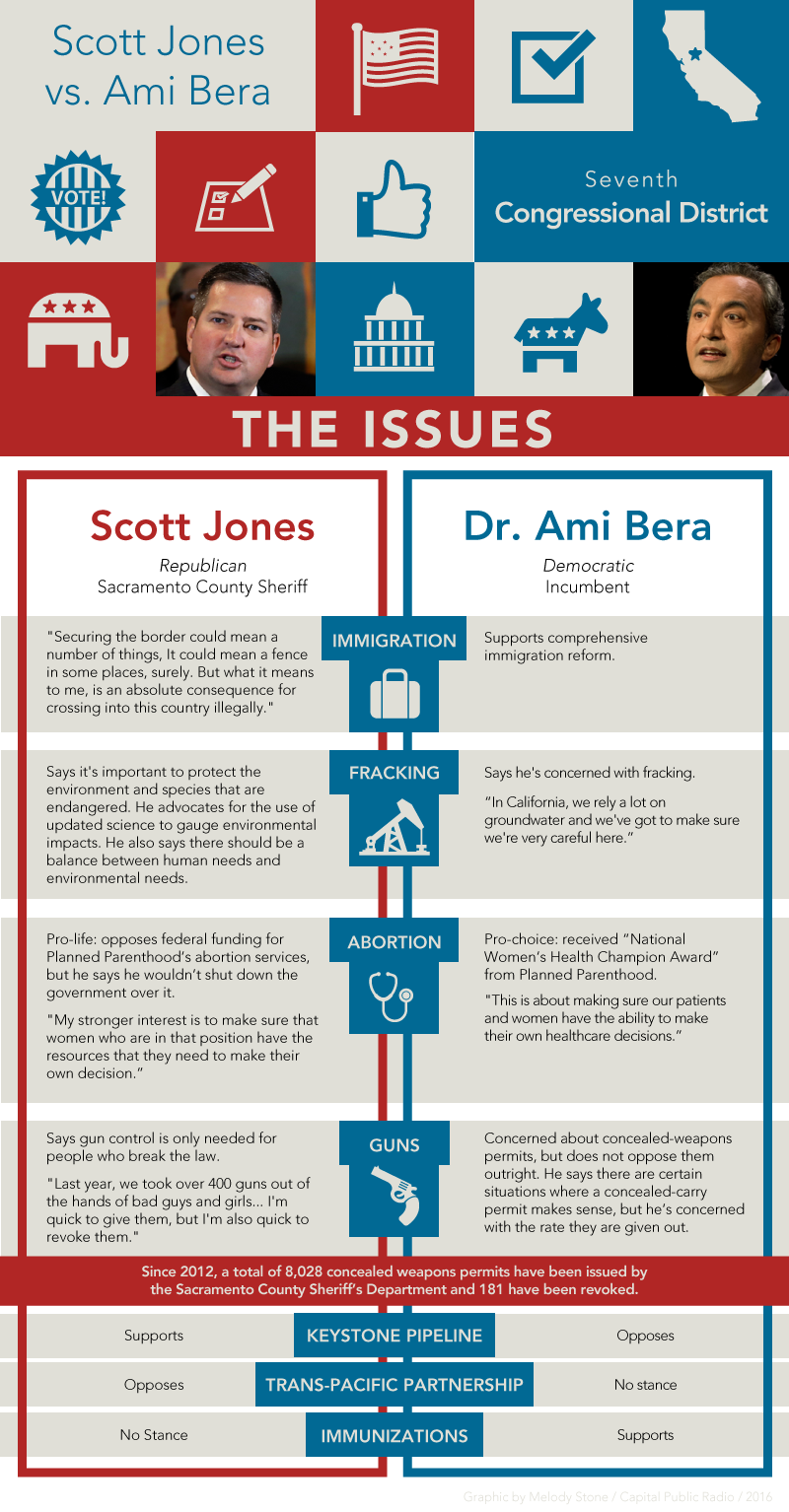