Proposition 54 Would Bring New Transparency Rules To The Legislature

Proposition 54 is being touted by supporters as a way to bring more transparency to  the state Legislature. It would generally require a bill to be in print for 72 hours before it can be passed. Critics say the waiting period would be exploited by lobbyists and special interest groups to kill bills they don’t like.

But the ballot initiative contains another element that opponents say could lead to more campaign attack ads. The proposition would allow the public to record and share legislative proceedings, something not currently allowed. Democratic consultant Steven Maviglio is representing the No on 54 campaign. He says it’s inevitable those recordings will be used for political purposes.

“I think the net result of that will be two things,” he says. “First of all, a lot of grandstanding by people who know their political TV commercials are being made on the floor of the Assembly or Senate. And also, attack ads.”

A state statute used to prohibit Assembly footage from being used for political purposes. But Gov. Jerry Brown recently signed a bill repealing that law. There are no restrictions on Senate footage.

Supporters of the measure say fears of  a new wave of attacks ads are overblown. Helen Hutchison is president of the California League of Women Voters. She says other governments that allow public recordings don’t have that problem.

“Recordings that are probably the ‘gotcha’ ones tend to be from campaign events, not from the floor,” she says.

Supporters also say the rule would allow legislative proceedings to be live streamed on apps like Facebook and Periscope. The California Channel currently provides footage of all floor sessions and various committee meetings.

A final provision of the ballot measure would require that a video recording of all public legislative meetings be posted online within 24 hours. The videos would have to be available to the public online for at least 20 years. 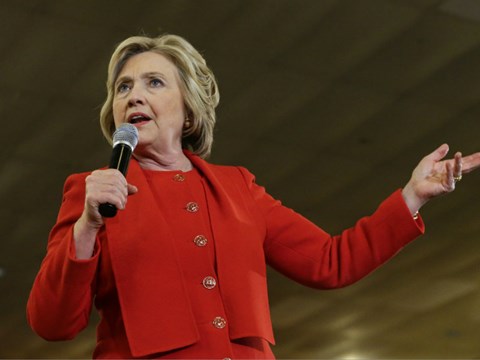 As She Heads To California, How Has Hillary Clinton Fared With The Truth?