Five years removed from one of the most sweeping criminal justice reforms ever implemented in the state, California’s 58 counties are still coming to grips with the effects of the plan known as Public Safety Realignment.

Realignment aimed to satisfy a U.S. Supreme Court order to reduce the state prison population by some 30,000 inmates by transferring responsibility for non-serious, non-violent and non-sexual felons to counties.

Today, at least 40 California counties have either completed or are planning jail construction projects.

It’s been about a $2.5 billion windfall for jail construction in California. And that’s just counting state grants, not what counties are spending in matching funds.

“I find it alarming,” San Francisco Deputy Public Defender Jennifer Johnson said. “Of course counties are going to try to get the money. It’s setting counties up to have more jails.”

But many sheriffs say they don’t choose the inmates they receive, and a lot of jail renovation and construction projects are now geared toward improving conditions for an increasing number of mentally ill inmates.

Plus, crowding in local lock-ups has also become less of an issue since the implementation of a second colossal change in criminal justice policy enacted in late 2014 — Proposition 47.

The initiative re-classified lower-level property and drug felonies to misdemeanors, and jail populations dropped by 8,752 in four months, according to research by the Public Policy Institute of California.

Meanwhile, counties are building nearly 10,000 new jail cells with state funding, according to data from the Board of State and Community Corrections. Some of the projects have shifted recently, to improve conditions for inmates with psychiatric issues.

“You have projects like in Alameda [County], where they are refurbishing a wing of one of the facilities into a mental health space,” PPIC researcher Brandon Martin said. “Ventura [County] is building a new building that will be mental health specific, so is Butte County. Sonoma’s doing the same thing. Humbolt is doing the same thing. There is definitely a big shift.”

There’s also a big fight over it, with some treatment providers and advocates arguing that the state is prioritizing in-custody psychiatric services over a community-based approach.

How Much Did California Counties Receive for Jail Construction?

Sonoma County Assistant Sheriff Randall Walker said that when the community’s main jail opened in the early 1990s there were only about a dozen inmates who needed treatment for a mental illness. Today the jails hold 440 inmates receiving some kind of psychiatric care, with 198 in special housing for people with more acute mental health issues.

“They may be able to fit,” he said “but you can’t do the proper programming because you can’t get people out [of their cells].”

The county is building a $44 million behavioral health unit scheduled to open in 2019 — with $40 million in state grant funding. It will house up to 72 inmates and include enhanced space for them to get out of their cells and attend programs, like education or therapy.

“Socialization’s a big part of it,” Walker said. “That’s what the new facility is going to give us. It’s going to be the perfect space to do programming, socialization, all the things that are important to treatment.”

“I see the jails doing what they can,” she said. “They’re trying to be considerate of mental health challenges that people are going through which many times can contribute to them ending up in jail.”

McDavid said while that effort is admirable, communities need to do more to help people connect with organizations and entities that specialize in psychiatric care — so they don’t end up in jail.

“They have an episode, they have a crisis, because their mental health needs were not getting met,” McDavid said, “and so they get into bad situations. They make bad choices.”

A Different Direction in San Francisco

“Jails are just not treatment facilities,” said San Francisco-based clinical social worker Kathleen Lacey, who specializes in treating patients with severe mental illness and violent criminal histories. “No matter how nice you make it, it’s still run by the Sheriff’s Department, not by mental health professionals.”

That debate in San Francisco culminated in December, when a group of people opposed to San Francisco’s plans to build a replacement jail similar to Sonoma’s Behavioral Health Center shouted down a Board of Supervisor’s committee meeting on funding the project. Sheriff’s deputies and firefighters removed three protesters after cutting through the chains that they’d attached to seats in the board’s chambers.

The city scrapped its plans and relinquished an $80 million grant from the state.

“San Francisco took a big bold move in saying, ‘No, we’re not going to build a new jail,'” Lacey said. “It’s unfortunate that that money is only being offered to build jails; it’s not being offered to build treatment facilities, and that’s where we constantly come down the line. There is a lot of money to incarcerate people, and the money for the treatment just doesn’t show up.”

Lacey is part of a group that’s pushing an alternative to jail construction. Along with public defender Jennifer Johnson, she co-authored a paper outlining a “Behavioral Health Justice Center” that would be a place for jails to release inmates who need psychiatric care.

“We have this window of opportunity where there’s oddly bipartisan support for criminal justice and mental health reform,” Johnson said. “I feel this sense of urgency where we have to do something right or we’re going to be stuck with another 40 years of failed policy.”

San Francisco is still deciding how to replace one of the city’s aging jails, a decision expected later this year.

Sonoma County is breaking ground on its jail’s new behavioral health unit soon, and expects it to open by 2019.

This story is part of our California Counts collaboration with four California public media organizations to cover the 2016 election. The partners includeKPCC in Los Angeles, KQED in San Francisco, Capital Public Radio in Sacramento and KPBS in San Diego. 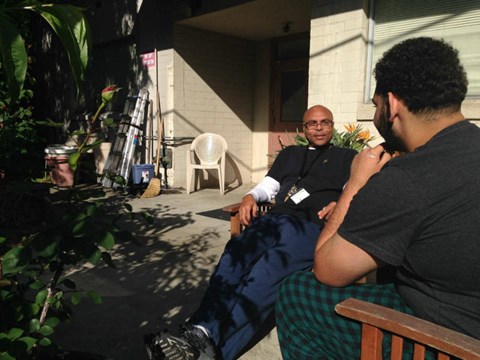 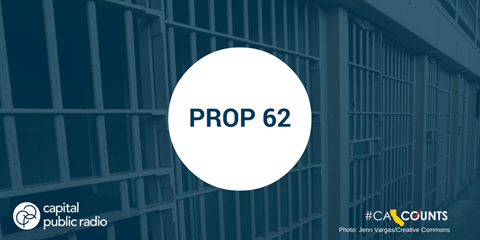 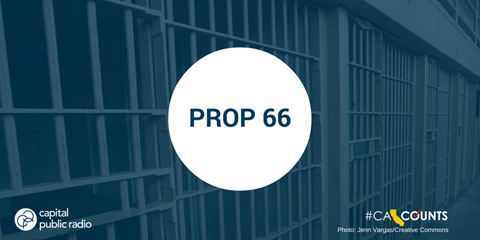