Will People Of Color In California Use The Aid In Dying Law?

Death was a topic that wasn’t discussed in Adrienne Lawson Thompson’s home growing up. The Los Angeles native says it was such a taboo topic, that her own mother didn’t even reveal what illness she was stricken with before she died.

“She didn’t want to disclose things to me because ‘Oh, you’re young. I don’t want to be a burden to you. You have your children, recently married.’ And we don’t look at it that way, as being a burden,” Thompson says.

And it’s that trust that may lead many African Americans not to participate in California’s End of Life Option Act.

“Very few have used the law that are Hispanic, Asian or Black,” says George Eighmey, president of Death with Dignity in Oregon. He says requests are generally made by people who are white and highly educated. 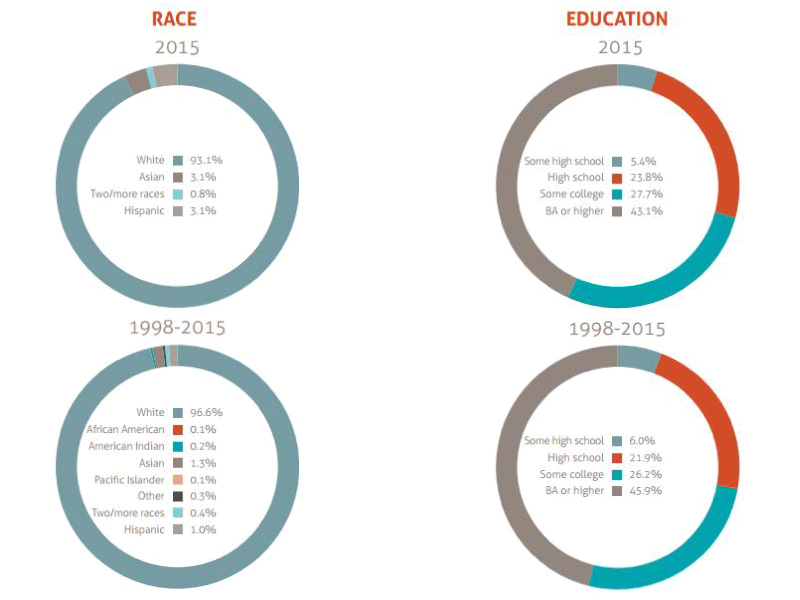 In Oregon, between 1998 and 2015, 97.1 percent of participants were white, according to the Oregon Health Authority.

Last year in Washington, 98 percent of participants were also white, according to the Washington Department of Public Health.

But while Oregon and Washington have largely white populations, California’s demographics are much different. Latinos are 39 percent of the population and Asians and African Americans make up 15 percent and 6 percent of the state’s population, respectively.

“Our demographics are really, very different and we don’t know yet who is going to be asking about this option with the intent of participating,” says Lael Duncan, medical director of consulting services at the Coalition for Compassionate Care of California.

Britta Guerrero, executive director of  Sacramento Native American Health Center, says when members of her community face terminal illness, trust in their culture and their own healers is also important.

“We would seek maybe to see a medicine person and try to receive doctoring from a cultural perspective, a spiritual perspective,” Guerrero says.

In addition to these cultural and spiritual differences, there’s also the country’s history of using people of color for medical experiments.

Between 1973 and 1976, the US government sterilized 3,406 American Indian women without their permission.

“I think we have a long-term distrust for the medical and health care system,” Guerrero says.

CynthiaPerrilliat, executive director of Alameda County Care Alliance, says trust in the health care system is also a major issue in the African American community due to medical experiments like the Tuskegee Study of Untreated Syphilis in the Negro Male.

“Black men that had syphilis not being treated, the role that the government, quote, unquote, had to play in that, the role of the health system in that,” Perrilliat says.

It’s too early to tell whether this dark history will affect minority participation in the End of Life Option here in California.

The Department of Public Health will release a report on participation in the law, including a racial and ethnic breakdown, next summer.