Michael Ruiz of Sacramento felt the statue needed some explanation.

“The little creep just looms over me on my way home, as I leer at his grotesque self-satisfaction.” Ruiz submitted the story suggestion. He’s particularly curious about the building upon which the statue sits. “Why the security cameras, and coded door pad, and blacked out windows? Why so well-maintained?”

First things first — Cappy Dawg is the hot dog's name. Longtime residents of Sacramento may remember the statue from its former location in front of the defunct Capitol Dawg restaurant at 20th and Capitol in Midtown. Michael Brown opened Capitol Dawg, Hot Dog Assembly in 2008, but purchased Cappy long before he knew what to do with the statue.

“I just liked it so much,” Brown says. “Maybe really what it was was a bit of psychic performance on my part because I really just thought at some point in time I’d have a need for it. I’d put it somewhere. But in the meantime I stored it in a warehouse in Los Angeles.”

Brown estimates the statue collected dust for about four years.

“I pretty much forgot about it and then when I got the lease on the building in Midtown I thought, I’m going to use this,” he says.

When Brown pulled the dusty, cardboard box off the six-foot-tall hot dog he noticed that it was wrapped in an American flag.

“It was as if the stars had aligned and you knew that Capital Dawg was something that truly meant to be,” he says.

The self-cannibalizing hot dog man on the patio in front of Capitol Dawg delighted and perplexed customers until the restaurant closed in 2012. 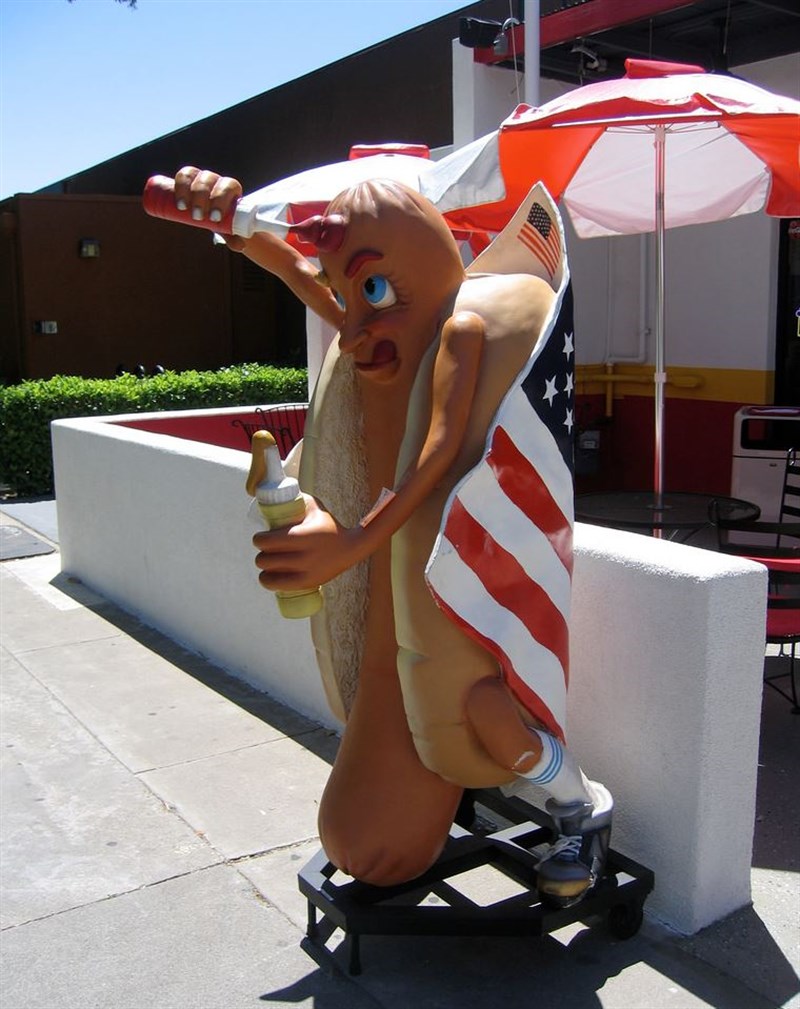 Cappy Dawg in front of Capitol Dawg restaurant. Eventually Brown moved the statue off the sidewalk and closer to the building because so many children hung off his arms and they kept breaking off. Johnny / Flickr

After the restaurant closed Cappy went to live on top of the red and black building on Alhambra and T. The building is the private recording studio of Brian Wheat, the bass guitarist for hard rock band Tesla. Hence the blacked-out windows and security cameras.

Wheat and Brown are good friends. The pair cooked up a plan to break the Guinness World Record for the Most Expensive Hot Dog in 2012. They journeyed to Sweden to find the world’s most expensive cheese (a soft moose cheese) and then smuggled it back into the country and put a $145.49 hot dog on the menu at Capitol Dawg to win the title. 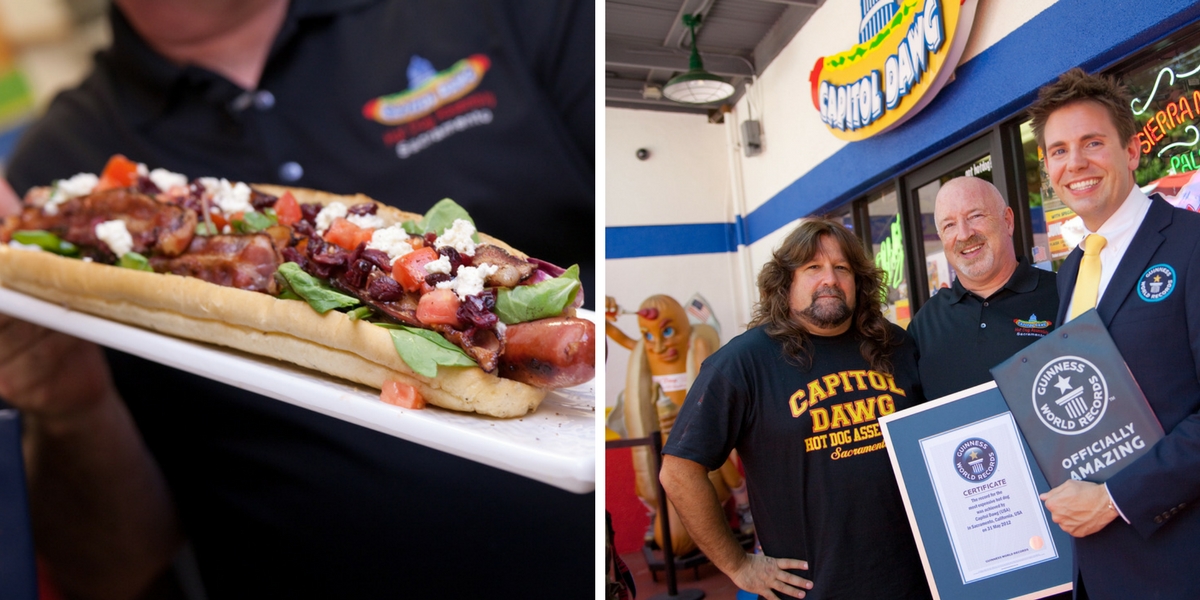 So when Brown closed his restaurant, he figured there was no better person to have the hot dog statue than his friend Wheat.

Wheat’s wife, Monique St. John Wheat says they frequently get asked if the building is the site of a new Capitol Dawg restaurant. She says they like that it’s kind of mysterious.

“We’re fairly private people, but when people come and ask I will tell them the history behind the statue,” Monique says.