Spice Girls 'Wannabe' Wants To Be An Anthem For Girl Power 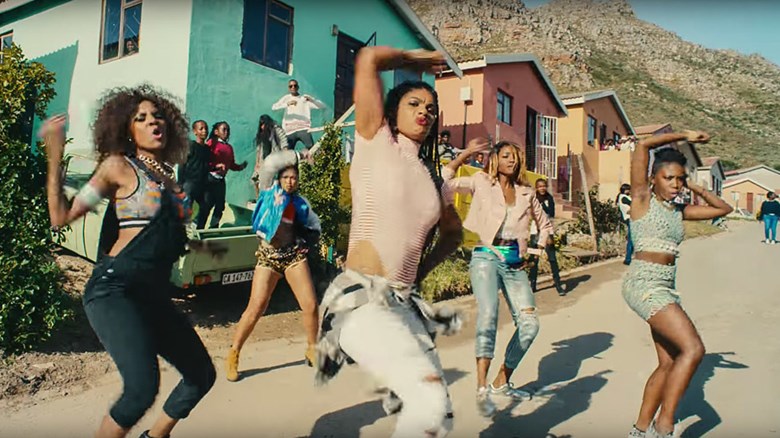 Dancers are part of the #WhatIReallyReallyWant music video.

What do girls want? What do they really, really want?

That's the topic of the 1996 song "Wannabe" by the Spice Girls, which was definitely aimed at would-be boyfriends ("get your act together we could be just fine").

Now the song is back with a new message. The U.N.'s Project Everyone — a group founded by filmmaker Richard "Love Actually" Curtis — has put out a video with the original recording but a new girl power emphasis. In the video, British girl group M.O, Canadian YouTube star Taylor Hatala, Nigerian-British singer Seyi Shay and Bollywood actress Jacqueline Fernandez lip sync and dance to the song against backdrops with signs calling for "equal pay" and an end to violence against women.

The video is part of the Global Goals campaign, a U.N. initiative to promote the Sustainable Development Goals for 2030.

The 21st century "Wannabe" is nearing a million views on YouTube, where the accompanying blurb urges viewers to share a photo with a sign stating "what YOU really, really want for girls and women."

We wanted to know how 21st century girls — none of whom were born when the song first came out — reacted to the video. We also asked what they really, really want for the women of the world.

"I think it's incredible how they include so much diversity in the girls and women pictured in the video," says Vaannila Annadurai, 17, of Louisville, Kentucky. She's a leader with the U.N. Foundation group Girl Up, whose mission is "uniting girls to change the world."

Her one criticism is she wishes "there were a greater call to action at the end," maybe listing organizations that work for gender equality.

Several other Girl Up girls weighed in. "I really like the video," says Celia Buckman, 16, of Glencoe, Illinois. "It combines serious topics like child marriage and equal pay with a really upbeat song. I really, really want quality education for all girls."

Nehal Jain, 15, of Vienna, Virginia, likes the "global girls" dancing in the song but wishes the lyrics were changed "to reflect the global goals — currently the video has empowering messages [but] the lyrics are the same." Imani Brooks, 18, of South Boston, Virginia, also wishes the video would "mention some more goals."

We spoke to some girls in India as well, a country where women face many obstacles in the fight for equality. Rhea Chauhan is a 19-year-old liberal arts student in Mumbai. She liked the video a lot. "What I really, really want most of all is freedom for girls — a bit of what the boys have," she said. "Society has certain boundaries. I'd like us to be able to do the things we're capable of doing even if society doesn't condone them." She means not only career choices but the simple freedom to travel "when and where you want, with whom you want."

"What I really, really want is better representation in the media," says Raashi Raghunath, 19, an economics major who started Project Murals and Doodles to beautify Mumbai's public walls with works by amateur artists. "We don't have enough women-centric films. We're always the sideshow, the love interest. If women characters were more normal, of all shapes, sizes and ages, maybe then people's perceptions would change."

Sanchi Chatwal, 18, of Delhi, who starts college this fall, says the video was fun but the dancing and costumes distracted her from the message of girl power.

"I could not really relate to it," she said. "It's got a typical Hollywood feel with thin, beautiful, attractive women." She would have liked all kinds of women to be featured in the video, "not just women who look like this and speak English."

As for her goals, "what I really really want is for women to be taken more seriously," she said. "Opinions are not taken seriously when they come out of a woman's mouth. If a man says it, it's fine. But even when educated, qualified women speak, a man's opinion will still be sought."

Chhavi Sachdev, a writer based in India, contributed to this story.