Many people don't know that California's state insect is the native Dogface Butterfly. The largest population of the species lives outside of Auburn.

The Bear River north of Auburn winds through several properties the Placer Land Trust owns and manages. Many parcels are typical of the Sierra foothills, but one 40-acre parcel is truly unique.

It takes a 20-minute drive and a half-mile hike off a back-country road to find out why.

"See it down there?" asks Greg Kareofelas. He is a volunteer with the land trust and helps guide a few tours per year. 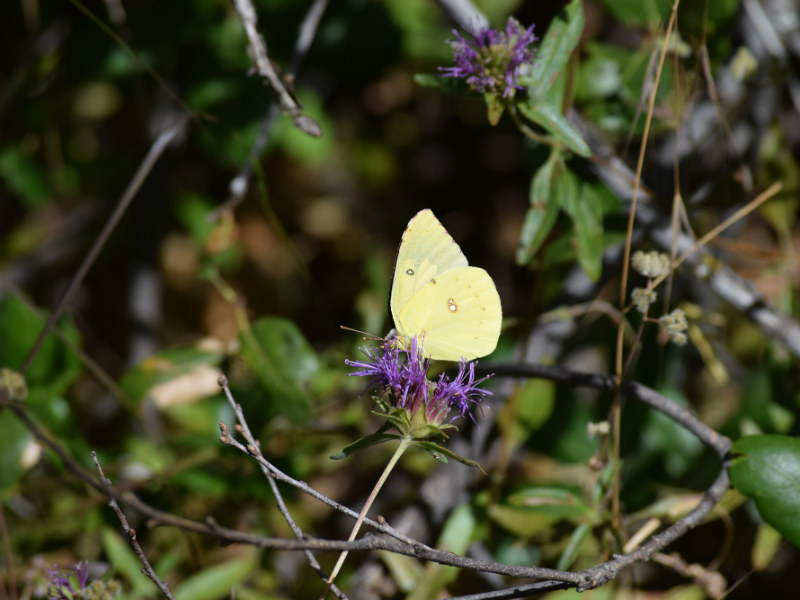 When the temperature is warm, as many as 80 pale yellow female butterflies with a single black dot on each wing appear. Meanwhile, 125 orange male butterflies, each wing tipped with black and what seems to be a profile of a face, also appear.

A century ago, French entomologists thought the mark on the male butterflies looked like a poodle. Hence, the name.

Kareofelas points out two males and a female.

"You have now seen more dogface butterflies in the last two minutes than even a collector will see in a normal year," says Kareofelas.

The dogface feeds on the nectar of any flowers available, but as a caterpillar, it feeds only on a plant called False Indigo. For reasons unknown, this part of Placer County is covered in it. 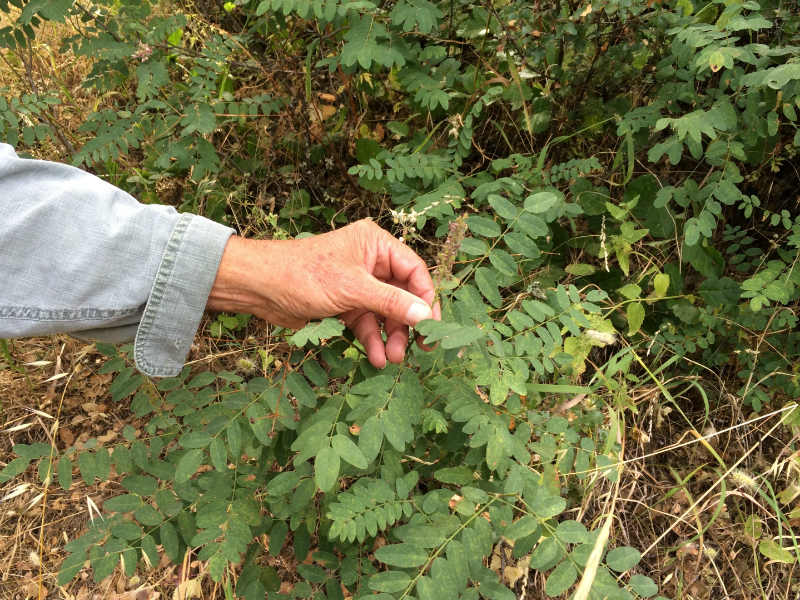 False Indigo is the only thing the Dogface Butterfly will eat as a caterpillar.  Bob Moffitt / Capital Public Radio

When the trust bought the property in 2005, it had no idea it had just purchased the best-known habitat for the dogface in the world.

Deren Ross is a volunteer for the trust. A couple of years after the property was purchased, he heard there might be a rare butterfly in the area. He thought he'd try to find it.

"I started looking for the plant, I worked with the Native Plant Society and found some old records. I found one for this site," he says. "And the following season we came out with a group and lo and behold, California dogface butterflies everywhere."

The Placer Land Trust owns or manages 8,000 acres. Justin Wages is the land manager.  He says there is no particular reason the False Indigo grows so well here. The trust has tried to help increase the False Indigo population, with little success.

He says a local nurseryman tried everything he could think of.

"The seeds have a very hard coating on it, so you have to do what they call scarify. It's meant to be in the soil," says Wages. "He tried boiling. He tried using sandpaper. He tried using acid. I don't remember which worked the best. But, of 100 starts, getting only six plants is pretty terrible."

Placer Land Trust takes #CapRadio on a hike through the Shutamul Preserve, the only known local habitat of the dogface #butterfly, the state insect of #California. Naturalist Greg Kareofelas explains the significance of this habitat.

Wages and other members of the land trust say they will likely never know why this area is the perfect habitat for the insect. They guess its proximity to the Bear River may have allowed False Indigo seeds to wash high up the canyon banks during a previous flood or that birds may have transported the seeds from somewhere else, like Napa or the San Gabriel Mountains where the plant is also occasionally found. 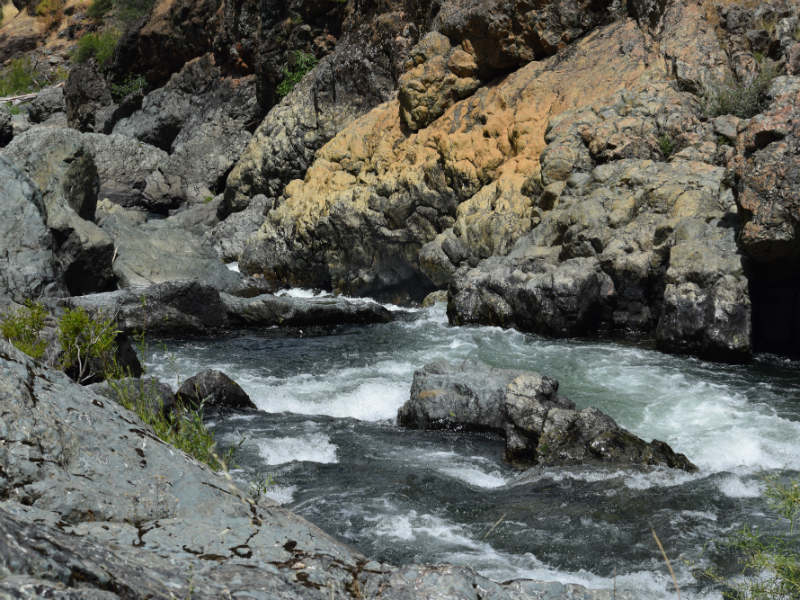 Placer Land Trust members wonder if the Bear River may have carried the False Indigo seeds high up its banks during a flood.  Paul Adams / Capital Public Radio

Kareofelas says many of the insects are probably holdovers from last year. But he and other "citizen scientists" who study the dogface say they haven't figured out how the species survives the winter.

Kareofelas says he hopes to put a net over a small area of butterflies late in the year and then study how they survive the winter.

July will mark the 44th anniversary of Governor Ronald Reagan signing into law the proclamation that made the dogface the state insect. The idea was submitted for legislation in 1972 by fourth-graders from Daily Elementary School in Fresno. 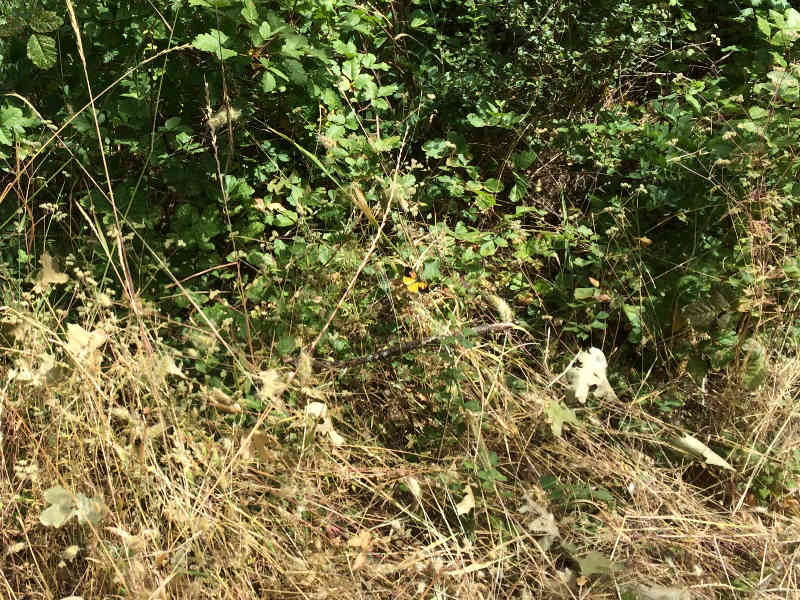 Getting a clear picture of the Dogface Butterfly has been a challenge for members of the Placer Land Trust and professional photographers.  Bob Moffitt / Capital Public Radio