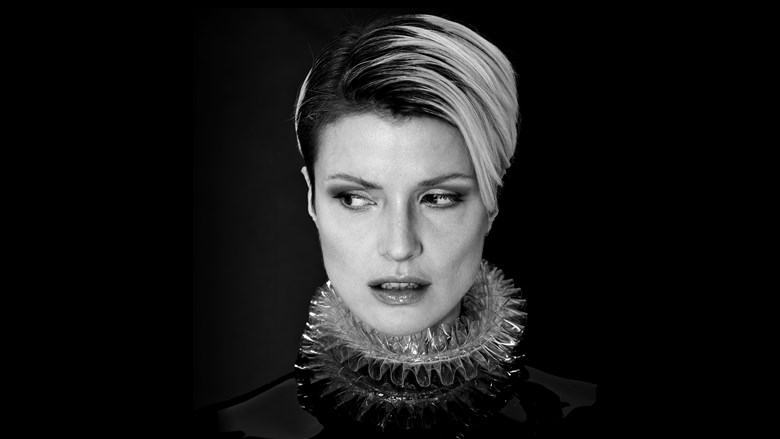 Olga Bell's latest album, Tempo, is a move away from her classical roots — and towards electronic dance music.

Olga Bell is a classically trained pianist who has ventured deeply into the world of electronica — and now, on her new album, Tempo, into dance music.

Bell was born in Moscow, grew up in Anchorage and now lives in Brooklyn. She joined NPR's Scott Simon from a studio in London to talk about her childhood memories of Russia and the double life she led as a classical musician and hip-hop fan. You can hear their conversation at the audio link, or read on for an edited version.

Scott Simon: How did you begin work onTempo?

Olga Bell: I guess I felt a compulsion to dance, to do something physical. My previous record was sort of intellectually motivated, and this one was just much more about dancing!

You graduated from The New England Conservatory — and you've been playing music, I gather, from a pretty young age.

I have been. I started piano when I was 7, and I was a very serious classical pianist until was about 21.

Well, I'll tell you what happened: I didn't get into Julliard's graduate program. Isn't that such a first-world problem to have? [Laughs.] And then everything changed after that: I moved to New York, got a laptop, started with GarageBand and gradually kind of made my way into songwriting and production.

What do you love about electronic music that maybe didn't connect with you in classical music?

Well I sort of led a double life when I was strictly a classical musician. I would do what I considered my job, which I loved, and which was to honor the wishes of my Russian mother and my Russian piano teacher. And I practiced, and I did my competitions and recitals and really loved it, and really flourished. But then, when nobody was looking or paying attention, I would listen in my spare time to Radiohead and Bjork and lots of hip-hop, lots and lots of A Tribe Called Quest and Wu-Tang Clan. And I would play those beats and sort of frolic in the sound-world.

And because of the way I was trained in very serious piano study, I guess as a Russian — or maybe as anybody — it's like gymnastics or ballet, and I wasn't really encouraged to dabble in anything else or explore any other interests. So I had this double life, where I was listening to all this music for fun that I was never allowed to make.

Did you parents know?

Yeah, they knew. But as long as I practiced my sonatas and everything, it wasn't really a problem. It wasn't really until I ran into this, what at the time seemed like a pretty catastrophic failure, that I let myself try my hand at this other music world.

I hope that it enables me to continue to travel, to share with people, and get people moving. It's that kind of record, I guess.