When we last visited the Central Valley farm town of Lindsay, Amy Huerta and her brother, Luis, were in the middle of a pretty intense dinnertime conversation about voting.

“I mean, these are things that matter,” says Luis, who can’t vote because he’s undocumented. Amy is 18, and she could be the first in her family to vote, so he’s putting a lot of pressure on her.

But other potential young voters in Lindsay come from families where politics are not a main course during family dinner.

‘It Doesn’t Matter If I Vote or Not’

Across town from the Huerta household, 22-year-old Cassandra Baca’s daughter, Amoriee, just woke up from a nap.

Baca says she hasn’t really thought at all about voting. She’s got enough on her plate as a single mom with a baby. She works as a kitchen assistant in a facility for senior citizens.

“It doesn’t matter if I vote or not. I don’t think it would count. It really doesn’t have anything to do with me,” she says, as she tries to distract the baby by jangling her car keys.

Cassandra’s dad migrated from Mexico to work in the fields. After she got her GED, she picked fruit in the citrus orchards, too, climbing on top of the tall ladders and braving the thorny branches to pick lemons.

As for working in the fields?

Was the lesson that she didn’t want to do it?

Cassandra Baca, 22, and her baby daughter, Amoriee. Baca says she’s too busy as a working single mom to think about voting. Sasha Khokha/KQED

“Yeah, to do something better than working in the fields. It was a good experience to know you can work hard for your money, and that’s not an easy job,” she says. “A lot of Americans just sit around on their desk while immigrants are actually out here, from the dawn to when the sun goes down, working in the fields.”

In fact, the only thing that’s caught her attention this election season has been Donald Trump’s message about immigrants.

“Some of the stuff he’s been saying about Mexicans,” says Baca. “If it wasn’t for the immigrants, we wouldn’t have any fruit or vegetables. So I think it’s pretty cruel for him to be out there doing that.”

Maybe, just maybe, she says, Trump might be enough to drive her to the polls.

But so far, no one has ever encouraged her to register to vote or to cast a ballot.

Latinos make up more than 85 percent of Lindsay’s population. Padilla is in her 50s, and she says when she was growing up here, the town was mostly white, and controlled by white farmers.

She says it’s taken a long time for Latinos to achieve a balance of power in local government. Now three out of the five members on the City Council are Latino.

But she worries that the activism that helped sweep Latinos like her into power in Lindsay could be diminished by a generation of would-be voters who are less politically engaged.

“If everybody thought voting wasn’t important, we wouldn’t be moving forward in the Latino movement, the Latino caucus, or anywhere you see that Latinos make a difference, because we are the majority,” says Padilla.

Padilla says her father marched with Cesar Chavez, and farmworkers were always stopping by their house for advice.

“Even though my dad wasn’t on city council or anything, he was an activist for the people’s voice,” explains Padilla. “I think that’s the ethic and the legacy that I’m taking over from my father, still being a voice for here in the town where I was raised.”

Padilla says her dad, who had only a second-grade education, taught his 14 children the importance of voting.

“I didn’t think it really mattered. But my dad, if he left anything for any of us to know, he says, ‘If you don’t vote, or don’t register to vote, then the government will take your voice away.'” 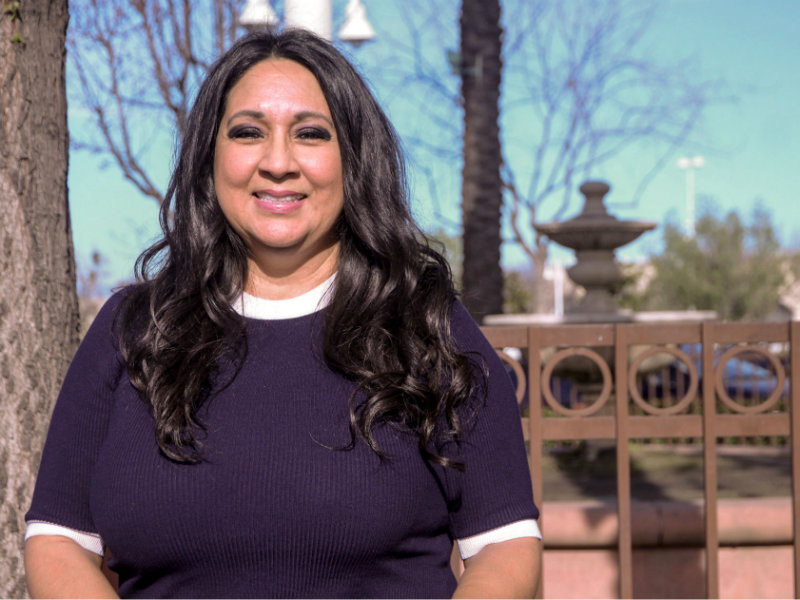 Ramona Villarreal-Padilla is Lindsay's first Latina mayor. The mayorship pays $75 a year and rotates among City Council members. She won her seat by about 50 votes in the 2014 election. Kerry Klein / KQED

Like a lot of mayors from small towns and mid-size cities, Padilla is hardly a fat-cat politician. As mayor, she receives only a $75 stipend each month. Her day job is as a mental health clinician in the schools. She’s also  working toward a Ph.D. in psychology.

Padilla takes me on a tour of the McDermont Field House, a former citrus packinghouse that the city turned into 172,000-square-foot indoor sports complex. It’s got indoor soccer fields, the largest laser tag space in the world and an indoor wave rider where landlocked farm kids can hang ten on a man-made swell.

“This was a project for Lindsay to be a fit city,” explains Padilla. “To improve engagement of youth in Lindsay, to have a place where they can come and not get themselves into trouble.”

But trouble came nonetheless. Not from kids, but through alleged financial mismanagement by previous city leaders that has left Lindsay’s current administration trying to figure out to pay for the sports complex.

Padilla says she’s trying to bring more transparency to the city and to get residents engaged. And that means all residents, including undocumented farmworkers who can’t vote. And their children, who can, but maybe don’t.

Like Amy Huerta. The mayor has a message for her:

“Amy, I get the sense that you’re thinking that it might not make a difference whether you would vote,” Padilla says.

“I’d like to say to you that it does make a difference because I remember from Lindsay City Council, people won by one vote. That (one vote) could be you.”

California Counts is a collaboration of Capital Public Radio, KPBS, KPCC and KQED to report on the 2016 election. The coverage focuses on major issues and solicits diverse voices on what’s important to the future of California. 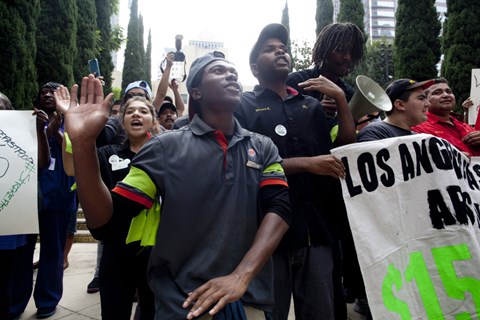 As Minimum Wage Heads To November Ballot, Business Groups Leap To Fight It 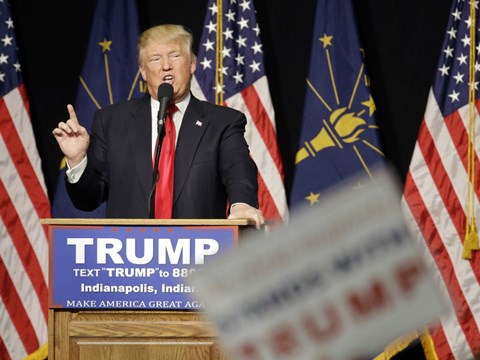 Donald Trump Brings Troublesome Relationship With The Truth To California 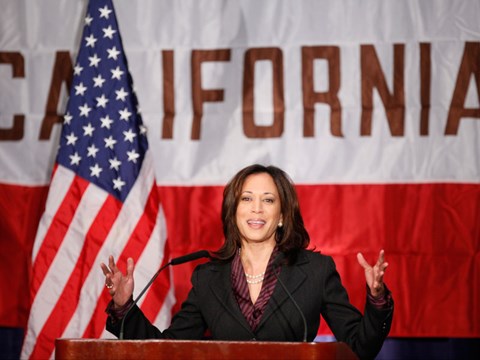