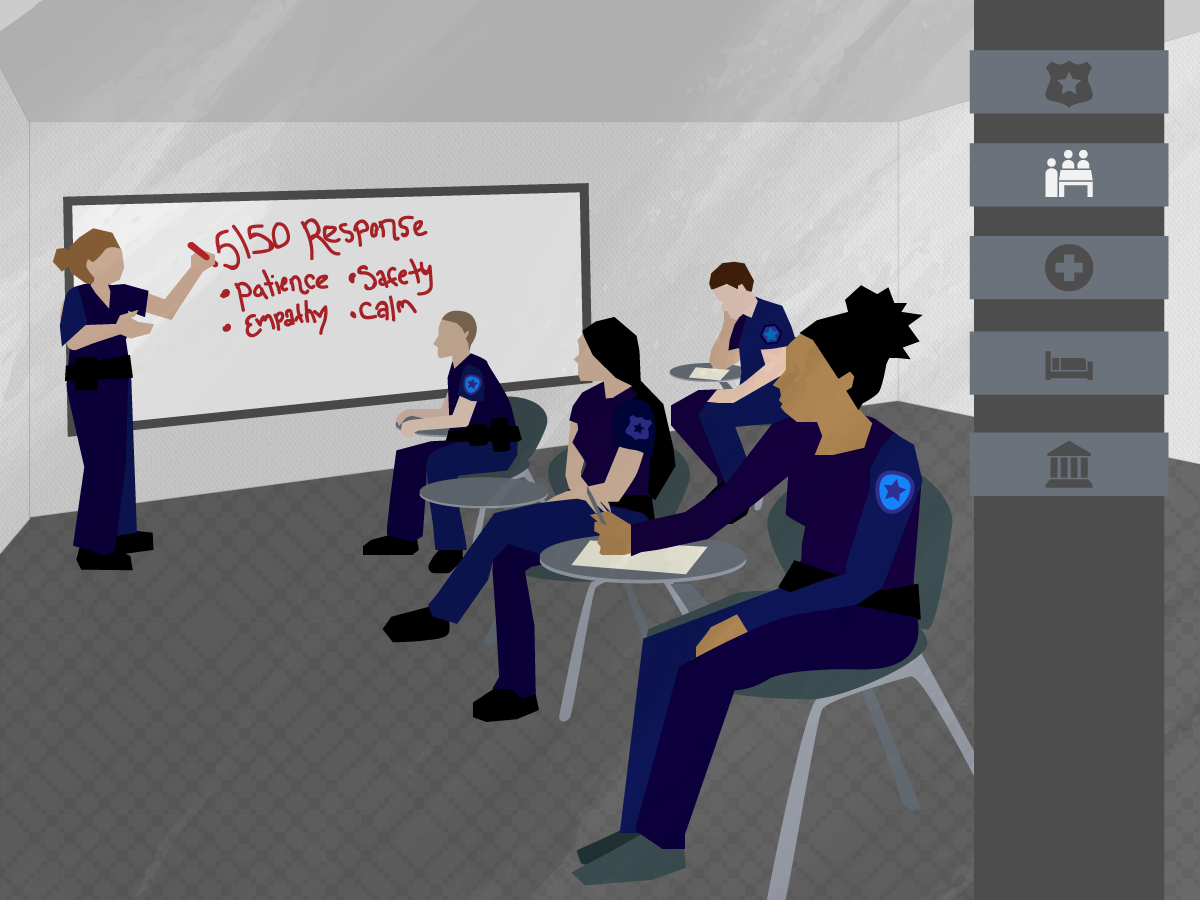 For decades, law enforcement officers had been on their own to figure out how to help mentally ill people during a crisis. But, in the past two years, the Sacramento County Sheriff's Department has provided training that is making a difference for both officers and those in need 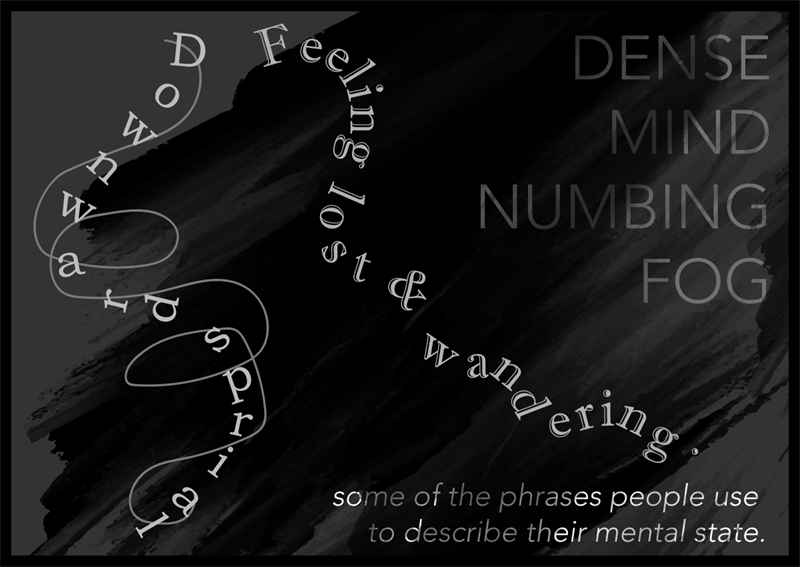 Every two months, 50 law enforcement officers from across the Sacramento region attend a Crisis Intervention Training. They listen as half a dozen people tell them what it's like to live with mental illness.

"Downward spiral." "Dense mind-numbing fog." "Feeling lost and wandering." "Self-imposed shame" are some of the phrases people use to describe their conditions.

Diane Mintz is one of the guest speakers. She's a recovering alcoholic managing a bipolar disorder with psychotic episodes. One of her goals is to explain why mentally ill people sometimes resist treatment.

"When I hear people say, 'Why don't they get help,' do you realize you have to use your brain to fix the thing... that really isn't functioning properly?" she tells the officers. 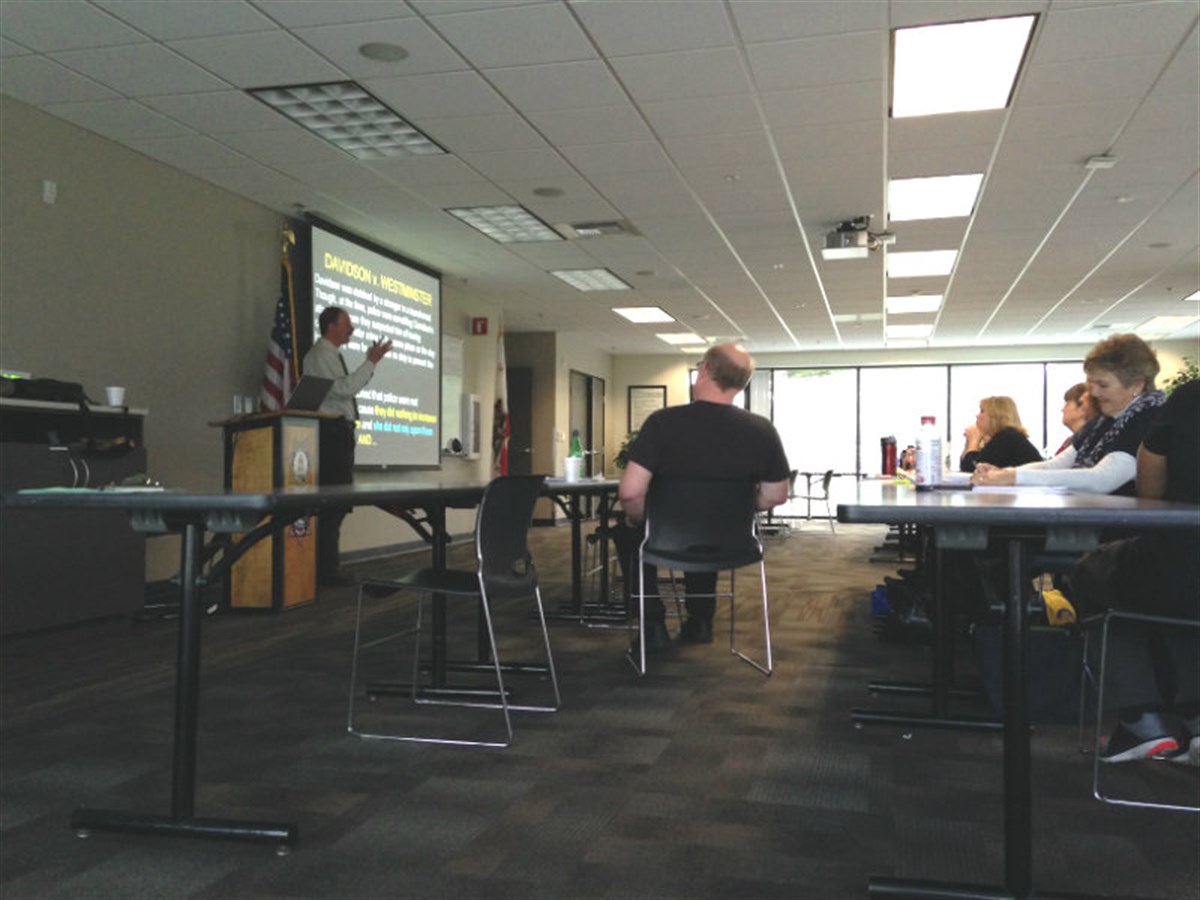 Mintz is a business owner and author. She says it took years to find the right combination of medications that allows her brain to function as it should. She hopes her presentation will remind these officers that their actions can help someone struggling to recover.

NAMI, the National Alliance on Mental Illness, estimates one in five adults in the U.S. experiences mental illness each year.

Sacramento Police Sergeant Greg Dieckmann is one of the crisis intervention trainers. He says patience and a mind set of de-escalation are key to creating positive outcomes when police interact with anyone in crisis. The techniques of speaking softly, asking questions, and listening can be the difference between life and death, especially for someone who is depressed and threatening suicide.

Suicide is the second-leading cause of death among people 15 to 24 years old.

The class provides insight into how mental illness affects not only the person with it but also friends and loved ones. A guest speaker named Marvin has a daughter who was sexually assaulted at college. She spiraled into depression, drug use and ultimately a psychotic break.

"[We were] crossing the causeway, and she wanted to get out of the car and she nearly did several times," says Marvin.

He told officers to be mindful that family members undergo extreme stress during a crisis.

"I want to really emphasize if there's somebody there, how important it is to interact with us," he says.

The training includes safety tips when interacting with mentally ill people who seem intent on violence, including "suicide by cop." 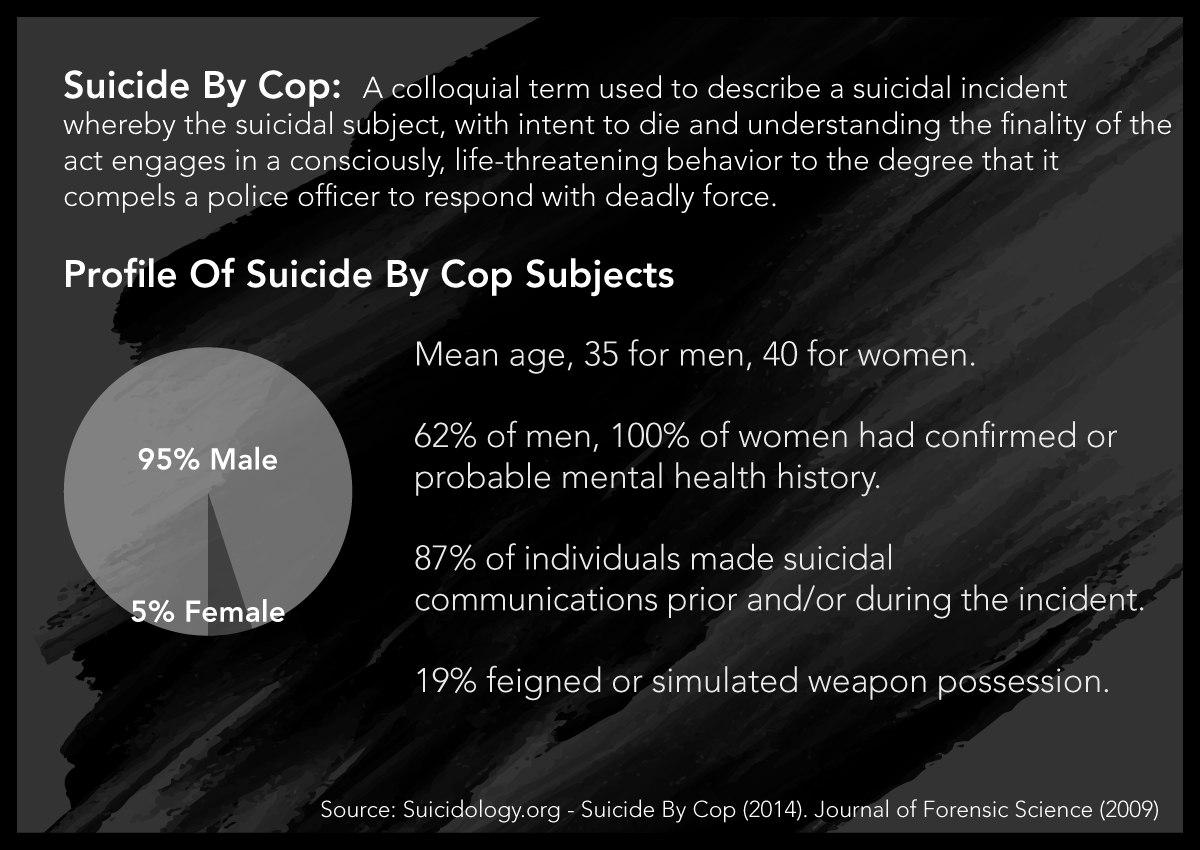 Dr. Joel Fay is a retired San Rafael police officer and a trainer. He says mentally ill people and their families are winning an increasing percentage of lawsuits filed when someone is injured or killed during a mental health call for service.

"The courts are very specific," explains Fay. "You cannot kill somebody to prevent them from committing suicide and say you did a good job."

The Ninth Circuit Court of Appeals has ruled police must take into account a person's mental illness and make the same accommodations they would for someone with a physical disability during a call for service. That case is on appeal.

The class has been an eye-opener for Rachelle Yost. She's a supervising El Dorado County probation officer and says more than half of the people in the department's case load have mental health problems.

"Just knowing little things what to look for," says Yost. "If they're loud, talk calm. You don't think about if they're schizophrenic, there's several things going on in their head and you're just one of them."

Trainers encourage officers to be aware of their own mental health. More than 2,600 officers from 50 agencies took the sheriff's department training in the last two years. The classes are mandatory for all Sacramento city and county officers.