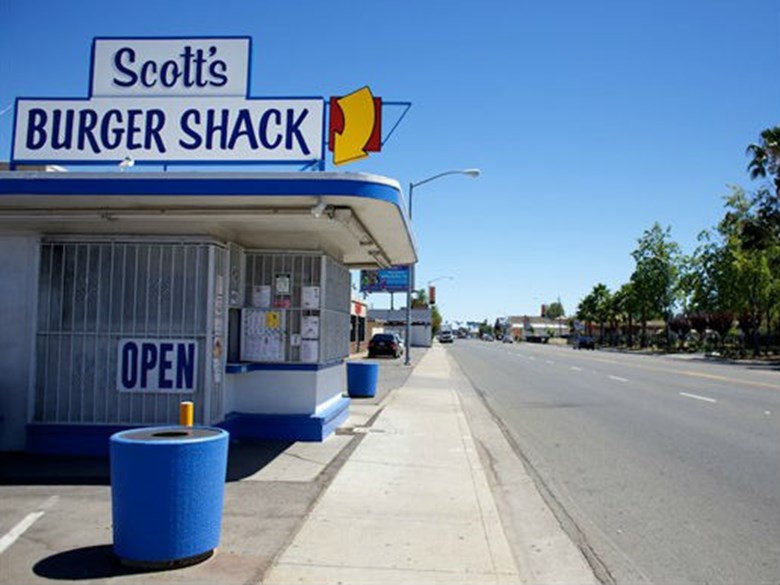 Special Elections It might seem bizarre that a Republican and a Democrat vying for a California state senate seat in a Central Valley district with low voter turnout have cumulatively raised more than $4 million. But the picture becomes more clear when you realize the results of this race could shape California politics for the next decade. If Republican Andy Vidak wins the race, Republicans will be one seat closer to ending Democrats’ supermajority in the senate. If Democrat Leticia Perez wins, Democrats will solidify that supermajority. We’ll discuss the results of this race, plus we’ll follow an assembly race that could give Democrats a supermajority in the state’s lower house once again. Capital Public Radio's Marianne Russ tells us what happened.
Listen to Special Elections

Franklin Boulevard Journalist Cosmo Garvin has recently produced a radio feature examining how one of Sacramento’s oldest suburbs became one of the city’s most run down, blighted areas. You can find Garvin’s look at Franklin Boulevard at capradio.org and in the current edition of the Sacramento News & Review this week. We'll talk with him about what he heard while talking to residents and businesses along Franklin.
Listen to Franklin Boulevard

"Folsom's 93" The stories of the men executed at Folsom Prison had been untold for almost 70 years until Colorado author April Moore stumbled upon some of them in her late father's writings. The rest of the stories of the 93 men had been hidden in her great-great-uncle's closet, which piqued history buff Moore's interest. Thousands of pages of research later, Moore had written "Folsom's 93: The Lives and Crimes of Folsom Prison's Executed Men," a book about the strange pasts of the men hanged between 1895 and 1937. Tonight, Moore will hold a book signing at Time Tested Books, but first she joins us in studio to talk about Folsom's 93.
Listen to Folsom's 93

James Finch James Finch is mild-mannered IT Systems Administrator living in Gold River by day, but by night he's a rock guitar player with a new album, "Sum Of The Parts." He joins us today to talk about becoming hooked on guitar and we'll hear some of his album.
Listen to James Finch