The big-wave surfing competition along the northern California coast, the "Titans of Mavericks" is over for this year.

The one-day, invitation-only competition, held at the legendary Mavericks surf break near Half Moon Bay, started with 24 surfers Friday at 8 a.m. 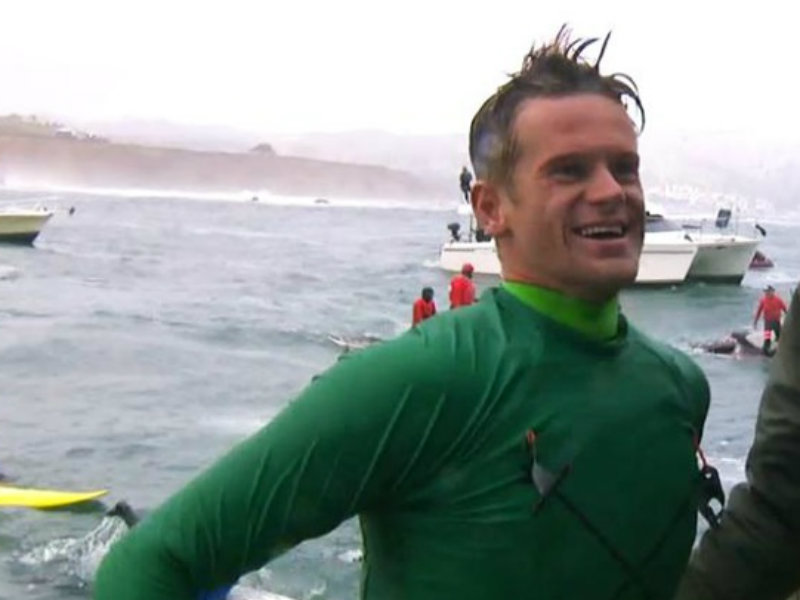 Nic Lamb of Santa Cruz won the 2016 Titans of Mavericks big wave surf competition at Half Moon Bay, Calif. After climbing aboard a boat following the final, Lamb said he was "over the moon" about winning the event.    Red Bull TV / Courtesy

While the waves weren't epic, the six finalists dropped into some 15 to 18 foot waves during the afternoon final.